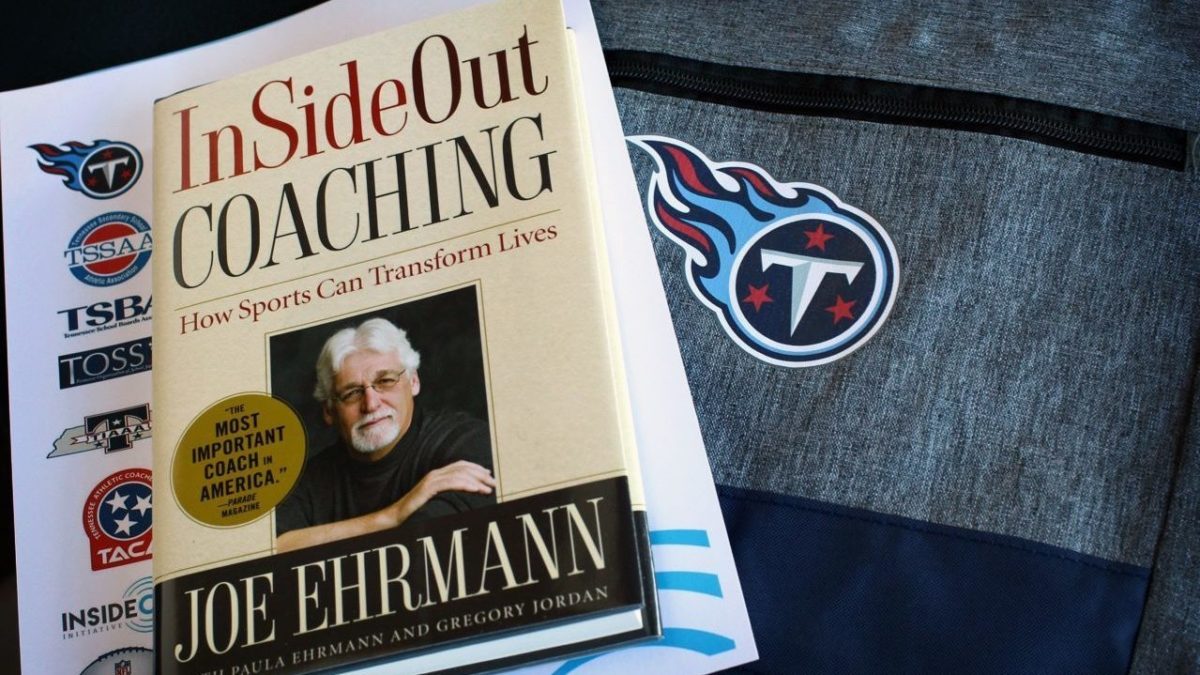 On Tuesday, August 27, the TSSAA and Tennessee Titans will mark Year 2 of the InSideOut Initiative in the Volunteer State with a kick-off meeting for the 2019-20 school year at Nissan Stadium. There is no cost for TSSAA member schools to register for the meeting, which is slated from 10 a.m. to 2 p.m. central. Lunch will be provided.

Schools that have previously attended an InSideOut session should register using the Year 2 School Registration link.

“The purpose of this initiative is to really transform the current sports culture we’re fighting against, this win-at-all-costs culture that is really getting pushed from both sides,” said Reeves, assistant executive director for TSSAA. “The educational athletics segment is a setting that’s getting pressure from the $15 billion youth sports industry. The travel ball world, paying for this, paying for that, paying for results and an expectation to win at all costs is getting pushed into educational athletics.

“College and pro sports, really, is an unrealistic avenue for 97 percent of population and this program really promotes the development of a young person into the character of the young person.”

Reeves noted between 100-150 TSSAA member schools participated at some level last year during InSideOut’s initial roll-out in Tennessee. The numbers already have been bolstered as Year 2 has approached. The upcoming meeting, Reeves explained, has benefits for those already familiar with the program and those still looking to engage the initiative.

“From Year 1 into the beginning of Year 2, the focus is really on trying to take an internal look at your own programs and collectively as a school to see where you are, and kind of ask, ‘Is your primary purpose to develop young people or to try to win ballgames?’” Reeves said. “With that comes development of common language within a team and program that aligns everybody involved with this. Everybody understands our goal is to win, but our purpose is to be much greater and to develop young people."

Mark Reeves had been in the classrooms, hallways and even on the wrestling mats as a teacher and coach in a Tennessee high school before he joined the Tennessee Secondary School Athletic Association.

Josh Corey also was a high school coach before he joined the Tennessee Titans’ staff as Football Outreach Manager.

A few years ago, at NFL meetings in Indianapolis, Corey listened to a presentation on the InSideOut Initiative from former NFL standout Joe Ehrmann and Jody Redman, a former women’s college basketball player who is Associate Director for the Minnesota State High School League.

“We were at the community relations meetings at the league level about three years ago, and they were presenting on this InSideOut Initiative,” said Corey, a former football coach and administrator in Neptune Beach, Fla. “I’d heard a lot of these and had heard a lot sitting in the seat with the NFL club as well. This one just seemed different to me. And the reason it seemed different is because a lot of these initiatives programs, they put responsibility back on coaches. And our coaches, their responsibility plate is already full. This puts responsibility partly on coaches but also on all educational stakeholders, principals, coaches, community members, parents. It is a very well-rounded program.

“We really liked what we heard, and thought there’s definitely a need for this.”

Reeves, Corey and a growing number of influencers across Tennessee are excited to be involved with a program that emphasizes the greater benefits of educational athletics and role in character development.

“We’re not going to devalue the strive to be excellent, to win, to be the best. This is just a curriculum for greater purpose and to develop young people into better citizens, husbands, wives, mothers, community leaders for the future.”

Corey echoed those sentiments from the Titans’ perspective and touted the franchise’s longstanding relationship with TSSAA.

“We support many different interscholastic athletic initiatives and thought this closely aligned with our thoughts of supporting things that helped develop the whole student-athlete,” he said. “Taking the focus and shifting from win-at-all-cost mentality to develop good character, good responsible young adults and using athletics as a vehicle to develop those characteristics. Things that can help them be successful adults in different areas of life.

“The TSSAA has been an outstanding partner with our organization. Extremely easy to work with, very well respected in interscholastic sports/educational communities here in Tennessee. Because of relationships they have, they really have done an outstanding job of getting other educational groups on board with the InSideOut Initiative. The state school board association, state superintendents association, all these diff groups that by ourselves we would have a hard time getting in the same room and plugging into them. The TSSAA has a good relationship that’s kind of brought everybody in the room.”

To learn more about the program, visit InSideOutInitiative.org.