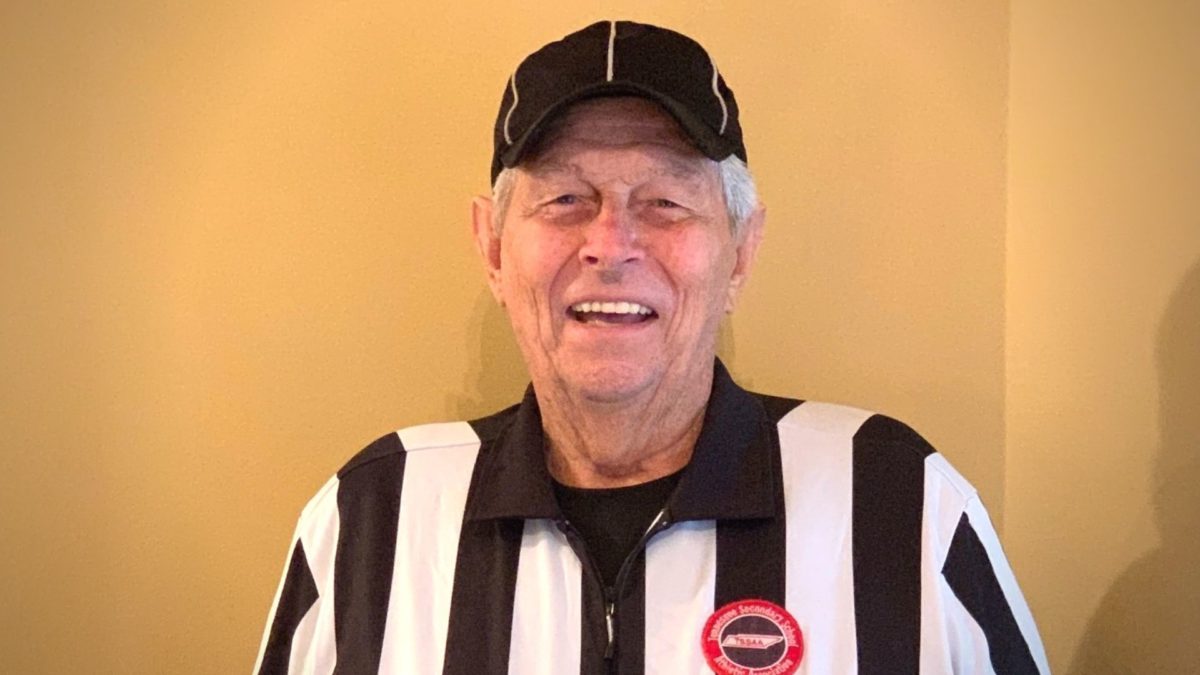 Wink and a whistle: 60 years of memories

The first game was a three-man crew with a whopping $15 paycheck.

Along the way, there were a trio of state championship contests, countless playoff matchups and games from Memphis to Hendersonville and myriad outposts in between.

On the football field, W.K. ‘Wink’ Willoughby saw it all across an officiating career that has spanned a dozen U.S. presidencies and is winding up this season after 60 memorable years.

“I’ll just be honest with you, I didn’t really do it, the Lord did it,” Willoughby said. “I’m just a vessel. He allowed me to have the 60 years."

Willoughby, who earlier this month celebrated his 86th birthday, suffered a serious accident in his machine shop which sidelined him for 14 months.

"About four or so years ago, I tore up my knee, my leg, broke my wrist, and right arm," Willoughby said, recounting the extent of his injuries. "I was told, ‘Don’t put any weight on your left leg or it will collapse like an accordion.’”

After beginning his football officiating career in 1960 and knowing he was closing in on six decades of service, Willoughby faced the very real possibility that his time as a key cog of Friday night crews was over. But officials' supervisors Joe Darr and Paul Holt Sr., among others, intervened on Willoughby’s behalf.

“He had a focus to get to 60 years. I’ve never seen it happen before and I can’t tell you I’ll ever see it again.”

“Joe Darr is like a brother to me, also a retired official, and he was a supervisor in the Mid-South Football Officials Association (MSFOA). I asked Joe if there’s any way they would allow me to do a game up in the booth,’” recalled Willoughby, noting his desire to keep his longevity intact with his offer to operate the game clock from the press box.

Willoughby had worked the first-ever Class 5A state championship game held at MTSU’s Floyd Stadium in 2001, and now twice in more recent years has helmed the clock for championship bouts at Tennessee Tech’s Tucker Stadium in Cookeville.

Willoughby’s selfless approach resonated then and has continued as a shining teaching tool for younger officials still acclimating to the nuances of the striped life.

“Most people would just use that as an excuse to get out and walk away, but Wink was troubled by the fact that he couldn’t do what he once did,” said Don Williams, an assigning officer with the MSFOA. “It troubled him we had to do more for him to work games, to put him in games where he could sit down and work. The average guy says, ‘I’m hurt, I can’t do it, I’m out.’ Wink didn’t; he persevered.

“He had a focus to get to 60 years. I’ve never seen it happen before and I can’t tell you I’ll ever see it again.”

Before Willoughby would move to the Bluff City to help launch a division of Baptist Memorial Hospital, he played his high school football at the old East High School in Nashville. An eventual state championship experience helped supply the bedrock for Willoughby’s foundation in officiating.

“We won the Clinic Bowl, which I think was the forerunner to the playoff games,” Willoughby recalled. “The Clinic Bowl pitted the two top teams. It was East against (Nashville) West; we beat West.

“But the purpose of the game, which impressed me so much, the proceeds went to the Vanderbilt Children’s Hospital. And the motto was, ‘Strong legs run so weak legs can walk.’ That just really impressed me that football can be something more than hitting each other and getting a touchdown.”

To be clear, Willoughby’s life has been enriched far beyond the gridiron. After losing his first wife, Willoughby remarried 27 years ago and speaks still with the fondness of a newlywed.

“(Carolyn Marie) happened to be the office manager for my dentist, a gorgeous blonde and statuesque,” he said. “As pretty as you can imagine. I thought, ‘My goodness, she’s a pretty lady.’ So before I left, I talked about exchanging numbers and I was nervous and that’s how we met. We went out, had dinner and started our relationship. A wonderful Godsend to both of us. We have a lot of fun together and laugh a lot and don’t have many moments where we disagree on anything. I’m not boasting, but I say this thankfully, we fell in love, got married and had a beautiful life that’s still going.”

The desire to carve as many memories as possible on this earth with his wife, five children, 12 grandchildren and eight great-grandchildren -- not any less love for the game of football or camaraderie of officiating -- is leading Willoughby to retire at month’s end. He was on the clock for the start of the 2019 season, a Week 1 contest at Collierville, and will close out his officiating career this weekend at Memphis University School. 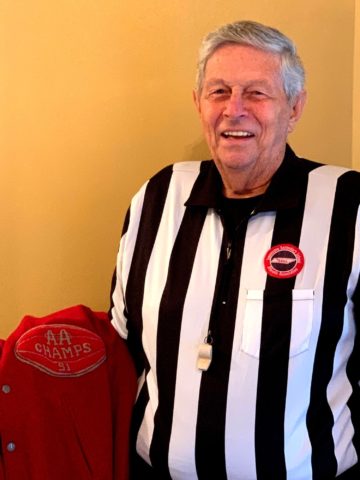 He’s exiting with memories aplenty and if there’s anything other than good ones, forget hearing about them from Willoughby.

“I had a game in Antioch one Friday night, and we had a tremendous lick on a player,” said Willoughby, who noted that nearly his entire first decade of service occurred in the Midstate. “I looked down and he had a compound fracture on his leg. I thought, ‘Oh my goodness, this has gotten to be taken care of immediately.’ The player said, ‘Mr. Ref, if you’ll help me up I’ll walk over to the bench.’ And I said, ‘Not this time, not this time.’

“There was a game in Memphis, behind Central there. The linebacker came up toward me before the second half kickoff and he wanted to talk to me but wasn’t sure what to call me. So he tugged on my left shirt sleeve, he said, ‘Hey, Heavy.’ At that time I weighed 305 pounds, so he was justified in saying that. He said, ‘If you could shift left or right, I’d appreciate it. Because when you’re in front of me, I can’t even see the backfield.’ And I said, ‘I’ll move in any direction so you can have your best game ever,’ and he did have a good game.”

Willoughby’s personal philosophy for four quarters on a high school gridiron might as well be a blueprint for any official.

“With officiating, you have to call some fouls if they’re flagrant, but I personally enjoy helping the players,” he said. “Helping young people is a great asset in my mind to the organization. Coaches and players work all week long and have three hours to show what they’ve practiced and learned.

“To me, you need to respect their effort as well as respect the rules of the game. We try to do that. If you can help a young man think a little differently about life, that’s great.”

Willoughby hasn’t just impacted youth; Williams made clear his impact has resonated to all in his circle.

“Wink’s always been willing to work and be a part of it. Football’s been a big part of his life a long time. He was going to retire at the end of the year. He wanted to get 60 years in and he did. He’s been great for everybody.

"I’m going to miss him. Personally and professionally.”

So, too, is the sport. The man who strived to stay out of sight somehow leaves a shadow that will be missed by all.