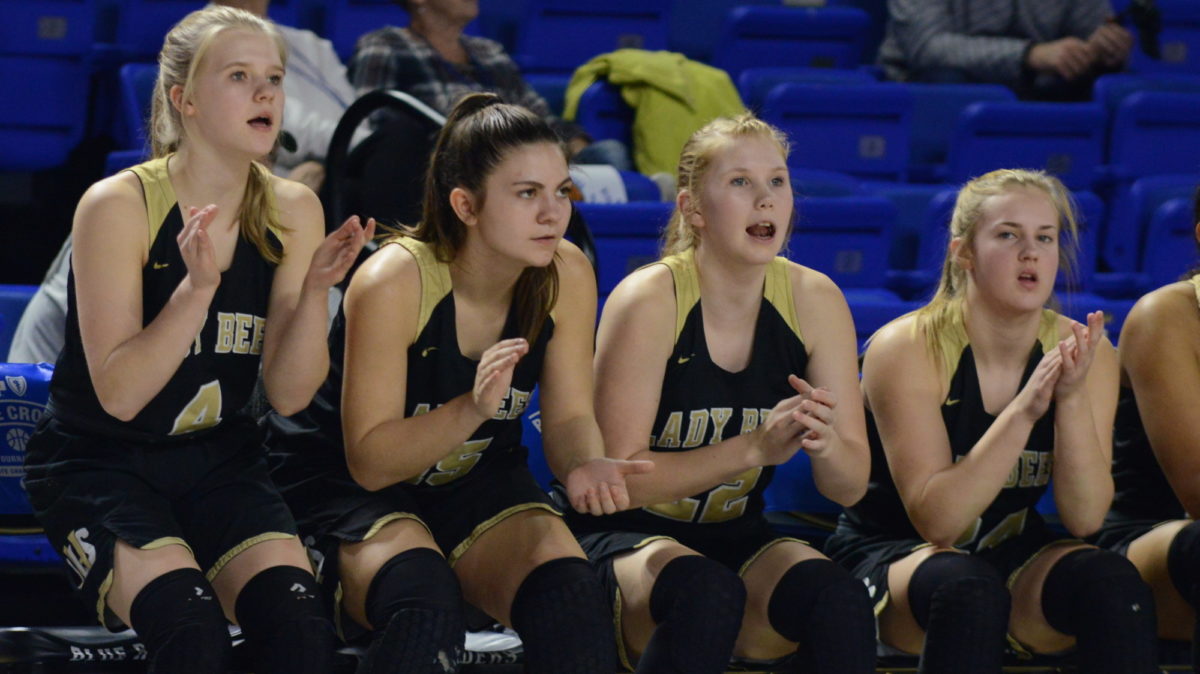 In the early morning hours of March 3, deadly tornadoes rampaged across the state of Tennessee as many of its residents slept.

By sunrise on that Tuesday, damage spanned from west of Nashville to more than 60 miles east along the Cumberland Plateau. The death toll in Tennessee would rise to 25; injuries were far more widespread.

Somehow, just two days later, Upperman High School’s girls’ basketball team mustered the fortitude to play in the Region 4AA championship game. Despite coming up short, they would have one last shot, 48 hours later, in the sectional round for a berth in the BlueCross State Basketball Championships.

Like the girls’ team, the boys' would have one final chance for a trip to the state tournament in the sectional round.

In a magical rally, and within a 48-hour span, both would win challenging games on the road. The Upperman Lady Bees upended host Meigs County for a spot in the state’s final eight and on Monday, March 9, the Bees dismissed host Howard High School of Chattanooga.

Both Upperman teams had punched tickets to Murfreesboro. Both teams had won by an identical 44-42 margin.

Of course, they’re coached by the husband and wife tandem of Dana and Bobby McWilliams.

Youngest son, Jace, is a junior on Bobby’s team, his 20th at the school. He joined all three of his older brothers, including Covi, who have all earned state tournament berths as Upperman players.

“For us, basketball has always been a big part of our lives,” said Dana McWilliams, a former Tennessee High School Coach of the Year with 26 seasons at the helm. “[The disaster] put basketball in perspective and it’s still something we enjoy and love to do, but it was really hard right after the storm. It was nice to kind of get back on the court, but also a little bit stranger.

“We were both fortunate to win our sub-state games, and it meant a lot to both teams for us.”

This journey, however, is like none before. When the tornadoes splashed across Tennessee earlier this month, they destroyed the homes of a trio of Upperman basketball players --- girls’ team members Torie Brooks and Ashland McClellan; Rex Davis from the boys’ squad.

In all, Dana McWilliams explained, approximately 30 students from Upperman High School lost their homes. The middle school-aged sibling of an Upperman student was killed in the storm.

The school’s enrollment is only about 750 students.

“Well for us, it’s been a very emotional time,” she said. “We saw our community just struggle with a lot of things, we lost lives and many lost homes. But the flip side is, we have seen so many people reach out and it’s been emotional to see so much good in everybody. For us it’s just been kind of a roller-coaster. We were fortunate enough to make it to the State Tournament, but I look back and it definitely puts basketball in perspective.”

As the close-knit community rallied together around their state-bound basketball teams, an unprecedented health crisis --- the global pandemic, COVID-19 --- brought society to a full-stop. The girls’ basketball tournament got its first two days of games completed, albeit under surreal circumstances as all sports at all levels eventually ceased play across the country.

In one of Tennessee’s final games and one of the final athletics competitions anywhere in the country, the Lady Bees thwarted Gatlinburg-Pittman to advance to the Class AA semifinals.

“People were still struggling to find a place to live,” Dana McWilliams said. “Our players themselves, some were displaced, and they had endured the tornado and had to find places to live with family, and then they had to all move to a new apartment or a new place to rent, all in a five-day span. And also they were practicing and trying to prepare for a game.

“It was just overwhelming, I think, for those kids. We were emotionally and physically exhausted but our crowd and our community love sports. This all kind of put sports in perspective, but we just want to use it if we can, to take some time and give pleasure to people to watch. I’m thankful for that.”

Both coaches had given their student-athletes the option not to play the games in the wake of the natural disaster. Everyone voted to participate.

Brooks and McClellan combined for eight points, seven rebounds and two steals in 38 combined minutes on the court in that state tournament contest.

“Rex Davis lives directly across the street from Ashland, and Torie was staying with Ashland (the night of the storms),” Dana McWilliams said. “Rex was on the second level and his house was destroyed down the foundation. He was in the yard.

“People don’t realize what these kids have been through. I can’t imagine now every time anyone talks about storms, what is going through these kids’ minds. And these are great, great kids.”

No sooner had Upperman’s staff and students returned to school than had Tennessee and its local districts made the decision to suspend school operations due to the COVID-19 pandemic, which has now crested 100 known cases in Tennessee.

Nothing is normal for Upperman. Except, after all, the community bond.

“Our community is always such good supporters,” she said. “When we got back to school Monday, and we actually left Tuesday (due to the closures), so many kids there had lost our homes and their world just got changed around again.

“I’m hoping that if we get back and have some sense of normalcy, I feel certain our students and community will be together. We’re completely in support of them, and I know their support for us.”