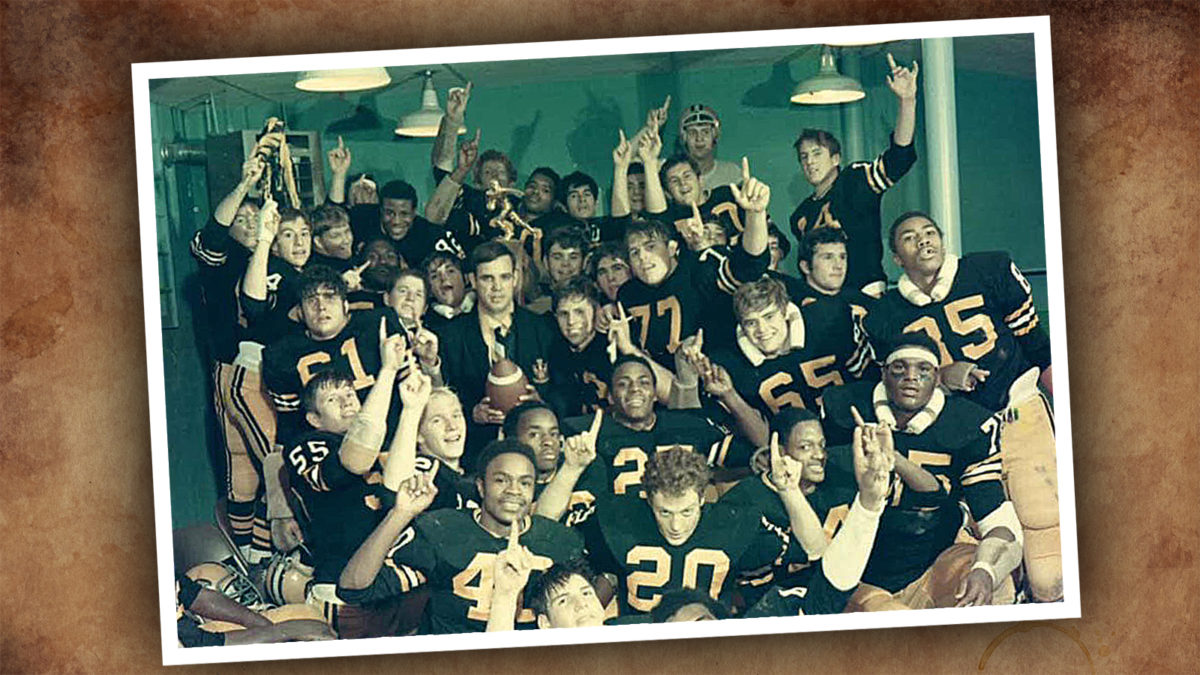 First in a series of articles about the 1970 football champions.

At the time, Gene Windham wasn't even sure it was his best team.

It's a stance Windham likewise proclaims.

“It was just a wonderful year; I think they're the best team to ever play in the state of Tennessee,” said Windham, then the Central head coach who would later spend a decade on staff at Vanderbilt. “I'm basing that on players' talent, football ability, we had an advanced system and the schedule we played.

“Players always make the team. Coaches don't make players. Players make coaches. Just God landed those players there, and we got to coach them. I worked over at Vanderbilt for 10 years and was the recruiting director for many of those years. I saw thousands and thousands of films and visited hundreds of places, and I never saw another team that could equal what we had.”

As it was holding Memphis Melrose scoreless in that 1970 bout, cruising to the title with a 36-0 triumph, Central also was cementing its place in Tennessee lore. On a roster with only 39 players, 16 signed college football scholarships, Donnie House pursued professional baseball and Ed Netherland served as head trainer for Bill Battle's University of Tennessee program.

Among those signees, Jerry Anderson and Leo Martin signed with Oklahoma, where they won a pair of national championships. Anderson commanded All-America honors during his Sooners career and also played in the NFL. Eight players inked with Southeastern Conference programs, three signed with MTSU and Luther Allen landed at Oklahoma State.

“The playoffs were still in their early stages at that time,” said former TSSAA Executive Director Ronnie Carter, then a high school coach. “There were still a lot of undefeated teams who didn't make the playoffs.

And why not? In an unblemished 12-game season including the semifinals and state championship bout, the Tigers allowed only 71 total points – an obscenely stingy average of just fewer than six points per game. Only two of the two opponents scored two touchdowns.

Offensively, Central opened its 1970 revenge tour – it had lost in the '69 playoff semifinals – with five-straight games of 48 or more points and scored 36-plus points in eight contests, including the championship crescendo.

“We knew we had to win them all,” Windham said. “If you lost more than one, you probably didn't make the playoffs.”

Windham still can see the first offensive and defensive snaps of that title contest.

On defense, the Tigers crashed through the Melrose line of scrimmage and dealt a devastating, tone-setting blow to the Golden Wildcats.

“We were able to penetrate the line and tackle the quarterback for a loss,” Windham recalled. “We hit him so hard, his helmet flew off. That set the stage for how our players played on defense.”

A busted play on offense, one that turned into a first-down gain for the Tigers, similarly established the tone on that side of the ball.

“On offense, we had a trap play called to the right, and we didn't trap the tackle,” Windham said. “Donnie Bratton was so fast, he was able to cut right and get 12 yards with no blocking. Both those plays get down to personnel and not coaching. I remember then on offense, we moved the ball right on down the field. We ran a fake trap play and threw the football to our fullback, who popped up wide open.”

Central, Windham emphasized, had made it a point to diversify itself on both sides of the line of scrimmage. And a preseason scrimmage let the Tigers' head coach know his team had progressed onto an advanced level.

“We scrimmaged Trinity, and they'd been state champs in Kentucky for two or three years in a row, and we beat them pretty good,” Windham said. “I felt like that day, we were going to have a good team. A good team, not just pretty good. During the season we just took them one game at a time. They just enjoyed playing football, and I just kind of turned them loose and let them play on Friday nights.

“We would change formations on the line of scrimmage, which was never done before. Which means teams we were playing had to practice against two formations to get ready for us. We also flip-flopped our offensive line, pulling guards, and ran pro-set and spread people out, ran the strong-I and a variation of defenses.

“We were just lucky in Murfreesboro, they always did and still do like to play football.”

Just as Tennessee high school football historians still compare all champions to the standard stemming from that 1970 Murfreesboro Central team.