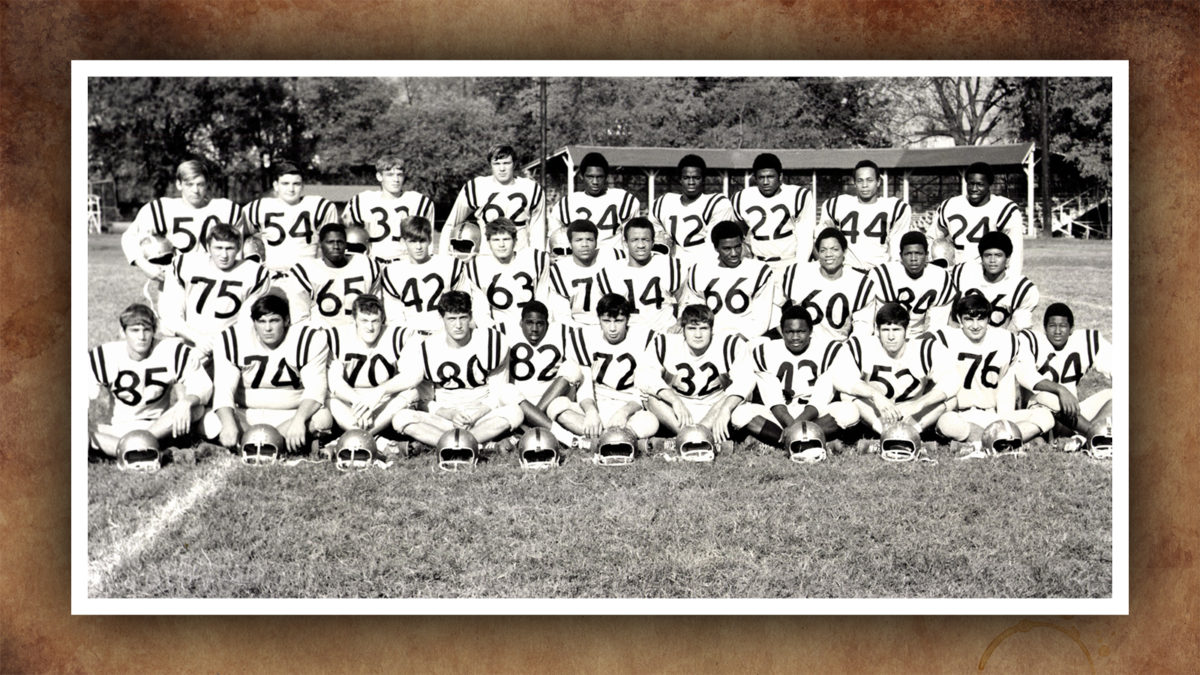 TSSAA Rewind: Finding direction, and a state championship, at TPS

Third in a series of articles about the 1970 football champions.

The stage was set the prior year.

It was 1969, the inaugural edition of the Tennessee Secondary School Athletic Association football playoffs, and Tennessee Preparatory School had carved a dominant path to the championship game. Burgeoning perennial power South Pittsburg had other plans, but the setback in the title game made the historical 1970 campaign all the sweeter for TPS.

“We were pretty confident the year before (in 1969), but we had never seen a single-wing offense,” former TPS standout and Nashville Metro Schools principal Larry Saunders said of the South Pittsburg scheme. “What I remember the most is we were coming off the field after that game, and another coach that knew our Coach (Bobby) Newby looked at him and said, 'I thought you were going to win.' And Coach Newby looked at him and said, 'I'll tell you what. I'll move up and play a tougher schedule next year, and we'll come up and win the state.'”

Unscored upon in either playoff game, the TPS Bronco Busters cruised to the 1970 Class A State Championship with a 34-0 tour de force against an up-and-coming Sweetwater squad that would chart its own path to history in subsequent years.

It was a landmark moment for the now-defunct school, a state-owned entity founded in the 1870s after a cholera outbreak in the Nashville area left countless young children orphaned.

Nearly 100 years after the founding of the school, the state championship game became a rallying point for the entire school. The state shuttered TPS in the early-2000s but has maintained a museum for it in which Saunders' state championship jacket proudly stands on display.

“At school it was amazing,” said Saunders, a tackle and special teams starter on the title team. “Everybody celebrated. Everybody was excited. Because we were a state school I don't think a lot of people gave us credit in athletics, because there were some good schools like Lipscomb. And a lot of people didn't think we had that caliber of a team.

“Once we played a lot of teams, they found out. We knew how to play football. It was an exciting moment for the school. And for us, too. Especially when we got our state championship football coats.”

The championship run was a precursor to a magical final year for Saunders and his classmates; he teamed with Jay Bonds, Tony Ford and Bill Thomas in the state championship track relays the ensuing spring in Memphis, where the TPS quartet set a then-record of 3 minutes, 47 seconds in the mile relay.

Sweetwater High saw firsthand that TPS had not advanced to the title clash by happenstance. The Wildcats had arrived at their first-ever championship appearance brimming with confidence, former quarterback Kippy Brown explained, but were popped early by TPS.

“If you look back through the record we had, I mean, we set scoring records and beat a lot of people badly,” said Brown, who would graduate from Sweetwater to sign with Memphis, win a Super Bowl in the NFL and hold a decorated coaching career at all levels of football. “We thought we were pretty good and, truth be told, we probably were a little full of ourselves when we got to that state championship.

“In football, talent usually overrides coaching. Now, coaching matters, don't get me wrong. But usually the most talented team wins; players on the field figure out how to win. In that state championship game, they were better. They had more talent than we did. But what it did was it showed us to where we needed to get to the next two years.”

Once TPS unleashed a fast start, Saunders said, the team felt destined to avenge its title loss from the previous year’s campaign.

“After the first touchdown, we felt pretty good because they weren't scoring on us and weren't really driving,” he said. “By the time we finished our second score, we got really fired up. We all played to go win the State, and that was all that was on your mind.”

The championship reverberated far beyond the field for TPS, both for the school's athletes and its general student body. Disadvantaged and orphaned youths saw that a common goal could be achieved; life's course still open to a path of success.

“We were just a group that started together in 1968 and stuck it all the way to the 1970s to win the championship,” said Saunders, who found success in both professional horse racing and in the United States Army's prestigious 101st Airborne before he dedicated his life to public education. “You get a few good guys coming in and transferring out. Court may have sent you there for a certain amount of time, but regardless if you were a good football player or not, you had to go back to your (home) county. We could lose some players that way.

“But to me and to others, it showed that regardless of where life has taken you, the outcome, you can change it. A lot of us didn't really want to be there (at TPS). We wanted to have parents, some of us didn't have parents. We thought it must be better in the real world outside from being in a state school.

“Then once you grow up with these guys, and back then we were black and white together, it didn't make any difference. We lived together, ate together, did everything together. We realized that we did have a future and we could do whatever we set our minds to do with proper guidance. We had some great coaches.”

Head coach Bobby Newby, a native of Warren County, passed of cancer in 2017 at the age of 82. A highly-regarded leader, he would later go on to coach at Dyersburg and Warren County high schools and is a member of the Warren County Sports Hall of Fame.

TPS had just a 30-man roster on that historic squad and, in addition to Newby, Saunders said, coaches Jim Webb, Dan Thompson, Tony Austin and Jimmy Gaylor all were instrumental to TPS' success. 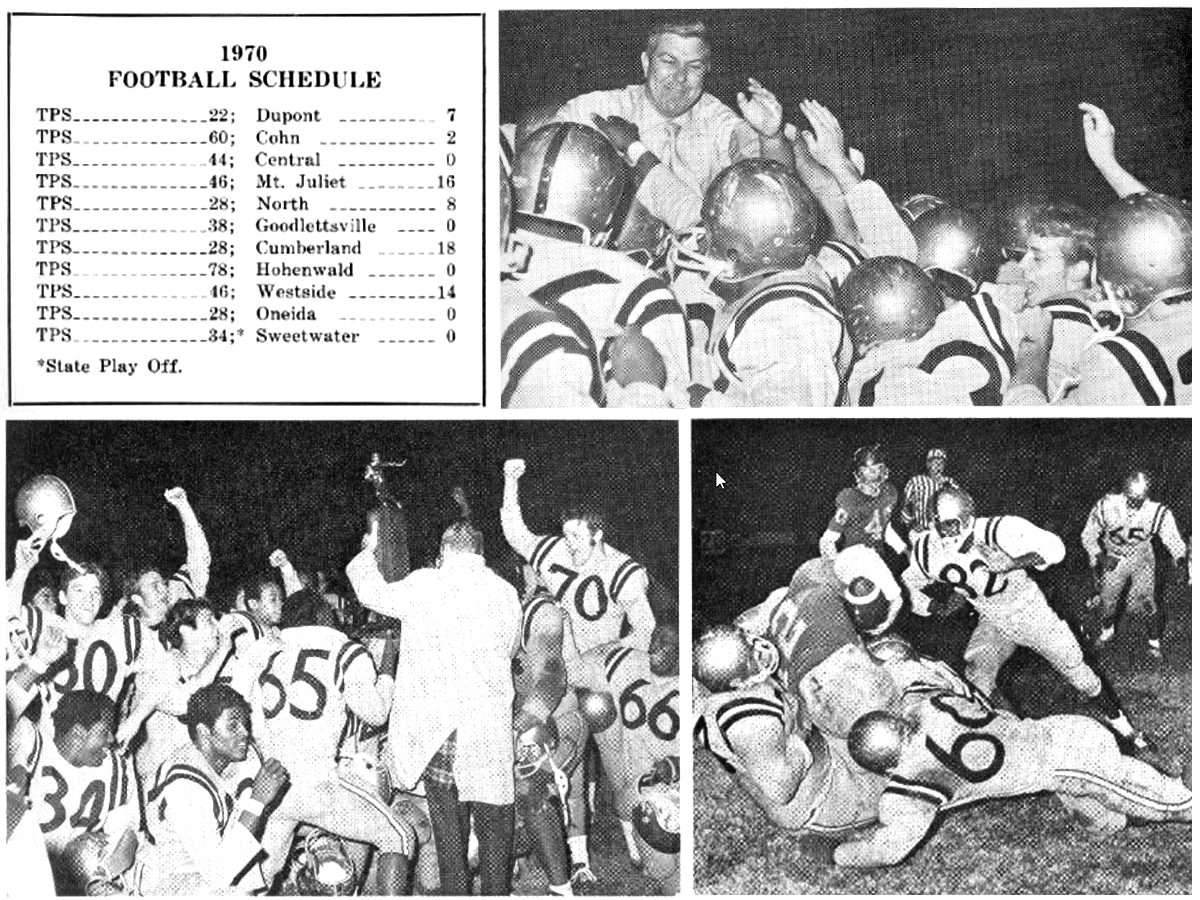