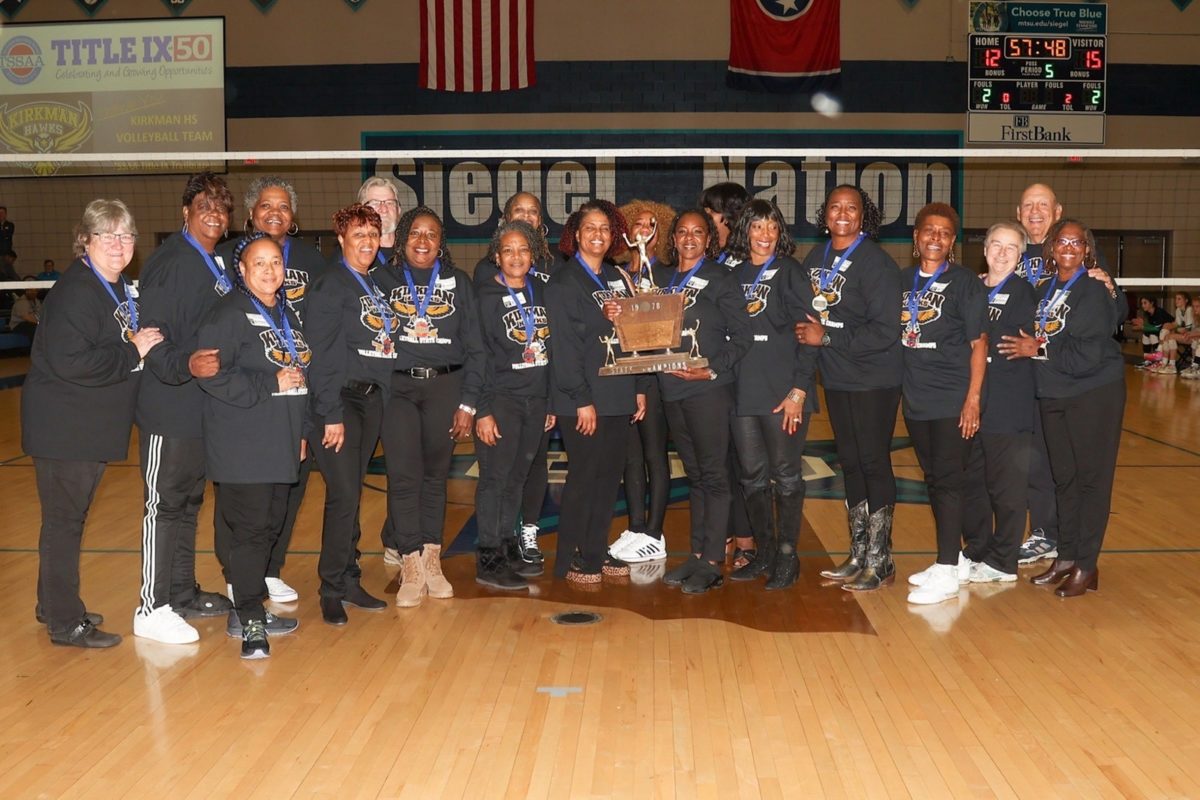 As part of an ongoing celebration of the 50th anniversary of Title IX, the TSSAA invited members of the 1976 through 1980 Kirkman Hawks volleyball teams to be honored at the Class AA Girls' Volleyball State Championship match held at Siegel High School on Friday, October 21st.

Girls’ volleyball was first sanctioned as a TSSAA sport for the 1976-1977 school year, and in October of 1976, the Kirkman High School Hawks out of Chattanooga became the first-ever TSSAA Girls’ Volleyball State Champions. Coached by the legendary Juanita Merrell, the Kirkman team was undefeated their first two seasons, and continued their domination by winning the first five state championships in the sport. The Hawks earned 171 wins and only 5 losses during those five seasons. 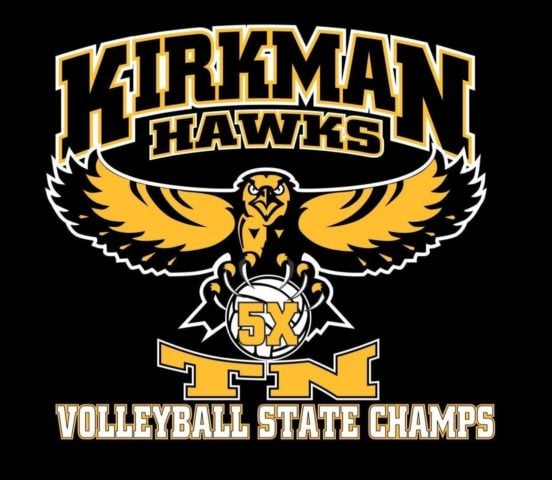 20 former players, coaches, and managers from the five Kirkman state championship teams were present to be recognized for their trailblazing achievements in propelling the sport of girls' volleyball to where it is today. Each was presented with a commemorative medal designating them as a "TSSAA Title IX Trailblazer", and in turn, bestowed the 2022 state champion and state runner-up medals on the Creek Wood and East Hamilton volleyball players, respectively. 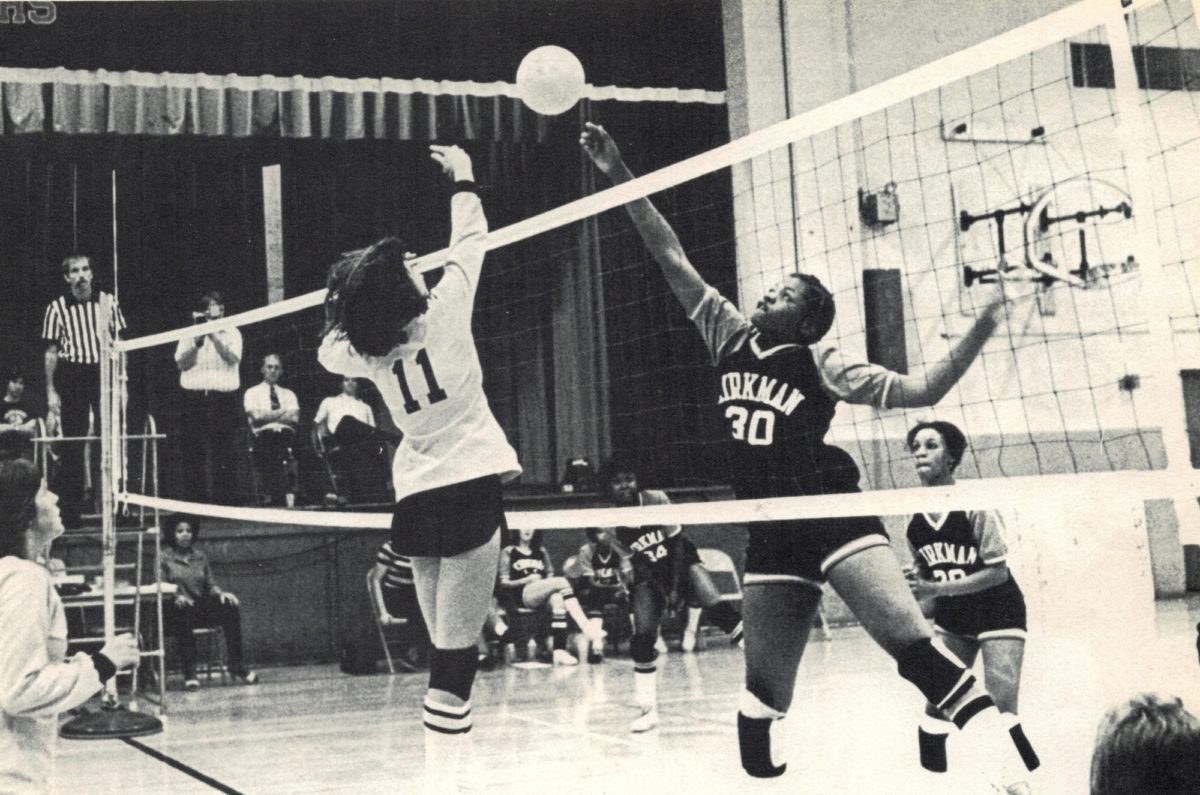 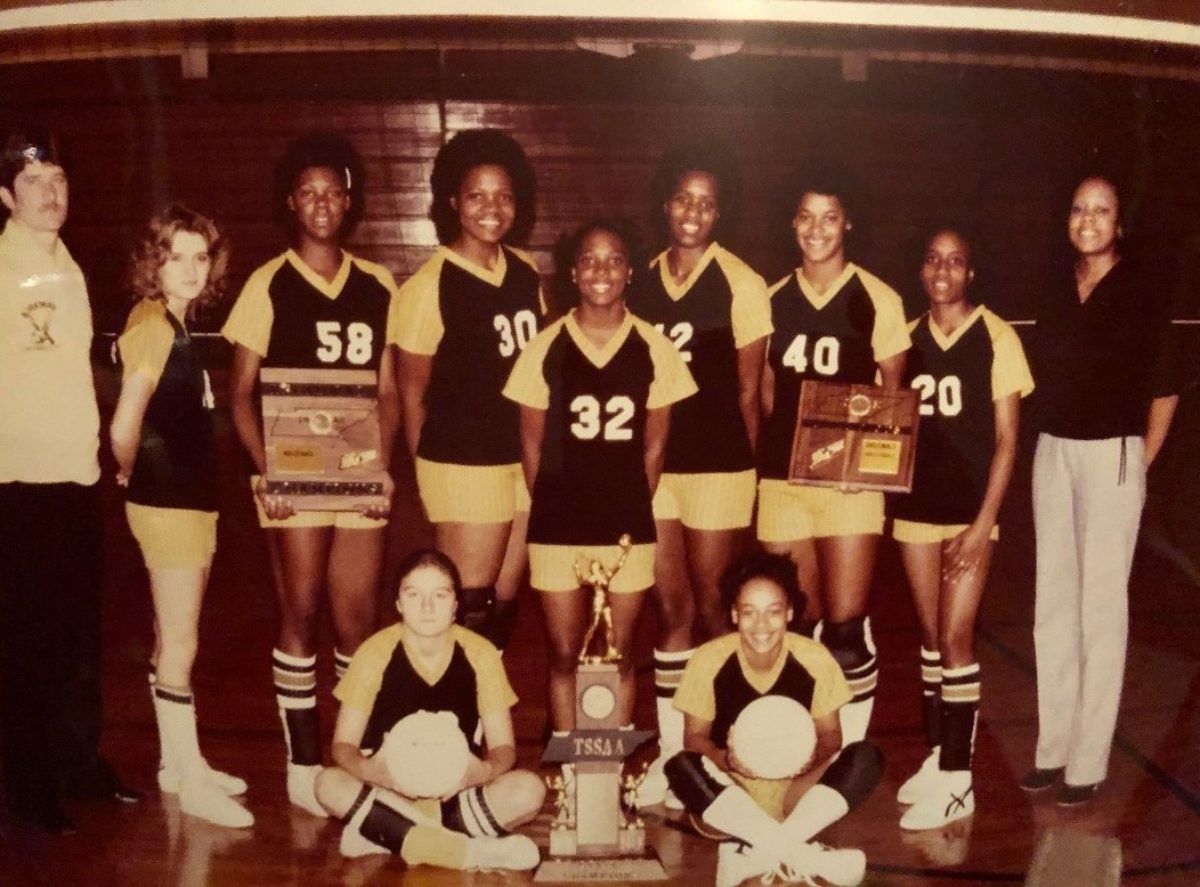