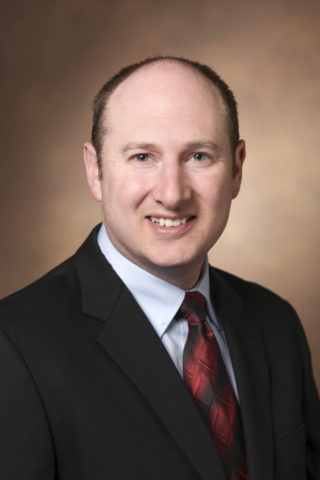 As an undergraduate student, Alex Diamond was tangentially intertwined with one of college athletics’ grandest basketball programs.

Today, in 2020, Dr. Alex Diamond has been intricately involved in developing the return-to-play guidelines amidst the COVID-19 pandemic for both the National Federation of High School Sports (NFHS) and the Tennessee Secondary School Athletic Association (TSSAA).

The common theme: Diamond is a sports advocate who believes in the positive impact, short- and long-term, that is derived from athletic competition and the camaraderie found in team sports. He’s also the recipient of the TSSAA Distinguished Service Award.

That Diamond, who played a variety of sports growing up and was a standout guard for his high school team in Pottsville, Pennsylvania, was an unofficial member of the Duke University basketball program, practicing and working out with players, as well as seeing first-hand Hall of Fame coach Mike Krzyzewski orchestrate his program, only further solidified Diamond’s beliefs.

“I think youth sports and high school sports can be transformational in a young person’s life,” Diamond said. “It provides an opportunity for not only improving physical health but more importantly, social and emotional health, as well as overall long-term well being.

“Sports, I think, leads to young men and women who are good citizens as they get older, hopefully leaders and people who have productive children. It’s really a unique setting that can do so much for so many.”

A 2019 Tennessee Pediatrician of the Year per the Tennessee Chapter of the American Academy of Pediatrics, Diamond is wrapping up his four-year term on the TSSAA’s Sports Medicine Advisory Committee while in the nascent stages of a similar role with the NFHS.

Neither organization, nor Diamond, could have envisioned the magnitude those roles would command this year, when the sports world at all levels ceased competition in mid-March.

High schools across Tennessee and the majority of the country spent an anxious summer wondering if prep athletics would be allowed to resume – by respective state organizations, as well as government entities.

“I think everything with this pandemic has been really educational,” said Diamond, team physician for both Vanderbilt athletics and the NHL’s Nashville Predators. “Not that I ever want to go through another one for all our sakes; it’s certainly one of those things where there is no playbook.”

Diamond, who has two children, Evie (8) and Evin (4), with wife Connie and resides just outside of Nashville, remembers the days that the task force’s guidelines could be nearly completed mid-morning and scrapped by the afternoon.

“Even just locally, and this is just the nature of this disease, we could plan for something in the morning,” Diamond said, “and would have all these hours planning and putting something together, then new information changes it and we would throw it in the trash and start all over again. There were multiple calls daily that went into [developing return-to-play guidelines] and a lot of those calls still continue. Not only trying to figure out good policy, but to get it to folks and determine how best to implement it.”

Diamond’s four years have been marked by tremendous contributions, noted TSSAA Assistant Executive Director Mark Reeves, but the organization could not have been better positioned to navigate these unprecedented waters of the pandemic with Diamond’s expertise.

“Dr. Diamond has been a tremendous resource for us,” Reeves said. “Even before he was appointed to our committee, he had helped us through our affiliation with Vanderbilt Medical Center. It really upped the ante for us last year when he was appointed to the NFHS committee and was part of the smaller sub-committee charged to draft guidelines to reopening high school sports and activities, which really became the guiding document for all 50 states to giving everybody a starting point for working with their own state and local governments.

“Just to have that person to be able to call on is incredible. I’ve gotten to know Alex very well these past few years and you won’t find a more humble, professional, servant-hearted individual. His being on the front-lines of those national-level conversations and his access to infectious diseases experts at Vanderbilt, has been a real blessing.”

“I think my work with TSSAA has been valuable and cherished by me,” Diamond said. “From Bernard Childress to Mark and the entire leadership team, there’s only one thing they care about and that’s student-athletes and doing what’s best for them. Making sure they not only have a safe experience but looking out for their overall well-being.

“I can tell you after covering my first high school game this season--and you still wonder if we’re doing the right thing, making the best decision--after that night, I felt really good. The excitement and looks on those faces with the kids and coaches so happy to just be on the field playing. That meant a lot to them.

That night, the coaches said, ‘We don’t care what the scoreboard says, this may be your one and only game all season. This is what you all wanted, so go have fun and enjoy.’ As long as we can keep it as safe as possible, I feel like we are trying to do the right thing by the kids.”