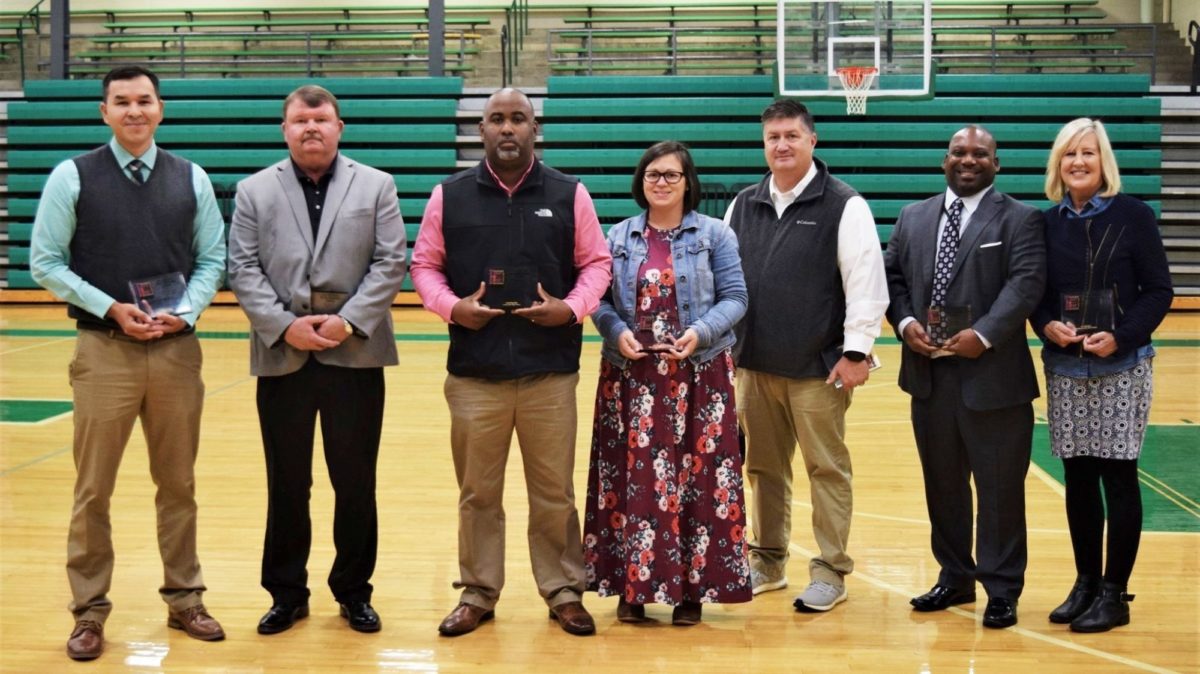 TSSAA honors Middle Tennesseans for their commitment to educational athletics

Schools and individuals from all parts of Middle Tennessee were recognized at the TSSAA Regional Meeting at Hillwood High School on Thursday, November 7 as part of the 20th Annual A.F. Bridges Awards program.

The A.F. Bridges Awards are given in honor of the TSSAA’s first executive secretary. He served as executive secretary from 1946 until his retirement in 1972. Under his leadership, athletics in the state of Tennessee reached a level of excellence and competence that earned the respect of all people. Mr. Bridges was a person of high principles who displayed firmness and fairness, as well as the high ideals of ethics and integrity as he and many other school people established the foundations of TSSAA.

Nominations were made by a Citizenship/Sportsmanship Committee and member schools in each athletic district and the final selection was made by a State Selection Committee.

Below is a full list of this year's Middle Tennessee honorees.

Official of the Year
David Laws

Official of the Year
David Davenport

Official of the Year
Eric Bradford

The A.F. Bridges Divisional Awards are given to schools that have had no reported unsportsmanlike conduct incidents during the previous school year and have displayed an overall positive effort to teach, expect, and demand a positive atmosphere of sportsmanship at their particular contests.

The schools that received this prestigious award were nominated by local officials associations and other member schools.

Of the 26 divisional recipients, one school in each class will receive Tennessee’s top award for overall outstanding effort, the A.F. Bridges State Award of Excellence. This is the highest award that can be bestowed upon a school to honor its overall efforts to promote citizenship and sportsmanship at school, and at athletic contests. The winner of that award will be announced at a later date.