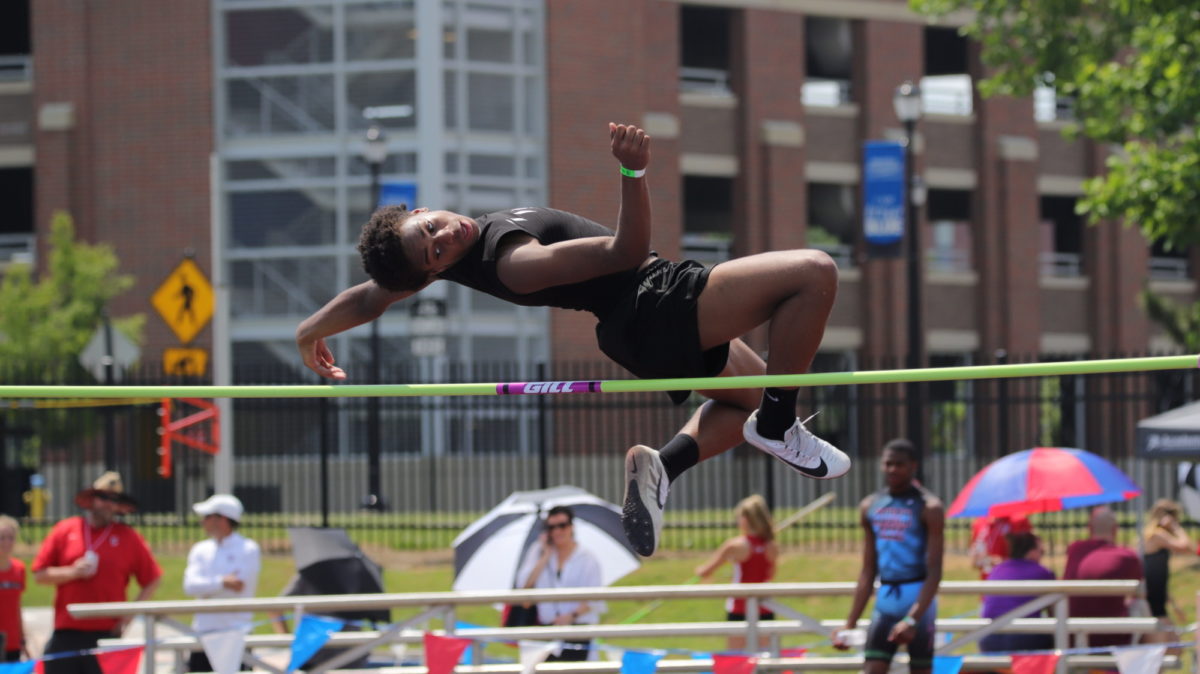 Track & Field is back after long absence for many student-athletes

State meet to be held next week at Rockvale High

It's getting there. As the high school track and field seasons navigate an unprecedented campaign on the heels of an unprecedented year due to the COVID-19 pandemic, coaches are seeing their sport transforming back into all they've really wanted all along: standard.

“Obviously, it's been very strange. It's just been bizarre,” said Kingsport Dobyns-Bennett track coach Bob Bingham. “Going into last year, I think we ran a meet on March 11 or 12. Then everything shut down that following Monday. We all had hoped to get back and have sectionals and the state meet. Then, during the fall with cross country and not being in school (due to virtual classes), the contact tracing, there was never any continuity. I think one reason our football guys did as well as they did was they handled the craziness with some structure.

“Now as we get into May, you've got proms, graduations. I'm thinking right now, 'Boy, this feels cool; it's normal.' So we've got track kids with prom, graduation parties, and it's complete chaos but that's normal. That's cool compared to what we all went through.”

Just outside of Knoxville, at Hardin Valley Academy, track season similarly is evolving into competitive life as it was two years ago, before the virus that swept the globe resulted in nationwide lockdowns, work-from-home lives and distance education, with no sports, for all.

“The last couple weeks have been as normal as any over the last 13 to 14 months,” said Hardin Valley coach Bryan Brown, whose powerhouse program just dominated the boys' and girls' team sectionals. “That's been the Knoxville City Championships, the sectional championships, and next week Spring Fling.”

Normal is set to get its year-end exclamation point in the coming days: Tennessee Secondary School Athletic Association's Spring Fling, the smorgasbord of prep competitions to crown champions in everything from baseball to softball; soccer to tennis; track and field, pentathlon and decathlon.

It's arriving at once, and just like every other sport this challenging 2020-21 academic year, track and field is getting its fitting finish.

“It is super-welcome, to be back at this point,” Brown said. “It's just that we kind of point our whole program to these three weeks. When we were in the weight room in September and training, it was always, 'It's X days until the K.I.L, sectional and state.' That was the focus. We kind of say, 'Everything else is practice until this time of year.' Now is when it's time to show all of the hard work.”

Every sport is experiencing a joyful return to competition this spring and the opportunity to crown champions in both individual and team formats.

Track might be the endeavor with the most student-athletes impacted after no championships last spring. There are about 12,000 high school track athletes statewide.

Bingham and assistant coach Brian Barrett, whom Bingham credits for his help in navigating the season, have the largest numbers of any sport at D-B aside from football.

“We've got 50-plus (team members) with boys and girls, and it's really been kind of cool to see as kids get into a routine, you see the relationships, the friendships, all the other stuff going on again,” Bingham said. “Then we got to start competing again. Kids are a lot quicker to bounce back and get back better than most people do in the adult world. Once we got going, we were lucky. We lost a few to contact tracing but never many kids out at one time. You could see that they were enjoying life again.

“I think TSSAA has done a good job of being safe and reasonable and kid-oriented.”

There is, of course, the unknowns from those lost seasons. D-B was coming off a girls' cross country title and also boasted individuals with great opportunities for championships in pole vault and high jump.

Brown's Hardin Valley program, which in the school's relatively brief, dozen-year history has emerged as perhaps the preeminent public program in East Tennessee, likewise had its usual nucleus of girls' and boys' seniors miss out last season.

“That was very difficult,” Brown said. “We had a really good group of seniors and every year we have eight to 10 boys and girls each that have been in our program for four years. They kept training and held out hope we would get to compete. Then Outdoor Nationals got cancelled. Pretty much everything else got cancelled.

“It's what was happening in society then, so it wasn't more hurtful for us than anybody else but it's tough because these kids had worked hard and were ready to shine.”

The bounce-back from a year ago to the present, from never-before-experience to the cusp of routine, adds perspective for Bingham.

“Last year it was like, 'This sucks, but everybody is going through this and making sacrifices,'” Bingham said. “I told the teams, if this is the worst thing that happens to you, you're going to be OK in life. But it was a weird time, a difficult time. Everybody had to make sacrifices, do stuff they had never done, had their worlds turned upside down.

“Now you see the kids coming back to a routine in their life. With younger kids, freshmen and sophomores a year ago, they never had a routine until we got into April this year. Last year everything kind of got sucked away from them, but now we're getting back to normal.”

The TSSAA spring sports championships, Spring Fling, will be held May 25-28, 2021 at multiple venues across Rutherford and Wilson counties. The state track and field meets will be held at Rockvale High School, May 25-27.