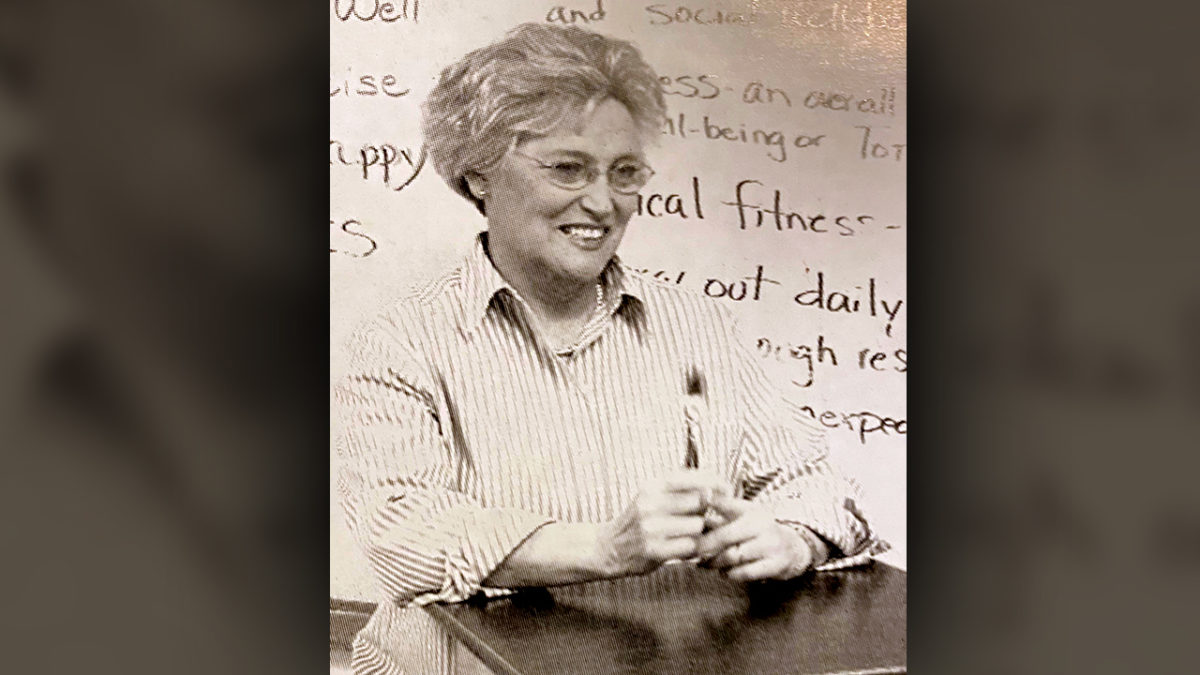 Peggy Crabtree Stooksbury is the TSSAA Title IX Trailblazer for the week of June 28, 2022.

High school athletics are a part of Peggy Crabtree Stooksbury’s family. Her father was a TSSAA basketball and football official. Her husband recently retired from officiating the same sports. Her daughter played basketball and volleyball at Anderson County High School. But when Stooksbury graduated from Norris High School in Anderson County in 1965, she had not had many opportunities to participate in athletics. At that point, all girls’ sports were intramurals, and Stooksbury was the president of the girls’ intramural association at her high school. Intramurals at Norris High School were under the guidance of another TSSAA Title IX Trailblazer, Rita Hackler. Hackler was the physical education teacher at Norris High School who recognized the value in girls participating in organized sports and created opportunities for girls to do just that. Stooksbury points to Hackler as her inspiration from an early age.

Stooksbury went on to the University of Tennessee, where she continued to participate in intramural athletics and was the president of the Physical Education Majors Club while earning her degree in physical education and health. She graduated in 1969 and worked in North Carolina as a physical education teacher and girls’ basketball coach before returning to Anderson County in 1972, where she was the first female physical education teacher at Norwood Junior High School. During this time immediately after the passage of Title IX, she volunteered to assist with girls’ athletic activities at the school that needed a female presence for practices and games. She explained, “I wasn’t a coach. I tried, but I was much better at getting athletics organized. My goal was to oversee all aspects of an athletics program.” As a result, she became the athletic director at Norris Junior High School, Norris Middle School, and then Anderson County High School in 1994. 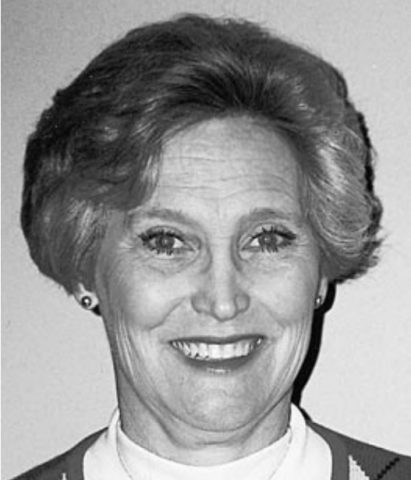 Upon taking that position, she was the first female athletic director to serve in Anderson County and she continued to teach two physical education classes a day. She directed numerous TSSAA district, regional, and sectional tournaments, as well as many football playoff games, while overseeing 12 varsity, 8 junior varsity, and three ninth grade athletic programs. She also started the girls’ soccer program at the high school. When asked about her philosophy, Stooksbury stated “The idea that girls were not as good of athletes never entered my mind. I was a decent athlete growing up, but never had the opportunity to earn a scholarship. When I started as athletic director, my goal wasn’t just about women, but it was to get all sports elevated to the same level. I wanted money and facilities to be equally shared.” She is proud that all but two of Anderson County High School’s varsity sports had a team advance to the TSSAA state championship during her tenure. 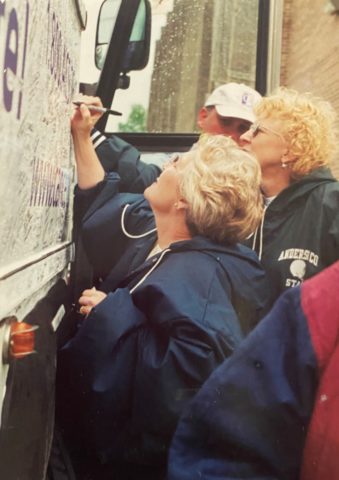 Stooksbury retired in 2009 after spending 37 years with the Anderson County School System. She served on various committees and as head of departments, and was nominated as Anderson County Teacher of the Year. She was known for leading high school and middle school physical education teacher inservices throughout the county and had some of her physical education classes recorded by the University of Tennessee to educate other aspiring teachers. She was a member of the Anderson County Education Association, Tennessee Education Association, National Education Association, and Tennessee Coaches Association. She was also a University of Tennessee Faculty Associate and member of the City of Norris Recreation Commission, where she served in the office of Chairman. In the 1998-99 school year, Stooksbury received the TSSAA A. F. Bridges Athletic Director of the Year award, and also served as a TSSAA District Coordinator for many seasons. In 2007, the Courier News in Clinton named her a “Sportsman of the Year.”

“Girls were capable and someone needed to recognize that. I felt that I was giving them an opportunity by seeing a female in a leadership role."

Stooksbury is quick to note that she did not have strong athletic or coaching accomplishments, but she does recognize the importance of female representation in all roles. She noted that when Title IX was first passed, it took a while to notice a significant impact. But over time, she observed that female student athletes were prouder and had set larger goals for themselves. “Girls were capable and someone needed to recognize that. I felt that I was giving them an opportunity by seeing a female in a leadership role. I would tell young women today to go for it and believe in yourself. You will be the example for the next generation of women, so try to live up to it.” TSSAA salutes Peggy Crabtree Stooksbury for her strong leadership and example as this week’s TSSAA Title IX Trailblazer.