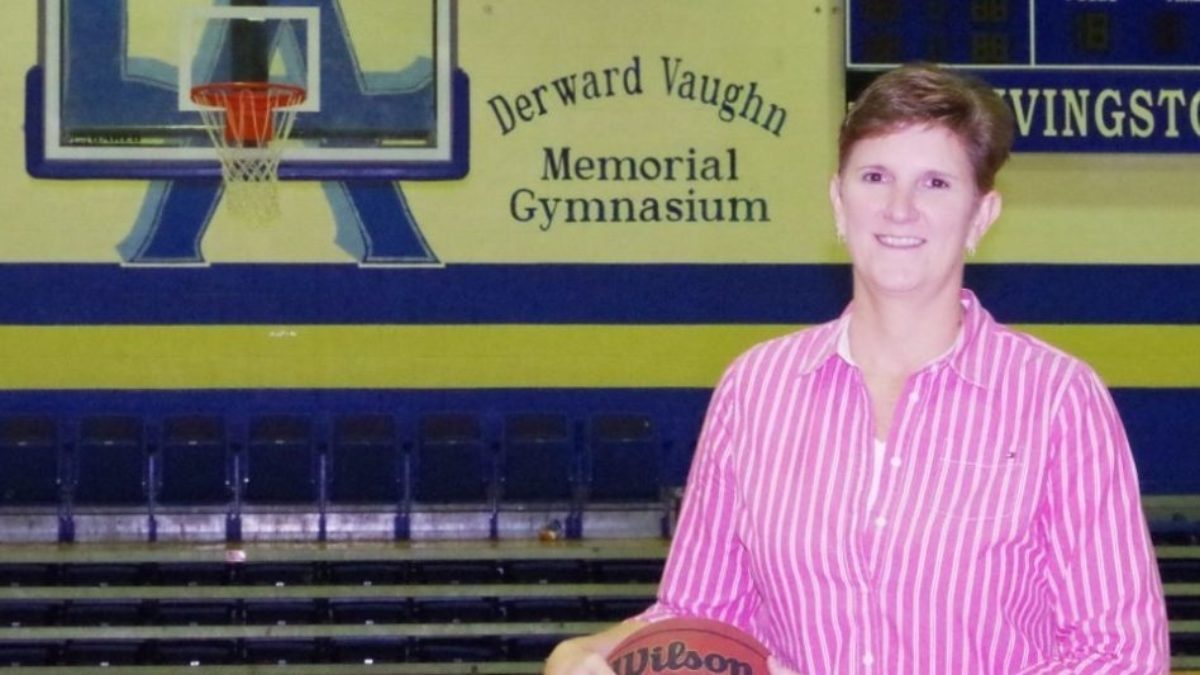 Lesley Smith Riddle is the TSSAA Title IX Trailblazer for the week of June 21, 2022.

Lesley Smith Riddle was born in 1971, a year before Title IX was passed, in Livingston, Tennessee. Riddle was always interested in sports, playing youth minor league baseball with the boys in the neighborhood as a preteen with her friend Elizabeth Maxwell “Max”, who explained that she and Lesley ”were the only two girls in the league.” Sometimes they were not respected as players, but that never stopped them from playing the game. In Riddle’s teenage years, she got involved with softball and basketball and continued her passion of playing basketball into her high school years at Livingston Academy. Riddle also played and won two national championships for the East Tennessee Stars (AAU). Riddle led Livingston Academy to win the 1990 TSSAA Girls’ Basketball State Championship, finishing her high school career with 1665 points. She remained humble about her achievements but demonstrated to younger female athletes that they can accomplish anything with hard work and dedication. 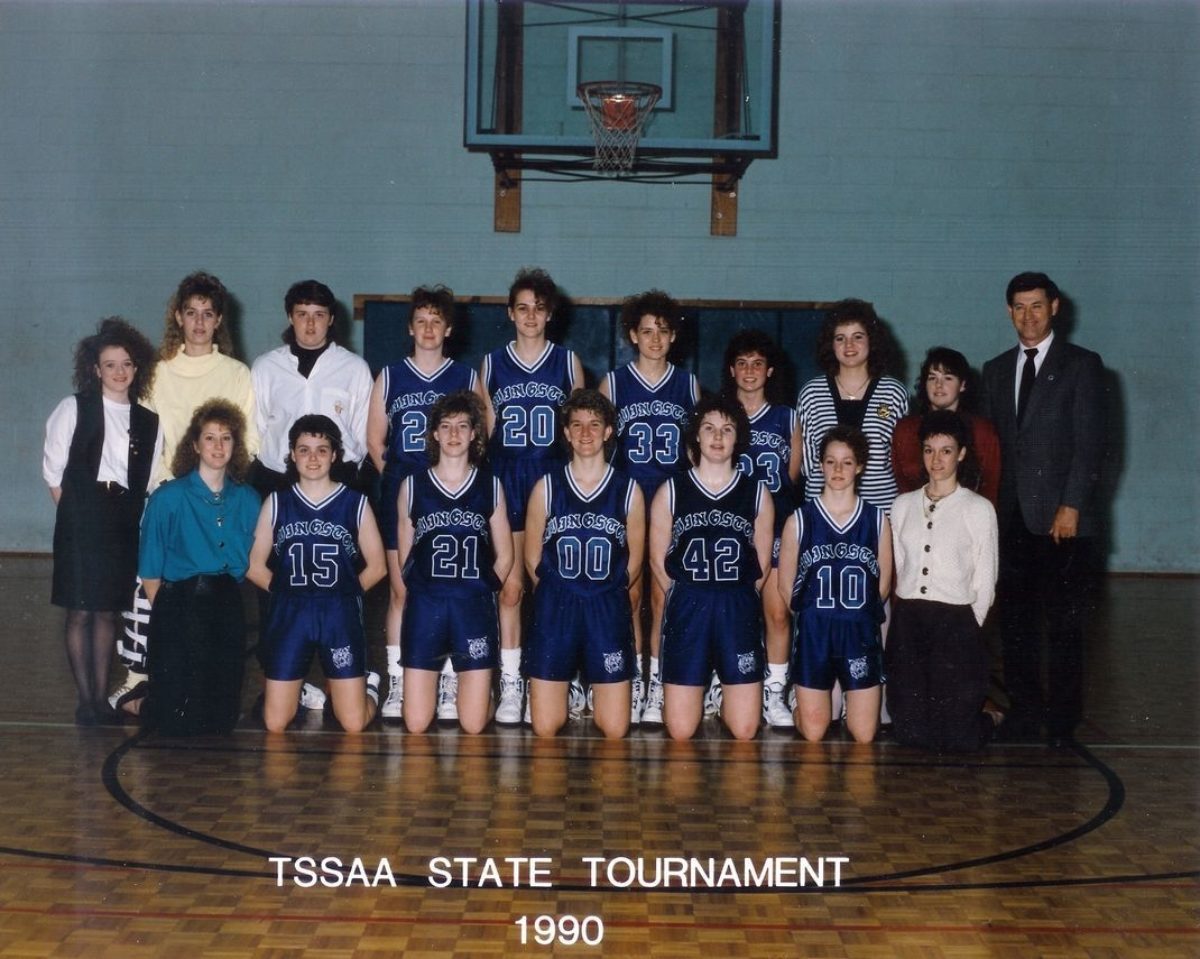 After high school, Riddle signed a basketball scholarship with Vanderbilt University, where she majored in mathematics and secondary education. As a Commodore, she advanced to the NCAA Final Four in 1993. After graduating from Vanderbilt in the spring of 1994, Riddle took her first teaching and coaching position at Oneida City High School. During her three years at Oneida, she coached the girls’ basketball team to two state semifinal appearances and one substate match-up. For the 1997-1998 school-year, Riddle accepted a teaching and head coaching position at Farragut High School in Knoxville. During her four years at Farragut, she also earned her Masters and Educational Doctorate (EDS) degrees. In 2001, she returned to her alma-mater to take up the coaching reins at Livingston Academy.

Riddle was the first female to fill the head coach position for Girls’ Basketball at Livingston Academy. She had previously applied for the position and been turned down in favor of a male candidate, but reapplied and took the job the next time it opened. After six and a half years in the classroom at Livingston Academy, Riddle became assistant principal, serving in that capacity for two and a half years. In the fall of 2009, she was hired as principal and remained in that position until the spring of 2018. She continued to serve as the head girls’ basketball coach throughout her career at Livingston Academy. Grant Swallows, Director of Schools in Warren County and a fellow Livingston Academy graduate, shared that he started as an assistant principal at the same time as Lesley Riddle. “Lesley was a little older than I was, but she was a legend with her being a former champion in 1990 with the Lady Wildcats and continuing their wins to this day.” 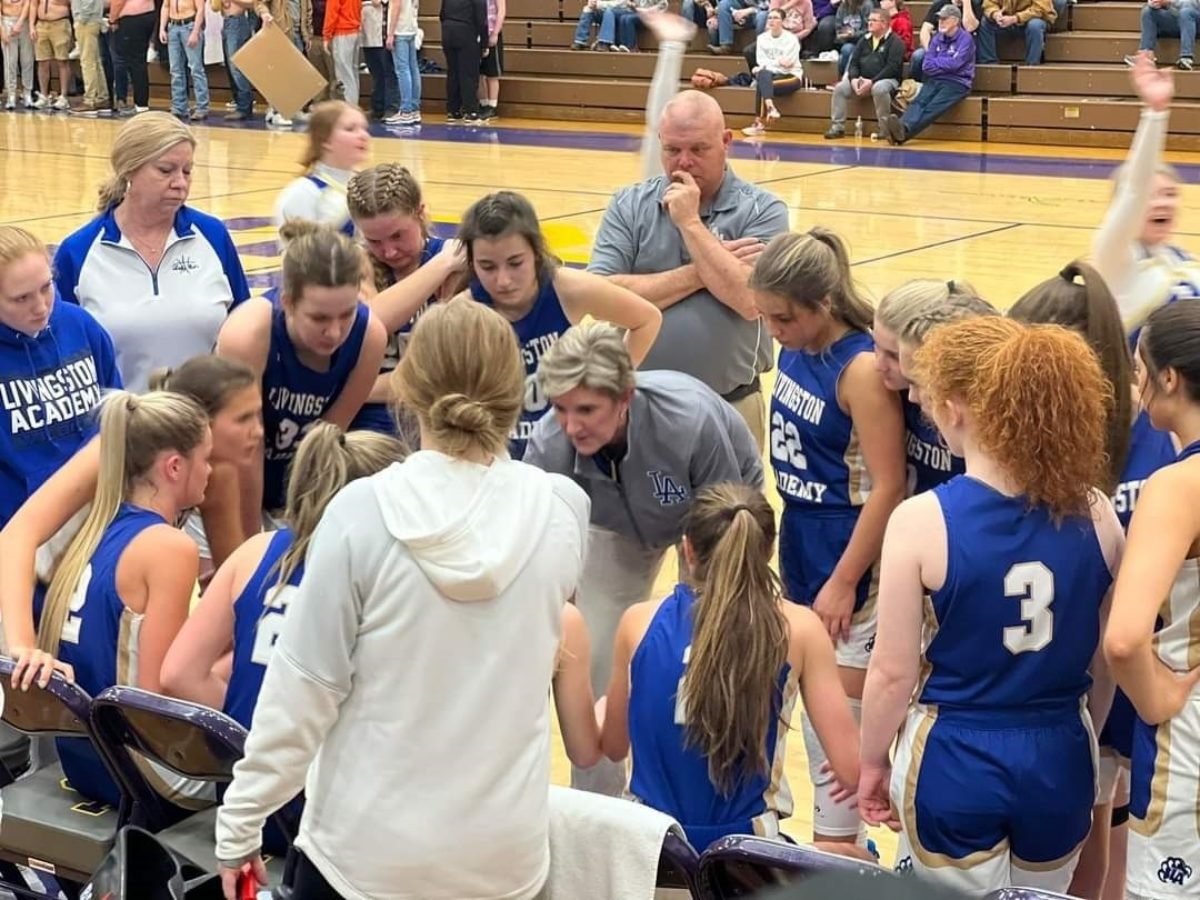 Riddle has had a very successful program throughout her coaching career. Swallows expressed that “Riddle bled blue and white, she stayed true and loyal through the tough times, and never stopped displaying resilience for her team and school.” To date, Riddle’s girls’ basketball teams have earned seven state tournament appearances, winning the state championship in 2004 and earning the runners-up trophy in 2009. Her childhood friend and teammate, and current Livingston Academy Athletic Director, Elizabeth Maxwell, explains that “Lesley epitomizes the female role model. She has garnered many accolades in her career, from a 1990 State Champion at Livingston Academy, to the coach for Livingston Academy girls’ basketball with the most wins with 500.” Riddle also has the distinction of being the first female to win the state championship as both a player and as a coach at the same school. 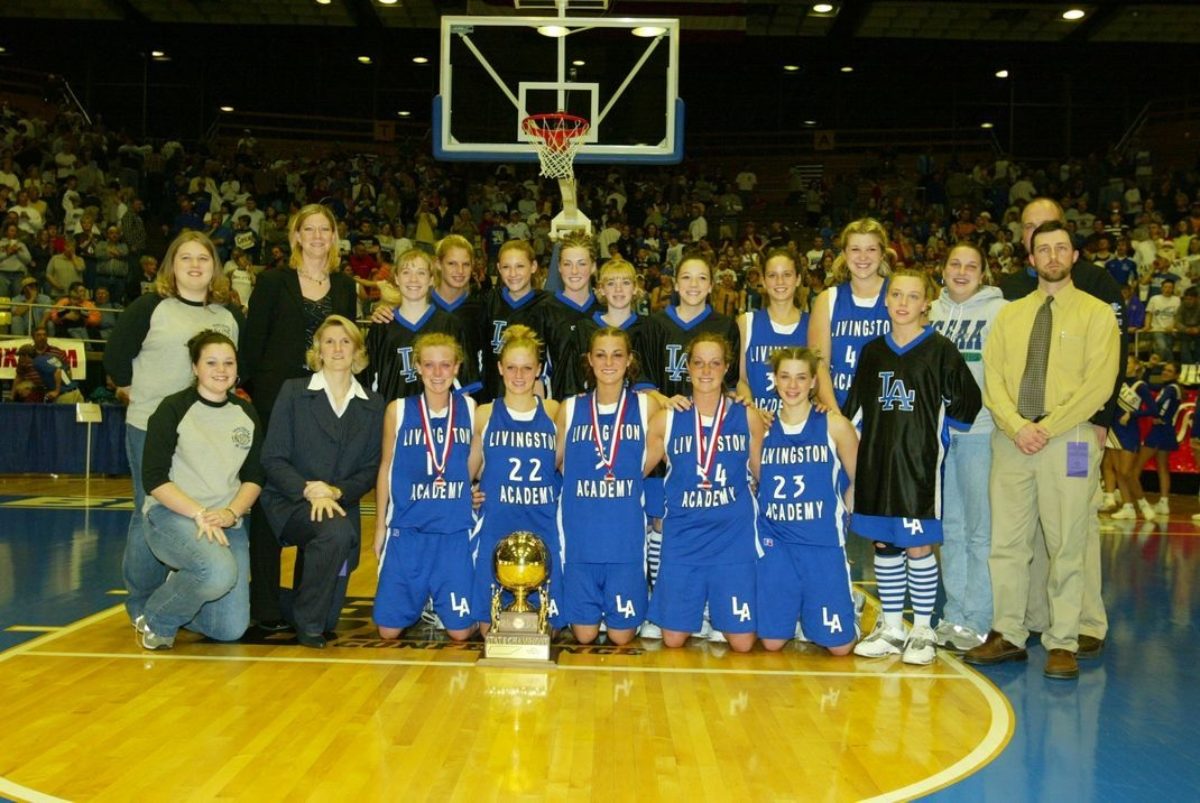 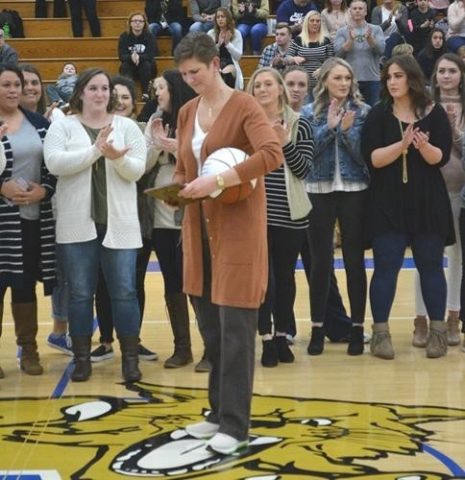 The Lady Wildcats team and the community have always been supportive of Riddle, especially after she was diagnosed with non-Hodgkin’s lymphoma in July of 2013. Livingston Academy hosted cancer awareness games and many other awareness rallies. During her chemo and radiation treatments, Riddle only missed two games due to sickness and led her team to the state tournament in 2014. Riddle has been cancer-free since 2018.

Lesley Riddle has 28 years of coaching experience with an overall record of 637-303. She has been at Livingston Academy for 21 years, and just this February earned her 500th career win with the program. The passage of Title IX when Riddle was a toddler allowed her to grow up with the opportunity to be included in team sports. However, she still had to overcome challenges to be respected and admired as a female role model. Riddle never stopped being a supportive team player, and she even has a customized Tennessee license plate that writes out “TEAMWRK” to advocate for it. She is present to lend a hand, or even a shoulder to cry on, for the girls that she coaches over the years. Riddle always puts the team first, and her athletes and their families always support each other as one.

While her life is very busy during the school year, Riddle still manages to enjoy boating, skiing, hiking, and many outdoor adventures with her husband, Tim. She never let the hard times keep her down and she always found positivity in the little things life has to offer. Currently, Riddle works with the Overton County Board of Education (OCBOE) as the Federal Grant Administrator and is still living the dream as head coach at Livingston Academy.

Her hardwork and dedication is recognized by these well-deserved awards and accomplishments, but what made her career worthwhile and meaningful for Riddle was the many young athletes she had the opportunity to lead and positively impact. Riddle was always a strong female coach in the male-dominated sport of basketball. She never let the other coaches interfere with the goals she set for the female teams she led. Maxwell goes on to say: “Riddle has molded countless young ladies at Livingston Academy into strong young women through her own trials and tribulations, especially beating cancer herself. She is the epitome of Title IX.” We salute Lesley Smith Riddle as this week’s Title IX Trailblazer.