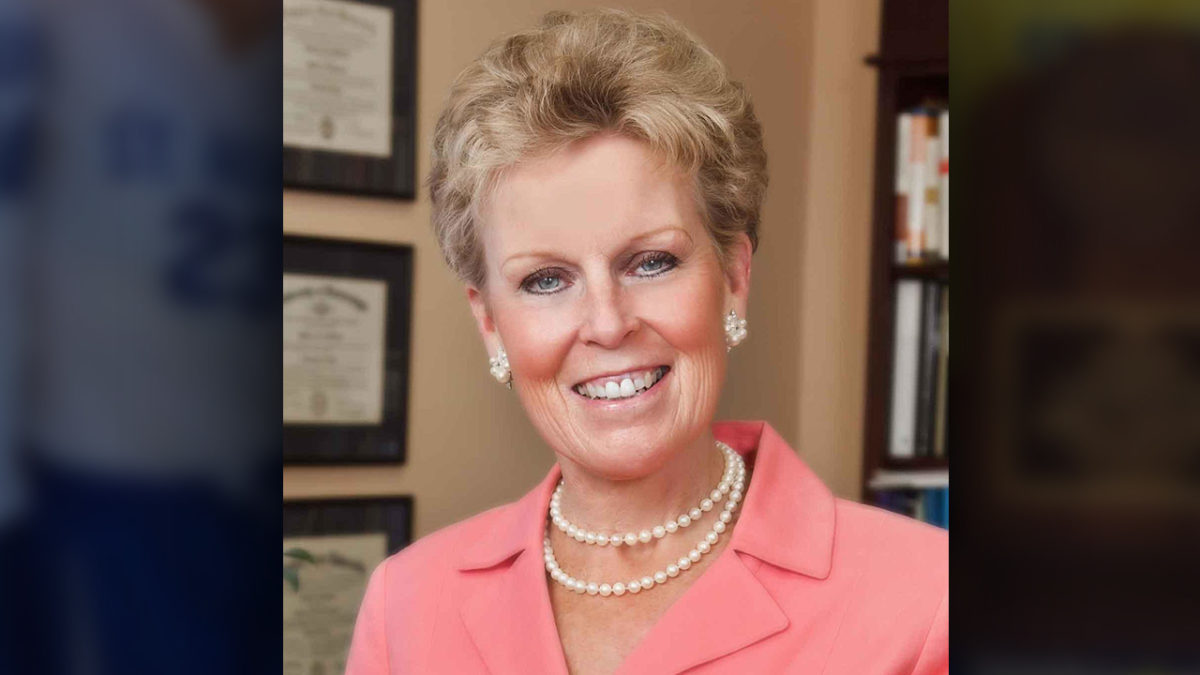 Barbara Daush is the TSSAA Title IX Trailblazer for the week of May 31, 2022.

Imagine growing up not being able to participate in athletics for your school, not because you weren’t physically or mentally able, but because your school didn’t have interscholastic or intramural sports for females. That is what it was like for Barbara Daush when she attended Memphis Wooddale High School, graduating in 1971.

Other than playing the occasional backyard baseball or football games with her brothers, her only way to be involved in interscholastic athletics was as a reporter for the school newspaper, as a cheerleader, or as a member of the Army ROTC. Daush chose the school newspaper, reporting on football and baseball, and in the process learned quite a bit about the sports while on the job. However, she remembers track being a really big deal while attending Wooddale, all because of a coach that made it that way.

While in high school, Daush had a Latin teacher that made her fall in love with both Latin and teaching. She graduated from the University of Mississippi in 1974 with her BA in Latin/Classical Studies and started teaching at Lausanne Collegiate School in 1975. She was there for three years before taking a position at Grace-St. Luke’s Episcopal School to teach Latin and serve as a guidance counselor. Just two short years later, she was asked to serve in school administration as the assistant head of school, which removed her from the classroom full time. She became the Head of School for Hutchison School in 1990, a role she held for four years. Then in 1994, she was named the President of St. Agnes Academy, a Catholic independent private school for girls in Memphis, and served in that role for 22 years.

When Daush started at St. Agnes Academy, she shared that none of the young ladies wanted to have the St. Agnes decal on their cars, and school spirit was at an all-time low. She believed that the best way to develop pride in the school was to build a better and stronger athletic program. Why athletics? Because she knew athletics was the proper avenue for individuals to learn to be a part of something that was bigger than themselves. So, she took it upon herself to do just that by hiring a fantastic athletic director, who in turn hired coaches that wanted to be involved in building a competitive athletic program. And build a competitive athletic program they did! 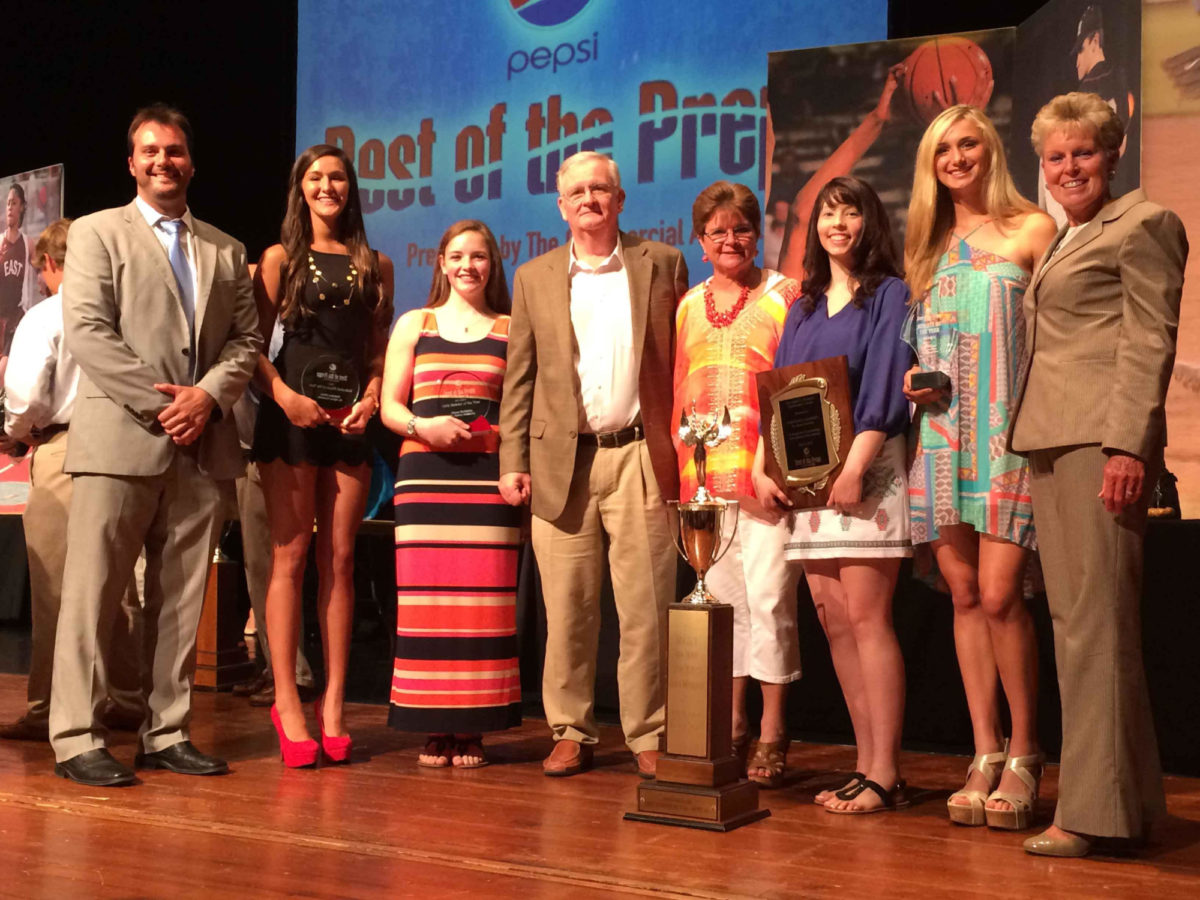 St. Agnes - Best of the Preps

Under Daush's leadership, the school’s teams experienced the following success at the state level: 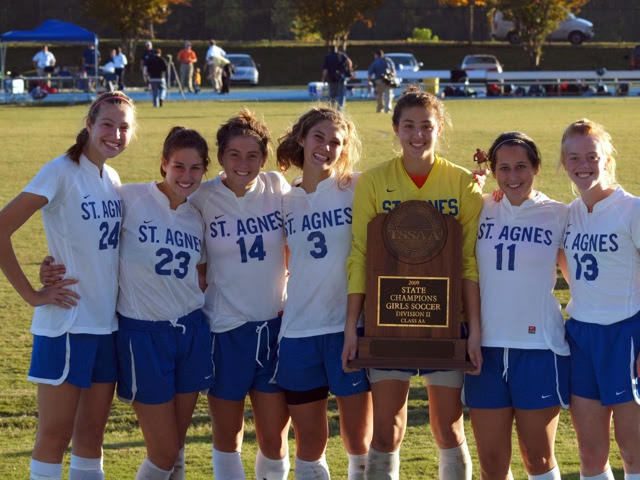 When asked about the challenges she faced building successful athletic programs at St. Agnes, Daush said she had the full support of the Diocese and that it was perfect timing. She was able to equip her coaches with the resources needed to be successful. In addition, she attended all the athletic events she could and encouraged her administrators and teachers to do the same.

While Daush was building the athletic programs at St. Agnes, she knew she wanted to become involved with TSSAA. She did so by serving on the TSSAA Division II Committee and was an ex-officio member of the TSSAA Board of Control and TSSAA Legislative Council for 10 years. At first, she was surprised at how focused people were on the sport of football and jokingly said that St. Agnes had been undefeated in football since 1851. She strived to bring attention to all sports, regardless of gender. Bernard Childress, TSSAA Executive Director, stated he always respected and enjoyed working with Daush; at least once during a meeting of school superintendents, he quoted her oft-repeated adage, “The vote isn’t as important as the voice.” Daush felt she was always heard and that her opinion was valued.

Upon retiring from St. Agnes in 2016, Daush served in a fundraising role for Ole Miss for two years and is currently serving as a consultant for independent schools seeking women to assume the role of being their head of school. She shared that often women are reticent about jumping in and assuming the role of head of school due to feelings of inadequacy or the challenge of balancing work and family. As she counsels potential candidates, she shares with them that she believes female leaders can be very successful in both roles.

In addition to serving St. Agnes and TSSAA, Daush has been a member of various organizations, whether it be as their president or member of a committee. She has been the recipient of many awards, including a Distinguished Service Award for Administrators from TSSAA, and was inducted into the TSSAA Hall of Fame as an Administrator in 2021. She has also been the recipient of the “50 Women Who Make a Difference” Award by Memphis Magazine and was named a "Superwoman in Business" by the Memphis Business Journal. In the past and present, Daush has always desired for women to be successful in whatever role they choose, whether it be in athletics or any other endeavor, and it is for these reasons, we honor Barbara Daush as this week’s TSSAA Title IX Trailblazer.