The Tennessee Secondary School Athletic Association is recognizing officials for more than 50 years’ service to a variety of sports and all regions of the state during the 2019-20 academic year.

No sport is more widely represented than football, which boasts eight of the 13 honorees who began serving the state’s governing association for high school athletics in the 1960s.

In a series of features, we’ll look at the contributions, big moments and share stories through the eyes of folks who have served athletics in the state across parts of six decades.

The overriding common theme, however, is the camaraderie of their crews and investment in youth. 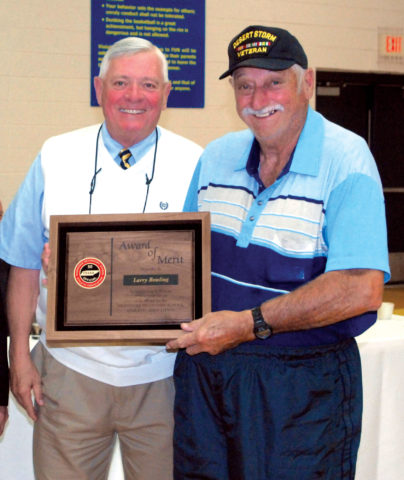 Oh, and he’s a retired Driver’s Education teacher from Unaka High School who also owns service history in Afghanistan and Desert Storm, part of his time in the U.S. Army while ultimately retiring from the U.S. National Guard after 38 years’ service.

“I was fortunate I had some good ballplayers take care of me, and I enjoyed officiating,” Bowling said. “I guess I just enjoy being around the high school kids and coaching them and teaching them. I taught Driver’s Ed for 40-something years at Unaka. We went everywhere and had a good time.

“The kids listened to me, never had a speeding ticket and never had an accident. We drove into North Carolina, Virginia, and then I got informed we couldn’t leave the state so we’d go to Gatlinburg and Pigeon Forge in the summertime.”

Bowling recalls the time Jason Witten, one of the most decorated Tennessee high school products and certain future NFL Hall of Famer with the Dallas Cowboys, found Bowling on the field before a game and set forth a plan.

“We had a ballgame where I was the umpire,” Bowling said. “We got over there, and Jason Whitten said, ‘I’m going to tell you something, stay behind me at all times and that way you won’t get hit and you won’t get hurt.’

“That was one of the great moments I had. Then I got piled up one time with a bunch of linemen at Sullivan Central, and they were getting me out of the pile, and I said, ‘Yeah, but I’ve got a holding. Here’s my flag.’”

Still, it’s enjoyable for Bowling and he intends to return to help the crews in the 2020 football season.

“I’m going to keep going till they tell me to quit,” he said.

It’s been more than 50 years, but Steve Hodson still remembers the nerves from his first game as a high school football official.

“My first game was at Vonore and Tellico,” Hodson said, “and I was scared to death.

“I was the field judge. We just worked a four-man crew back then. I was field judge, and later on I started refereeing in the late ’70s as the white hat, and I stayed with that forever. I got to work with some real good people.”

Most importantly, Hodson explains, he got to work with teenagers on their way to adulthood.

“I enjoyed the kids, and I’m just a big high school promoter. I don’t like the college athletics too much,” said Hodson, a retired banker who also worked for the Federal Deposit Insurance Corporation (FDIC).

“Just being around the kids and seeing the talent improve. The talent today is just so superior to what it was in the days of no weight rooms."

Hodson also recognizes how differently the officiating crews are organized now versus when he was first breaking into officiating following a collegiate baseball career at ETSU.

“Now, we work seven-man crews and it used to be just four,” Hodson said. “I remember working a Townsend-Walland game one night, it was Halloween night, somebody cut the power poles and all the lights went out midway through the game. They were throwing old cherry bombs at us, and at that time we made $12 and a half per game. You had to love it to make $12 and fight your way to your truck.”

An assigning officer for the Blount County Football Association, Hodson also is a recent inductee into the prestigious Blount County Sports Hall of Fame. 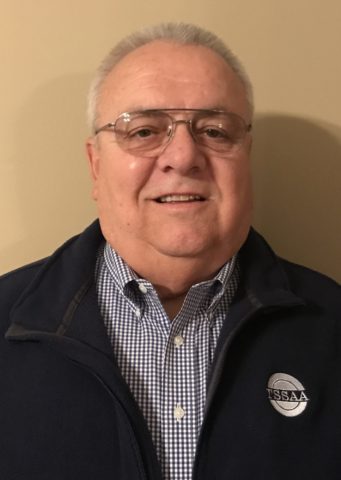 For nearly two decades, from August through March, you could find Paul Holt on a high school football field or inside a high school gymnasium.

The Mid-South official actually traces his start with a whistle to the basketball hardwood, but after 18 years of doing both sports, Holt shifted his focus to football. He cherishes memories from all the experiences.

“Just the interactions with the kids and the other officials, it was never work; it was fun,” Holt said.

“The state championships and working the state tournament in basketball was a lot of fun, but I think some of the sub-state and regional games were just as fun back then. High school basketball in Memphis was incredible during the ’70s. You might have 3,000 or more people at each game. It was just a lot of fun and great atmospheres.”

Holt still remembers a Memphis legend who would go on to star at Notre Dame, where he won a national championship, and play in the NFL, winning a pair of Super Bowls with the Pittsburgh Steelers. Holt also remembers this star for distinguishing himself as a professional away from the world of sports.

“One of the most memorable was Willie Fry, just an incredible basketball player and better football player,” Holt said. “He signed with Notre Dame, played with the Steelers and became a lawyer on Wall Street.

“We would go over there to do their games and we had to go through their locker room to get to our dressing room, so we would see all the players, but I never saw Willie during those times. His coach said, ‘Well, Willie stays upstairs and studies until we are ready to hit the floor.’ It was just such a rare thing but everybody officiating then remembered him.”

Like the others being recognized for their decades of service, Holt gets a laugh at the origin of his career officiating and comparing it to modern standards.

“The first basketball game I worked was actually, I worked the ‘B’ game (junior varsity) and got paid $5,” he said. “That was my first year that I got in and my first varsity game was when there was a mix-up and I had to do the varsity game. It was 1970 was when that occurred.

“But I love the camaraderie with all the officials, trying to bring new people in, and it is fun to see how much it has evolved and how much closer together all across the state the officiating mechanics have become. Everything is getting closer together in the way that everybody does stuff.”