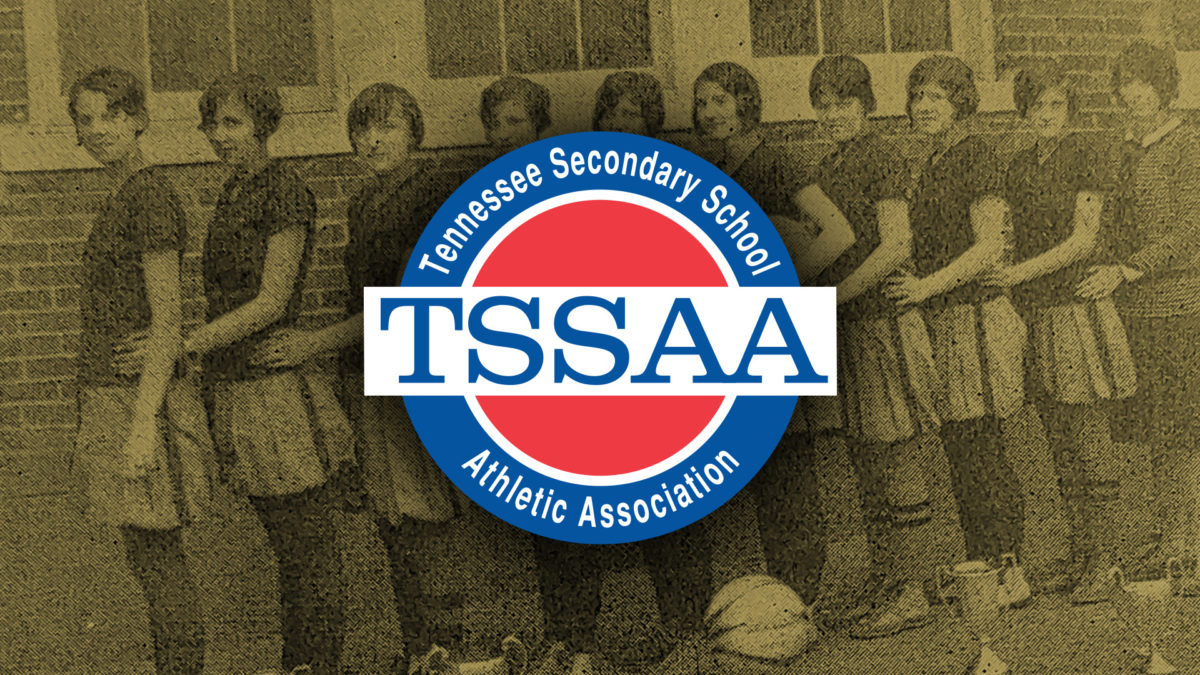 This one's for the girls

TSSAA celebrates girls' sports and the impact of Title IX

The story of high school sports for girls in Tennessee begins, frankly, much earlier than in many other states – with initial girls’ state championships celebrating their century mark at the same time Title IX marks its Golden Anniversary - but it is one that becomes evermore rich and expressive with each new chapter.

At the dawn of the revolutionary Title IX era 50 years ago this week, the state of Tennessee already had long conducted high school girls’ basketball competitions – though not an iteration that any of today’s burgeoning athletes might recognize. The Volunteer State, like much of the South, had clung to the antiquated – but still wildly popular – six-on-six, half-court version of basketball.

In fact, Tennessee had conducted its first-ever girls’ basketball state championships way back in the ‘Roaring ’20s’ during a six-year span from 1922-1928 and again resumed those battles for state supremacy in 1958.

While the association would add girls’ tennis as a sanctioned sport in 1964, it wasn’t until the enactment of Title IX of the 1972 Education Amendments that TSSAA-sanctioned programs for girls would begin to blossom. Although the landmark legislation which banned sex-based discrimination in federally-funded educational programs makes no mention of sports, Title IX has become synonymous with girls’ equal opportunity to scholastic-based athletic participation.

As schools began establishing new programs for girls following the passage of Title IX, TSSAA began sanctioning and administering tournaments to follow suit. By 1974, TSSAA sanctioned girls’ track and field, and a year after that golf and cross country.

In 1976, Victoria Ann Cape, a junior at Oak Ridge High School, filed a federal lawsuit against TSSAA, arguing that the association's insistence on the six-player rules was a violation of her 14th Amendment rights. Among the witnesses chosen to testify on the benefits of the full-court game was the University of Tennessee’s newly appointed women’s basketball coach, Pat Head Summit.

Summitt had grown up in Clarksville, but since Clarksville was not playing girls’ basketball at the time, her family moved to Henrietta so she would have the opportunity to play on the team at Cheatham County High School. During her testimony, Summitt insisted that girls could adapt to full-court play and warned that failure to adopt the five-on-five rules would impede Tennessee girls from having the best opportunities for college scholarships. While Cape's arguments in the District Court for the Eastern District of Tennessee were successful, the Sixth Circuit Court of Appeals ultimately overturned the decision in October 1977.

But the tide had begin to turn.

A poll of school administrators taken that December showed a narrow majority in favor of the full-court rules (191 for to 153 against). Six months later, the TSSAA Board of Control would institute a policy to permit girls' teams to play according to five-on-five rules by mutual agreement, but retaining six-on-six competition in the postseason for the 1978-79 school year.

The final chapter in the battle over Tennessee's girls' basketball rules would be written the next spring when the Board of Control – with the state’s nine regions represented – took final action on the matter at its March 1979 meeting. After nearly a decade of controversy, the Board’s vote to drop the six-on-six rules modifications was nearly unanimous and thus began the "full-court" era of girls' basketball in Tennessee.

Jill Prudden, a transcendent girls’ high school basketball figure who had been among her sport’s pioneers as a player at Michigan State University, recalled Pat Summitt stepping in again with words that became fundamental in the Board’s decision to switch.

“Pat Summitt made the statement that she was not going to recruit the state of Tennessee if it didn’t go to five-on-five,” said Prudden, an Illinois native who had grown up with the full-court game and earned one of the early women’s athletics scholarships to Michigan State.

Prudden would invest 31 years in coaching girls’ basketball at Oak Ridge High School, her teams amassing a 908-161 record and three state championships. Now, more than a decade removed from coaching, and six years post-induction into TSSAA’s Hall of Fame, Prudden reflects positively on the change that was made in going to the full-court rules.

“It was interesting. First of all, I think there were many that thought half-court was a great game and some weren’t happy about the change. In terms of what it meant, you know, you just heard all the stereotypes: girls can’t do this, girls can’t play, it’s not exciting. I think Tennessee girls’ basketball was really good, much better than in Michigan at that time. And I was really pleased to see that the product was good, because it opened doors.”

New State Championships and the Growth of Soccer

When Tennessee sanctioned girls' softball in 1979 and crowned its first champion, it was the only state in the South to have embarked upon that sport with the fast-pitch style of play; indeed, some Tennessee high school teams played slow-pitch contests with teams from neighboring states when they traveled and then played fast-pitch games at home.

A late comer to the TSSAA championship schedule was soccer, first sanctioned by the association beginning with the 1986-87 school year and still on a growth trajectory in the United States.

Susan Williamson, a TSSAA Hall of Famer who’s been an integral figure in prep soccer since its establishment in Tennessee in the mid-1980s, remembered her own struggles in finding a path in athletics. Her Farragut High School did not have a girls’ basketball team for her final two years of school, and when she initially began to play soccer in the Knoxville area, she soon found herself on a men’s-league team for a decade.

“I remember when Title IX came in, I was in college then, a freshman at UT, and there was no girls’ basketball team,” Williamson said. “Girls felt discriminated against, we couldn’t play full-court basketball, only half-court. I would play full-court pickup games with the guys.”

By the end of that decade, Williamson had made the move to the pitch, and she’s remained a fixture in the sport in various capacities since that time. She’s been directly involved with the TSSAA, assigning referees and working as a supervisor, for more than 35 years.

“I knew nothing about soccer when I started in 1978; I didn’t know how to play,” she said. “Back then you would play two weeks of a sport in high school gym class and that was it. During that time, there weren’t enough soccer referees in Knoxville, and the referee association reached out, and I became a soccer referee in 1980.”

But young, determined female athletes had already found a path on the soccer field, Williamson recalled, even before its addition to the state’s official roster of prep sports.

“The Dixie Conference, which was a high school soccer league unaffiliated with the TSSAA, had used me to assign referees for their games,” Williamson said. “So when it became sanctioned by TSSAA, I became the assigner for high school games in the East Tennessee area. And I continued to referee all that time until I stopped refereeing in about 2002.

“I can remember, as girls started developing teams, you started seeing more and more youth teams in the area. The level of play in that time has really improved a lot, and girls’ soccer has not only really spread in high school but in youth circles as well.”

Franklin High School won seven of the first eight girls’ soccer championships, including the first in 1986. Notre Dame interrupted their streak in 1988, while Farragut and Germantown each made multiple state title appearances over the same period.

Just as Prudden brought her 3 Cs – Class, Community, Court -- to her Oak Ridge program, Williamson also pointed to the doors opened on and off the playing surfaces, and the intrinsic life lessons therein.

“You learn life lessons and obviously you develop confidence and courage and the ability to test yourself and see how far you can go,” Williamson said, as she assessed the big-picture, societal impact of Title IX. “That’s how I saw myself up-and-coming as a referee. When I first started refereeing there weren’t any girls or women’s teams, but as I continued I saw more and more.

“To be able to continue to participate in a sport like soccer, as a player or referee, you have to develop the qualities of confidence and courage to do the right thing and fight through adversity. And then there’s giving back to the community through soccer, the love of the sport of soccer, and I love watching the game at any age, even little kids.”

The Future of Girls’ Sports

The TSSAA has continued to usher in new elements of female empowerment in the 2000s. In 2002, girls’ bowling was officially added as a sanctioned sport, and less than a decade ago, girls’ wrestling also joined the state’s roster of sports.

“Now when I look and see, oh my goodness,” Prudden said. “There’s so much more parity and equity. For a young lady to play in high school now and get a full-ride college scholarship, to have the chance to play in the pros and play in the United States. I’m sure for some, the steps seem slow for these things, but from my perspective it’s just amazing what has occurred in my lifetime.”

Equally amazing to think what more the future could hold.