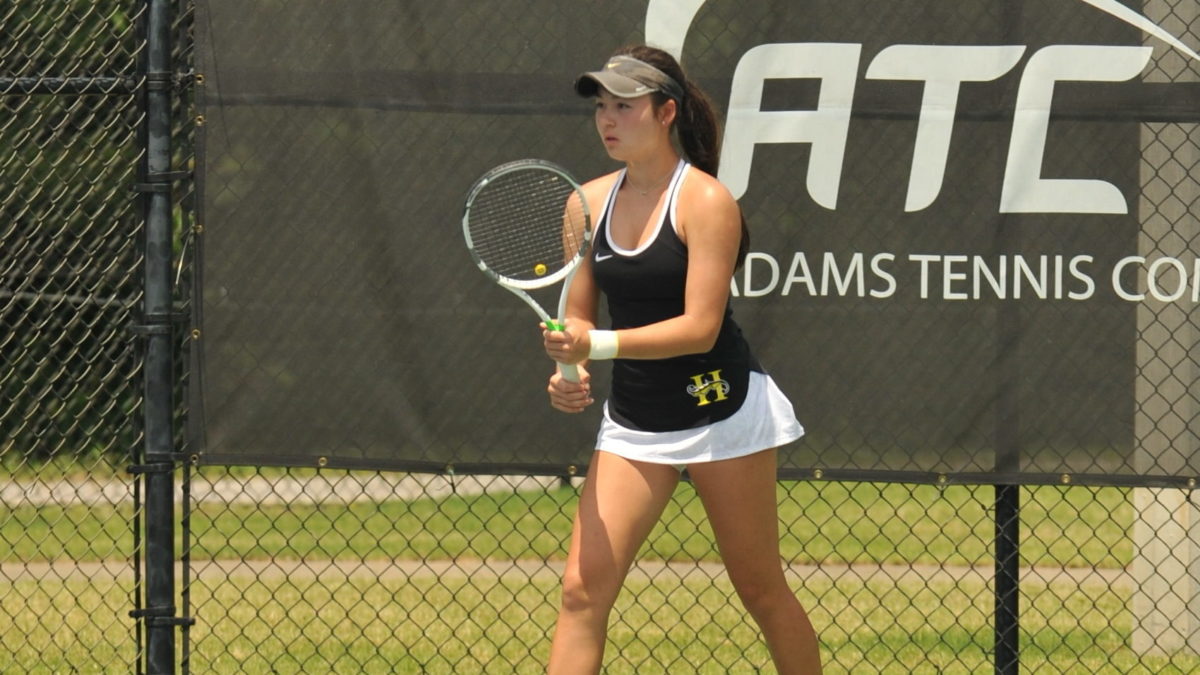 Tennis coaches and participants thankful to be back on the court

Coaches reflect on the year ahead of 2021 Spring Fling

It was mid-March 2020, and Bartlett's powerhouse GPS squad was mid-match against a Chattanooga-area opponent.

Then came the call. THE CALL.

The one that altered everything on the high school sports universe and precursor to similar mandates from governments worldwide that changed everyday life in the face of the COVID-19 pandemic.

High school sports, as well as schools and, frankly, society writ large, was being ordered to a screeching halt.

“What's funny is we were actually in the middle of a match when the announcement came through that school was cancelled,” said Bartlett, a Tennessee Sports Hall of Fame member and senior national champion on the court. “Our girls wanted to call our rivals and play the next day. They said, 'Ms. Bartlett, can you call and we can play them tomorrow before school gets cancelled?' It was a fun memory when it first went down, but we had two seniors who had been a big part of our program and at that point you didn't know the whole season was going to be cancelled.”

Today, prep sports are almost universally back to some semblance of normal; indeed the Tennessee Secondary School Athletic Association is closing in on a triumphant return to Spring Fling, its year-ending crown jewel of championships for baseball, soccer, softball, tennis and track and field.

Nonetheless, last year's memories of a season lost remain prominent amidst this campaign.

Bartlett remained engaged with her players, most often via video-conferencing. They collectively held out hope for a season that would never be allowed to resume amidst a pandemic only just now abating enough for society to open in large-scale fashion.

“We were hopeful after spring break that everything was going to come back,” Bartlett added. “School wanted us to still meet with the girls, and we would have Zoom practices twice a week. The girls did some journaling, we tried to do some mental training and bonding exercises as well as we could. We had a big freshmen class who didn't know what they were getting into, and all of a sudden, nothing.

“What we tried to do was to make sure everybody could still feel they belonged to something.”

Webb School coach James Pitkanen still cannot shake the memory of the Zoom call last spring when the finality of a lost season reverberated through the computer screen.

“It was devastating for the kids,” Pitkanen said. “I never will forget on a Zoom meeting, we had held out so much hope that Spring Fling would possibly be extended into June or July, but it wasn’t. I had four captains, three girls and one boy, and an assistant coach on Zoom, and two of the girls just started bawling and the guy broke down as well.

“It was one of the most emotionally difficult meetings that I've ever been through. Most of those kids had looked forward to it since 8th grade, their senior year that is. They were going to go out in a ball of fire and the rug got pulled out from the under them. It wasn't anybody's fault, but it was tough.”

Teams have modified their game protocols, as well as their schedules, to successfully navigate this spring's return to competition.

There are no overnight trips among any of the spring sports; COVID protocols are as omnipresent as the thwack of the tennis balls against the rackets.

“Kids, they try to grasp that they really missed that year of playing,” said Pitkanen, Webb's coach for more than two decades and owner of multiple state tennis championships. “Because of that, I think they do appreciate it a lot more. They're more attentive; my kids are much more team-oriented. We didn't have to work hard to get them to focus on the other people on the team rather than themselves.”

“They had to take a look at being flexible,” he said. “That's one thing that they've done without complaint. We've set some schedules a day ahead of time. I had every one of my kids not only show up to hit balls on weekends, but they wanted to be there.

“Beforehand, it was, 'Ah, I can't do that, Coach. I've got something else. I'll see if I can work that in.' They've seen it from so many different perspectives.”

Bartlett has observed a silver lining in the long journey back to the courts.

“The biggest thing I've noticed is we have 25 girls on our high school team, and these are all people who can play,” she said. “I wasn't about to cut anybody. There already had been a year of no sports, and these girls, even at times when they didn't have to come, they've come to work. I feel like tennis has been a great outlet for students.

“And maybe some came because they got to be with friends who they otherwise couldn't socialize with out of school. But I think they appreciated being able to come and play a sport. At the matches, they are all so excited. And you just forgot how fun the season is. The camaraderie, going for a common goal and to do the best we can. It's not an easy season, and there are very tough schools in our region, but everybody can see their improvement. It's just exciting.”

Schedules, brackets, rosters, links to purchase tickets and more can be found at TSSAAsports.com. Live coverage of many Spring Fling events can be found at the same website, along with a live audio broadcast Tuesday-Thursday with realtime updates and reports from all sport championships which can be heard online or on Murfreesboro’s WGNS Radio (101.9, 100.5 FM).