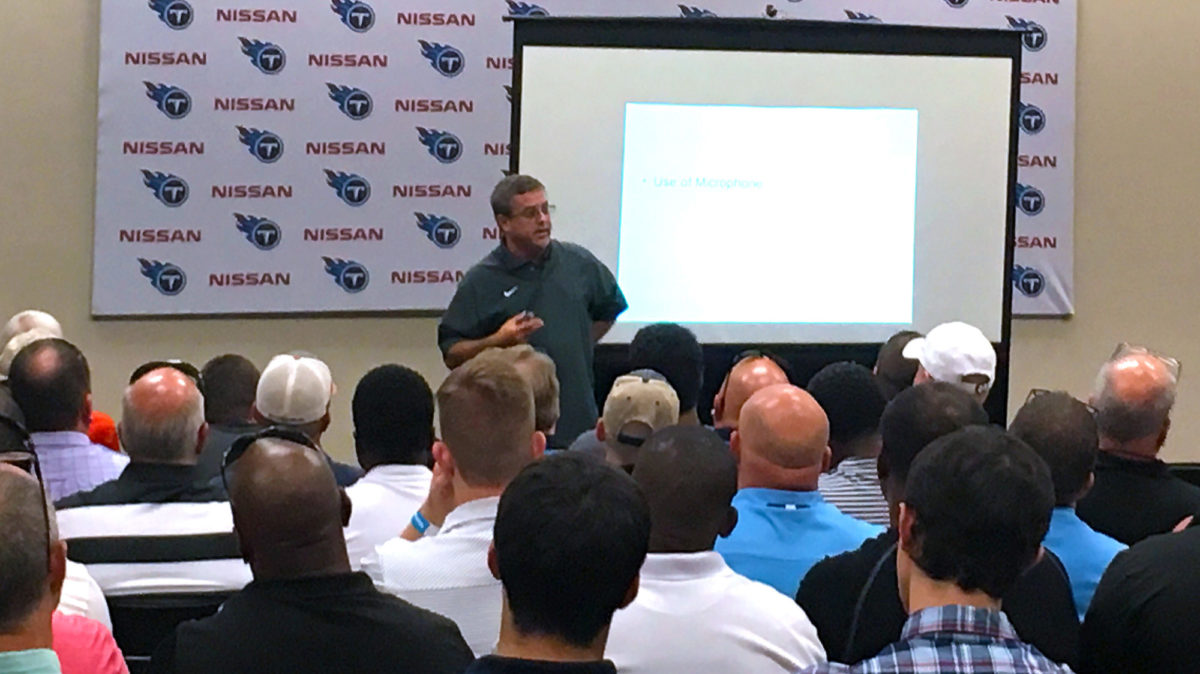 Eighty officials from across the state met Friday in Nashville for a TSSAA football mechanics camp for seven-person officiating crews. The meeting brought together crews assembled by local associations for a day of classroom instruction, on-field walkthroughs and live scrimmage exercises to prepare officials for their roles on a seven-person officiating crew. It is the fifth year of the clinic in its current format.

"Each year, more and more schools request seven-person crews for their regular season games and the state office has been working diligently to bring new officials into the fold and get them trained in the procedures and mechanics of working in that system," Richard McWhirter, the TSSAA Assistant Executive Director for football, explained.

The group spent a large part of the day at Nissan Stadium, meeting first in a classroom setting where the officials studied the TSSAA's seven-person mechanics guide and reviewed video clips on multiple game situations. The group then moved to the field where McWhirter and other state officials' supervisors led the officials through a series of game scenarios.

The last portion of the event relocated officials to the campus of Montgomery Bell Academy where they took part in a live scrimmage between MBA and Henry County High School.

"Application is as important as anything," McWhirter said. "It's really beneficial for the officials to get game-speed experience, especially in an atmosphere where they can get more immediate feedback and coaching from supervisors. Evaluation and experience go hand in hand."

The 2020 meeting will be held in Knoxville. Members of the public interested in becoming an official should visit tssaa.org/get-involved-as-an-official.