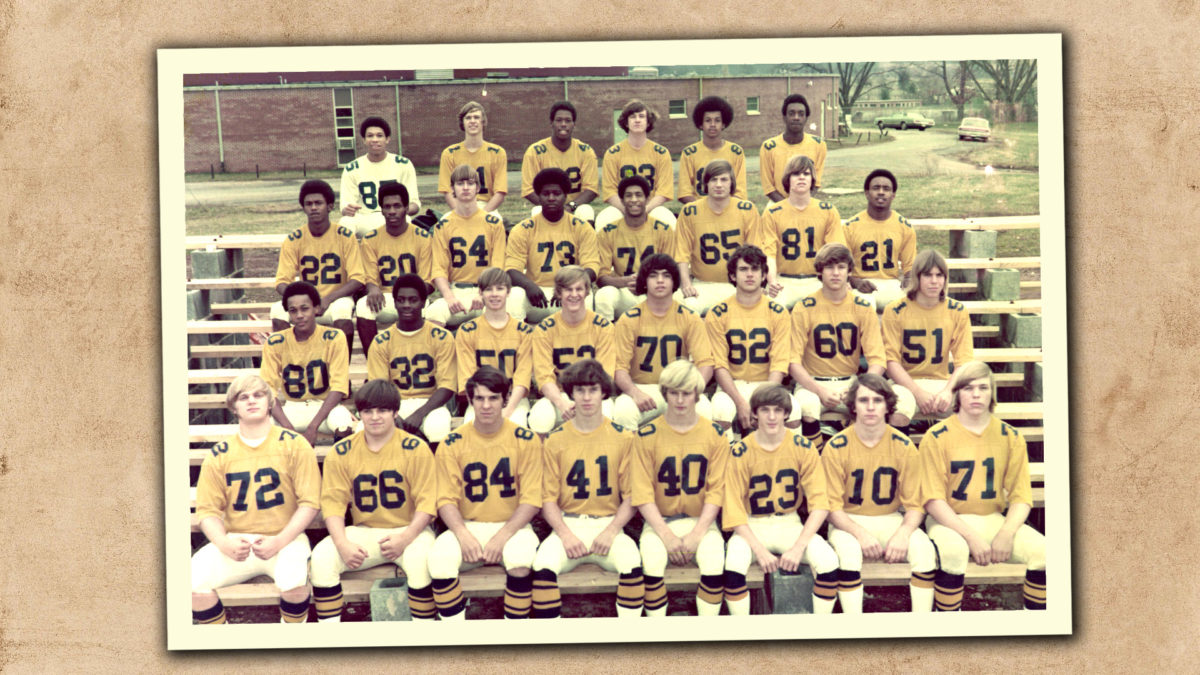 With a roster of just around 30 players, Sweetwater did not have the most depth nor the luxury of utilizing players on only one side of the football.

What the Wildcats might have lacked in numbers, they more than made up for in team chemistry, camaraderie and coaching under the late, legendary King Berrong.

Not to mention a remarkably stingy defense that notched shutouts in 16 of 24 games across the program’s two-year tour de force in Class A football in Tennessee in the early 1970s.

It shined through when Sweetwater completed back-to-back Tennessee Secondary School Athletic Association Class A state titles in 1971-72. The Wildcats barreled through Bledsoe County, Lake County and White House enroute to their second crown. They outscored their three playoff opponents 65-9 and notched shutouts of both Bledsoe County and finally White House in the championship contest.

“The catalyst to the whole thing was Coach Berrong,” said Sweetwater legend Kippy Brown, a Super Bowl-winning assistant coach with the Seattle Seahawks in 2014. “He was a terrific coach, he explained things the way that you could understand and want to do them. He had everybody on the same page.

“He molded me, he communicated well with players. And we trusted him, the players trusted him.”

Brown said that the way Berrong handled desegregation, and the manner in which Berrong placed team above all, helped to foster a tight-knit team culture among the Wildcats.

“We had not integrated too long before and so he had to deal with that, bringing together Black players,” Brown said of Berrong, a TSSAA Hall of Famer who also was enshrined in the Maryville College Wall of Fame. “He took his son and moved him to running back and put me at quarterback. That just wasn’t hardly done back then.

“When he did that, me and him were meeting together and spent a lot of time together with game planning and we became not only coach-player but really we became good friends. He had a lasting impact on me.”

The way Berrong coached each player to the same exacting standards would make a lifetime impact on Brown.

“Steve Berrong and I went to college together, and Coach Berrong was harder on Steve than anybody,” Brown said. “We knew what Coach wanted, and that’s where I got my coaching background from. He was very explicit of what he expected of you and he explained it to you where anybody could understand and he expected you to do it. And if you didn’t, it wasn’t going to be very good.”

Brown said that lesson of player-coach trust likewise stayed with him throughout Brown’s own distinguished coaching career.

“And I’ve learned this throughout the years: players have to trust you,” Brown said. “I’ve coached some really, really good players. And the ones that excelled the most were ones we had mutual trust. They won my trust and I won theirs. You’ve got to have that trust factor.

“You’ll see a lot of teams that don’t have that. They may be talented, but unless they have that trust factor, it’s hard to believe in the coach and do exactly what he says.”

In its back-to-back Class A title runs, Sweetwater allowed just a total of 23 points across five playoff games and outscored those five foes by a whopping 133-23 margin.

Throughout their 12-game 1972 title run, which featured one regular-season loss against South Pittsburg, the Wildcats’ defense recorded nine shutouts. And their response to that 42-21 defeat to South Pittsburg?

Sweetwater won its final six games en route to that ’72 crown with a vengeance, shutting out five opponents and roaring to a 216-9 scoring differential.

The Wildcats had been a dominant force and advanced into the postseason in earlier years, Brown recalled, only to be stopped short. That scenario laid the foundation for the team’s future success.

“Madisonville was our big rival, but at no time while I was at Sweetwater were they good enough to challenge us and we didn’t get challenged until we got into the state championship games,” Brown said. “South Pittsburg was really good and their running back (the late) Jimmy Wigfall was outstanding. They beat us my first year. But we came back and took care of them the next year.

“I think (the early loss) helped us. We knew that we had to come out and play our best or there was a chance that somebody could sneak up on us. After we lost the one game my junior and my senior year, we didn’t even come close to losing.”

“It was fun, we came to play every game and Coach had a lot to do with that,” said Brown, who also worked a summer job with a handful of teammates on Berrong’s chicken farm near Sweetwater. “Coach Berrong reminded us that we always had to come ready to play. It meant a lot to us.”

“Every time I go home, I go out to the high school and the sign is up for our team,” Brown said. “I just love to go by there and see the sign of the state championship teams. It’s fun.

“It’s where I got started, and I was able to make a career out of it. I’ve got state championships rings and I’ve got a Super Bowl ring. It doesn’t get much better than that.”