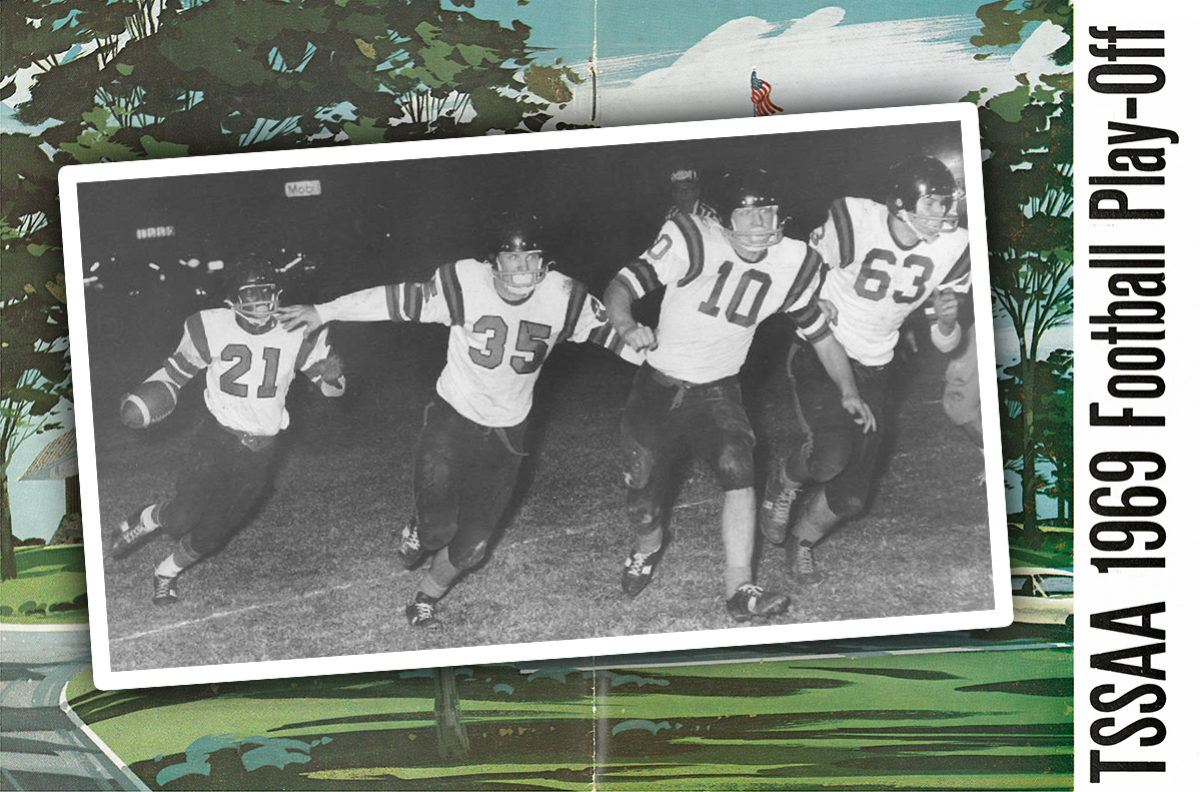 First in a three-part series on TSSAA's first playoff champions

History. Legacy. Playoffs. None of it was on the minds of South Pittsburg’s 1969 football team.

“We were just playing football, and trying to get through each week,” said Donald Blansett, who started at both fullback and linebacker for that history-making Pirates squad. “We were in the Sequatchie Valley Conference, and about three teams out of the Valley that year were really quality teams.

“We only played nine games, and you got 10 points in the ratings system for every game you won. If we had lost one game, we would’ve been out of the playoffs.”

Instead, the Pirates never lost. They barely ever got scored upon.

And they carved up the competition in Tennessee’s Class A division throughout that historic ’69 season that marked the debut of a widespread, classification-based playoffs format in Tennessee. Four teams in each of three classes were selected for the playoffs, making it a two-round event.

They punctuated the season with a 28-6 win against Oneida in the semifinals and blasted Tennessee Preparatory School in Nashville, 26-6, for the championship.

“It was a pretty big deal back then, but I never would have thought it would still be talked about 50 years later,” said former South Pittsburg All-State tailback Jimmy Wigfall, the central star of that Pirates squad. “It’s hard to imagine a game 50 years ago is still being talked about.

“We had high expectations beginning that season, but what really happened was computers and stuff had just come into play; I think the University of Tennessee was giving predictions through its computer systems. They said this team from the city (TPS) was gonna beat up on this little small school from South Pittsburg, and we just weren’t having it.”

That transcendent South Pittsburg team also holds another historical footnote in Tennessee’s annals: it might be the only school ever to win a state championship wearing another team’s jerseys.

Come again? Back then, schools had a single set of uniforms. Since both South Pittsburg and TPS had dark jerseys, and TPS was deemed the home team, the Pirates borrowed the white jerseys of neutral-site host Nashville Overton as Don Grider’s squad captured the crown. It was the first season for Grider at the helm of the Pirate program, who was inducted into the TSSAA Hall of Fame in 2010.

“We only had black jerseys with orange numbers, and the referee comes in and tells Coach Grider, ‘You’re the visiting team, you gotta wear light colors.’ We didn’t have anything else,” Blansett said. “We were in Overton’s dressing room and they said, ‘Coach, you can wear ours.’

“So we came out with white jerseys with black and red stripes. And our fans thought they were at the wrong game because we didn’t come out in our jerseys.”

Wigfall quickly set straight the waters the Pirates would navigate that night. He uncorked a long run on his first carry, but he was ruled to have stepped out of bounds. No matter. His next attempt went for a touchdown, part of a 2,100-yard, 28-touchdown campaign for the eventual Austin Peay signee.

“He was about 5-7, 5-8 and weighed about 140 pounds,” Blansett said of Wigfall, “and it was like trying to hem a deer up in a room. You couldn’t get your hands on him; he could go sideways as fast as he could go forward. He played a lot bigger than 140 pounds.”

That first title game still plays plenty big around South Pittsburg, too. The Pirates now are perennial title contenders and garner mention alongside the likes of Alcoa, Brentwood Academy and Maryville for programs in Tennessee with state championship pedigrees.

“I am very proud of it. We’ve got a lot of tradition here,” Wigfall said. “You can go down on Friday nights during football season and see that these kids aren't just out there for the heck of it. They take a lot of pride in wearing that uniform for South Pittsburg. A lot of these kids, they start playing together when they’re 6-7 years old and most play together till they graduate. It’s a good system of getting kids into the high school program and just unbelievable how many good ballplayers have played in this little small town of 3,000 people.”