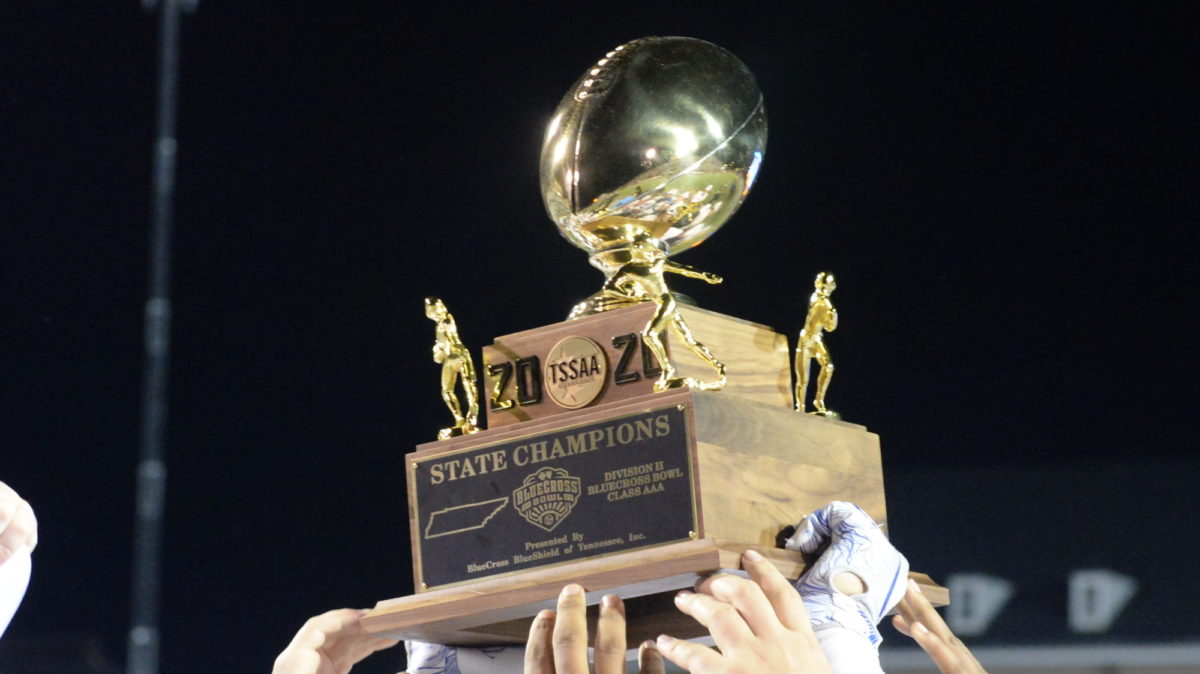 Sixty games Friday night for the second round of playoff action

The second week of the 2021 high school football playoffs is this Friday. All playoff games are scheduled to kick off at 7 PM local time this Friday night. Brackets and rosters for the 2021 postseason series can be found at TSSAAsports.com or through the Playoff Headquarters link below.

Fans can purchase advance tickets for all playoff games for $8 through GoFan. Tickets will be $10 with cash at the gate.

TSSAA encourages everyone -- administrators, coaches, officials, and fans -- to work together to follow the protocols that local host schools have in place so that our student-athletes have the opportunity to enjoy athletic competition throughout the year. Although most TSSAA mandates from a year ago are no longer in place, it is important that visiting teams and spectators adhere to the rules or requirements instituted by local school boards, municipalities and other government agencies where they are traveling. TSSAA believes that every adult and every participant should do their part and conduct themselves safely and thoughtfully so that the schools can provide as many opportunities as possible for the student-athletes this fall.

More than half of the 60 playoff games scheduled this Friday will be broadcast live on the NFHS Network at NFHSnetwork.com and through the NFHS Network app. Click the link below for an up-to-date list of all games broadcast on the Network this week.

Research the postseason history of your favorite schools anytime at TSSAAsports.com.