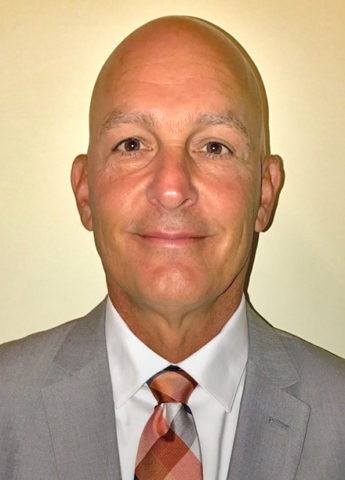 It is a constant state of assessment for Ricky Shoulders.

That of his daytime role, Macon County Assessor of Property, and that of his moonlighting passion, high school and college basketball officiating.

Shoulders constantly is surveying the given landscape, be it land or the hardwood. He has served the citizens of Macon, county seat Lafayette, in his elected role for 23 years; he has been a registered official with the Tennessee Secondary School Athletic Association since 1982.

Having officiated prep games since 1983, then transitioning into his present role as Supervisor for the North Central Association, Shoulders has been named a TSSAA Distinguished Service Award recipient for the 2019-20 year. He joins strong company, including that of his wife, Beverly Shoulders --- the Macon County High School state championship-winning golf coach and a previous Distinguished Service Award recipient.

“I enjoy being around the game of basketball and being around kids, and being around younger people makes you feel younger,” said Shoulders, a former Macon County High School hoops standout who played two years at Volunteer State. “My wife would tell you I’m a kid at heart, anyway.”

Perhaps, but Shoulders also knows the priceless lessons that can come from a life around athletics.

“Perseverance is a good one and adversity faced; sometimes, there are tough losses and life’s kind of like that,” Shoulders said. “You’re not going to have your best game every time out, but you’ve got to rebound quickly, forget the bad and concentrate on the good.

“I’m always thinking that my glass is half full, and that is something I would like for every kid as well.”

If Shoulders’ glass is half-full, his schedule is overflowing. In addition to his basketball officiating responsibilities, he assists his wife in coaching the Macon County golf teams.

Still, it’s gymnasiums --- quaint high school venues; cavernous college arenas --- where Shoulders most often is found. He’s officiated girls’ and boys’ TSSAA state tournaments in the past; he’s blown his whistle in Conference USA, Ohio Valley Conference and Southern Conference college games, among others, through the years as well.

And he’s a historical footnote in perhaps Nashville’s single-best hoops rivalry, the ‘Battle of the Boulevard’ between Belmont and Lipscomb. Shoulders is in the box score as part of that series’ first officiating crew.

Fond memories, all. Perspective, however, still rooted in faith.

“The biggest thing would probably be life lessons about not making basketball your No. 1 priority,” he said. “It needs to be faith and family and take care of those and let basketball be something you enjoy as a hobby.

“A lot of friends that get into basketball, the divorce rate is pretty high from being gone and maybe there’s a sense of neglect. That would always be first for me, the faith and family. I’ve been married 42 years, have two kids (Brooke and Joshua), and a young granddaughter, Remi Gray. She’s the highlight. That means more than basketball.”

It’s a perfect assessment of the situation.