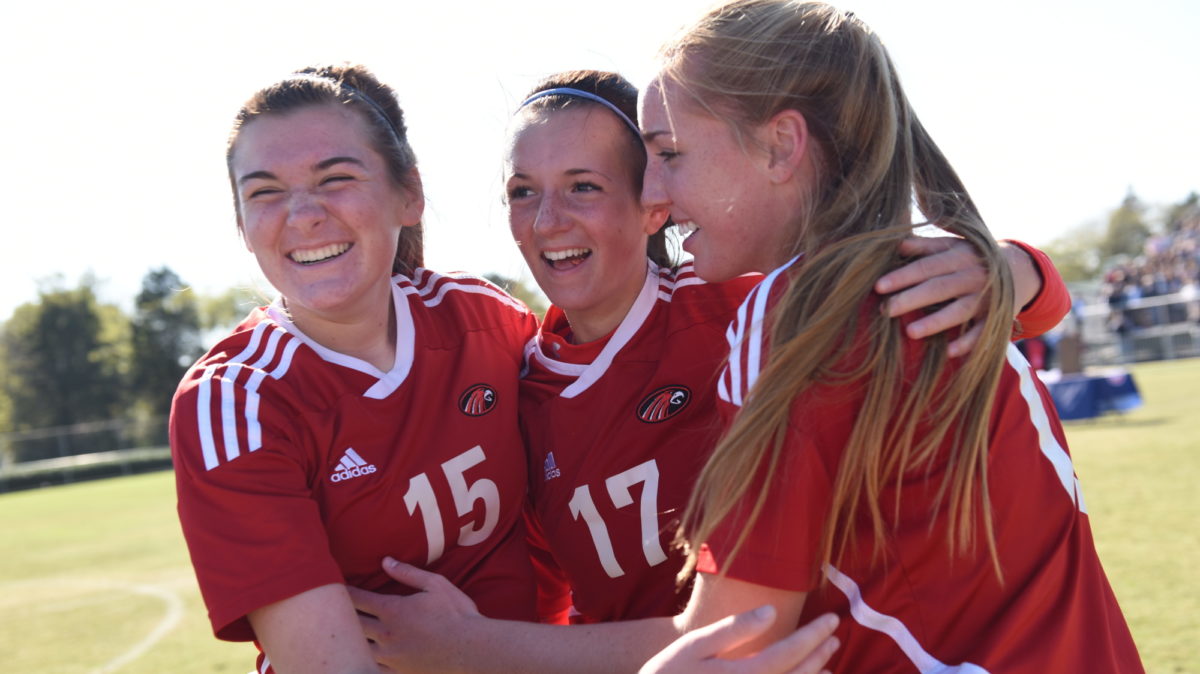 School leaders emphasize sportsmanship in 2020 and beyond

Sportsmanship reports for 2020-21 published by TSSAA

The brightest of bright lights in Americana's high school sports scene, those of 'Friday Night Lights' fame in Odessa, Texas, also are the lights of Michel Sanchez's hometown.

She's seen those lights, lived beneath their glare and the shadows they casted – not merely during four quarters of a high school football game but throughout the days, weeks and months that comprised a season and a cultural phenomenon.

It's why Sanchez is hyper-vigilant on sportsmanship measures and teachings – both at her school and in her additional service to the Tennessee Secondary School Athletic Association. The association presented the list of disciplinary actions for 2020-21 and a 10-year ejection summary report to the Board of Control last month and has published both at TSSAA.org (see links below).

“I was a sophomore when 'Friday Night Lights' was written (by H.G. Bissinger in 1990),” Sanchez said. “When I was growing up, you had no idea how unfortunate it was that there was so much pressure on these kids. Undue pressure; it wasn't healthy.

“So I just feel like coming back after COVID, all of us--coaches, administrators, everyone--continue to say, 'how do we honor our love for sport, for being on the team, for competition, but also make sure we don't put it in a wrong light?' We're not going to be happy when somebody is hurt, not going to be happy when somebody goes out of character. I'm very hopeful that there's a renewed commitment to just enjoying the sport, keeping the idea that while we are competitors, we're also trying to make each other better.”

Data suggest there just may be something to Sanchez's vision – and that of the TSSAA.

A funny thing happened over the course of the 2020-21 competitive athletics calendar – there was a measurable uptick in sportsmanship by essentially every definable metric.

Football had just 19 players ejected this past season for unsportsmanlike conduct – the first time it had been fewer than 32 players in a decade and the first time fewer than 50 players were ejected in six years.

Girls’ soccer had just 18 total players ejected -- the sport’s lowest total since 2012-13. Girls’ basketball saw just a dozen players removed by officials -- down from 50 during the 2018-19 campaign.

“I think the pandemic and missing so much in 2020 definitely had an impact on it and that's what we saw even going to games as a staff and during our tournament series,” said TSSAA Executive Director Bernard Childress. “We had several individuals who came up to us and said thank you for what you’re doing, thank you for working so hard to give young people this opportunity. I think it did reach our schools and our coaching staffs. They are the key.

“When you're talking about young people making the right decision and looking to coaches for guidance, the coaches are the role models, the ones the kids are looking up to. And fans and everyone else at athletic contests are also looking to the coaches. When coaches set the right tone, we can only continue to improve.”

Inside a pristine new school nestled in the foothills of the Great Smoky Mountains, that’s a message that was emphasized from the outset, according to school leadership.

“In the spring of 2020, we lost sports -- and all that is good about them,” said Gatlinburg-Pittman Junior High School Principal Dr. A.J. Bennett. “Then last summer and into the fall, we just prayed our kids would get to compete at some level, and with fans. I think that really changed everyone’s perspective. We just felt blessed to get to be part of student-athletes’ competition and we talked about that with our coaches. Back to the basics of what really matters. We got a reminder of what life is like without athletics and I don’t think anyone wants that.”

Improvements across the Volunteer State – a testament to coaches, players and administrators, as well as perhaps the continued impact of TSSAA's partnership with the Tennessee Titans on the Inside-Out Initiative that fosters sportsmanship goals – are arriving at a time when many states are facing shortfalls in available personnel for officiating events.

Indeed, the National Federation of State High School Associations this spring addressed that topic in 'The NFHS Voice.'

The story's author, Dr. Karissa Niehoff, the Executive Director of the NFHS, noted the following:

For other officials, however, the pandemic was a secondary concern compared to the verbal abuse they receive from fans – mostly parents. It is particularly hard for rookie officials to overcome the verbal shots they hear from parents. In an article in the Salt Lake City Deseret News, Jeff Cluff, assistant director in charge of officials for the UHSAA, had the following to say about unruly fans in his state:

“Parents are out of control . . . Because of the club and super-league culture, they think these games mean everything; we don’t look at it that way in high school. Kids are learning, the officials are learning, the coaches are learning. We have lots of people who are interested in officiating. If we could keep these officials, we’d be fine.”

As society has inched closer to pre-COVID norms, it still has been a gradual process on playing fields at all levels – especially for high schools. TSSAA Assistant Executive Director Gene Menees sagely noted that the 2020-21 competitive calendar featured overall fewer contests as some systems eschewed fall and winter sports or slowly eased into their seasons.

However, Menees emphasized, there was an almost-palpable sense of gratitude in a return to competition – something that can be fostered even as the pandemic so gradually recedes in rearview mirrors.

“I don't care what it is in our lives, and I'm guilty of taking things for granted, all of a sudden when something gets taken away from you like athletics, we realize it's not all about winning and losing,” Menees said. “It's about students participating.

“I've said over the years, it's a high school game, and I don't mean to say it's not important, because it is important to coaches, athletes, parents, communities, but it's high school athletics. I would like to think that just trying to keep things in the proper perspective moving forward can help. For every game that's going to be played, one of two things is going to happen: Somebody will win. Somebody will lose.

“Hopefully we can just keep it all in proper perspective. Game officials go out and do the very best they can, and hopefully we can add everything together and continue having more positive sportsmanship.”

“While we may all want our teams to have success,” Dr. Bennett added, “I think we also now understand the importance of the opportunity to just have our kids be on the field. Our kids work so hard preparing for the opportunity to compete. It’s about our kids. I’m just so thankful for the TSSAA leadership and Mr. Childress for continuing to fight for an opportunity for our student-athletes to compete. I know student-athletes all across the state. Wonderful human beings, and I’m so proud of their resilience and commitment to continuing to work hard regardless of the unknowns.”