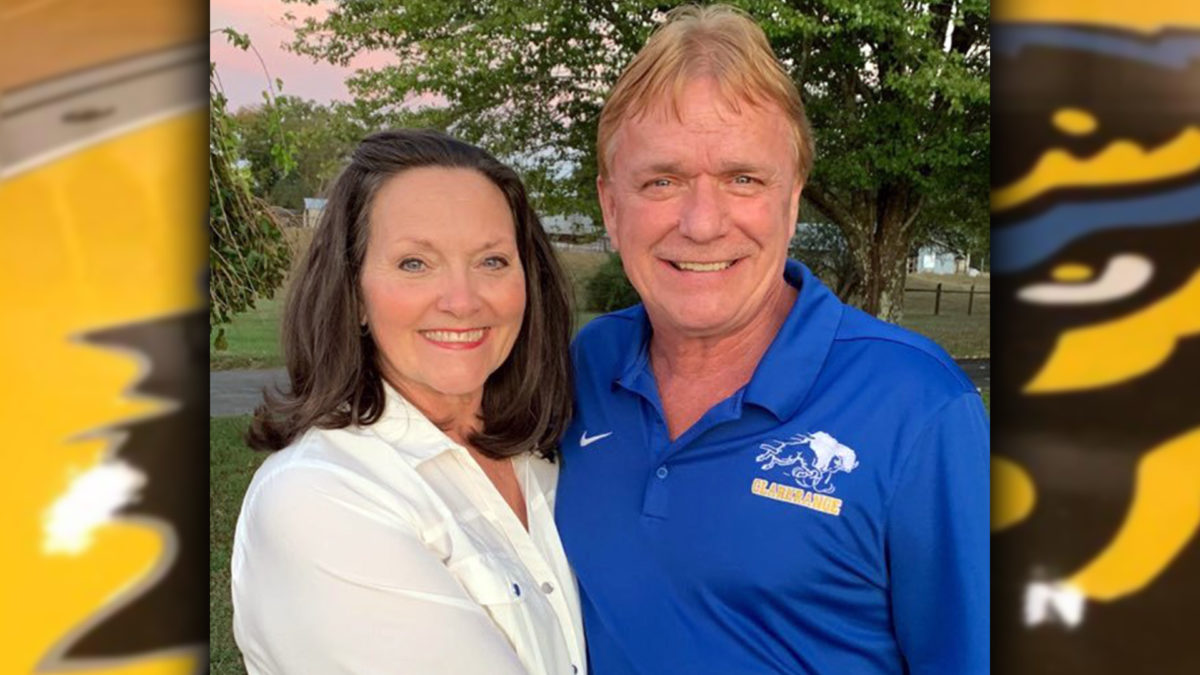 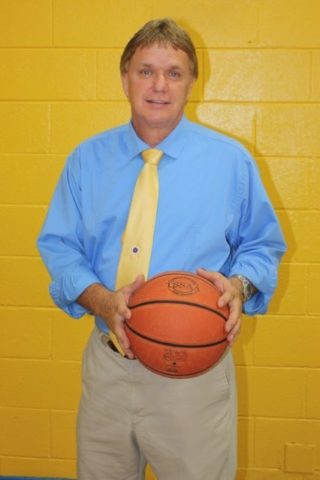 Here was Lamar Rogers, in the morning hours after a milestone win stamping his ongoing place in the history of Tennessee high school basketball, working on the farm with his son, Alvin, and helping herd along some goats back into the preferred area.

Some 12 hours prior, Rogers was doing what he now has done a state-record 1,218 times --- leading powerhouse Clarkrange to victory.

This was no easy affair, despite a 20-point margin in the Lady Buffaloes’ 46-26 triumph. Host Pickett County had entered the contest undefeated and ranked fifth for the district clash.

“We had to earn it last (Friday) night,” said Rogers, in his 43rd season at the helm. “Pickett County has a good program, and Coach (Brent) Smith does a good job.

“It was good to get it behind us. Everybody was asking about it and I think the girls felt a little pressured to be successful.”

He’ll talk about his former players, 50 of whom have signed college basketball scholarships, as long as someone is listening; he’ll discuss his granddaughters, 12-year-old Chloe and 6-year-old Hattie, even longer; and he’s plenty happy to talk about the fine young coaching careers of some his protégés, Miranda Cravens at Station Camp and Kelli Reed at Springfield and Radhika Miller at Cumberland County, to name just a few.

Rogers had to discuss his impending coaching milestone because some confusion had arisen as to his having been on the verge of a national record.

“No, no,” Rogers said when asked if he had ever brought up the milestone. “I did Wednesday when our county (Fentress) paper came out after we beat Oneida and we had tied the record.”

Rogers only has ever coached for the kids and the community; the bonds and relationships; life lessons and expanded horizons.

“I remember my first game; I lost my first game to Cumberland County,” Rogers said. “And I woke up the next morning ready to hang it up. Golly, I felt bad.

“That was in 1977, we got beat in the substate, and the next year we went to the state tournament. That was actually the old 6-on-6 basketball. Not many of us are left that had the privilege or experience to coach in that.”

Since that debut loss, only another 271 have followed Rogers. His team --- never just himself --- averages approximately 28 wins per season; it owns 24 TSSAA state tournament appearances.

Eleven times, the Lady Buffaloes under Rogers have played for the state’s prized gold ball and eight times they have hoisted the championship trophy.

“There's a lot of the greatest memories where you learn so many things with your team and teammates, it’s not just basketball,” said Pamela Rogers, Lamar’s daughter and a former standout in the program who signed with Tennessee Tech and finished her collegiate career at Cumberland. “With all the sports, any time that families are teaching their kids winning is not everything, it’s important, and Dad always taught really good skills.

“Having dedication and discipline and a desire to play, that was the three things on our wall in our locker room. Everybody is not going to be born with the greatest athletic skills in the world, but you don’t have to be the most athletic person to strive to be a better player. It was dedication, discipline, desire.”

Of course, winning now is interwoven into the Clarkrange community, one Pamela notes is so quaint that it didn’t gain its first traffic light in town until the mid-1990s. The citizens’ longstanding tradition of greeting each Clarkrange team back from MTSU, host site of the state tournament, and following the team back to the school traces to the ’80s.

“You get the right fabric, the right threads woven in, you’re going to have a great tapestry where they are a championship team, and he’s had a lot of great parents and a lot of great kids who cared about the team and the community,” Pamela said. “Being on the bus was a big deal and when you’re on that bus driving back to little Clarkrange from Murfreesboro, there is a convoy of people parked on the road at the Fentress County line as you come in from Putnam County.

“You see emergency vehicles, state troopers, cops, car after car after car that’s waiting and they follow in behind the bus. It’s one of the greatest memories, and I think it’s something that every one of the players that’s ever been on the team would say they always remember.”

These days, Lamar Rogers is remembering just a few years ago, when he coached granddaughter Chloe’s grade-school team. She’s now in seventh grade, and she expects granddad to be her coach at Clarkrange in a couple of years.

Recently, young Hattie was showing one of her friends the proper follow-through for her shooting stroke, and Lamar Rogers was laughing at hearing his granddaughter explain to her friend the need to finish her shooting motion “with the whole hand in the cookie jar.”

Basketball, of course, is central in the entire Rogers’ family’s lives, but it does not define their lives. Lamar is co-leader of the church choir, and he’ll spend time fishing with his granddaughters as quickly as he’ll unlock the gym for the girls to log extra shots. 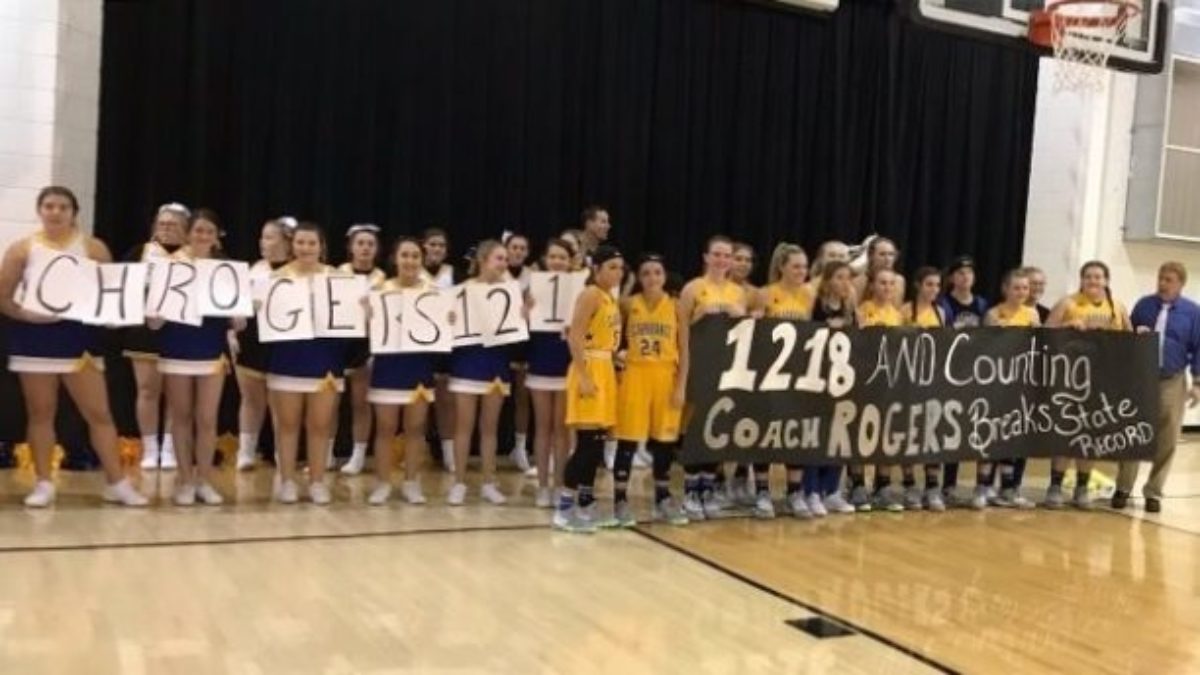 These days, he’s semi-retired on a 100-day contract for the school, where principal Judy Jones is also one of Rogers’ former players. His classroom history includes English, general science, physical science, math and his current role as a wellness and weight room instructor.

There isn’t much slowing down though, even on what amounts to a half-year contract. There are games and practices and the granddaughters’ games and the goats and some chickens and cattle on the 50-acre farm.

“Basketball has been a big part of our lives and we try to keep the family first,” Lamar said. “We’ve farmed all these years, and it’s a different job but it’s relaxing. My wife (Karen’s) support has meant everything, and she’s one of Clarkrange’s biggest fans. My family’s support and the community’s support, too.

“The journey you take every year with your players and watching them grow up and mature, some of the moments throughout the season. It’s great to make state and special to win, but just seeing players, through four years of high school, seeing them mature, and the camaraderie with coaches and starting with a new team every year, trying to see how good of a team you can be. It’s just special.”