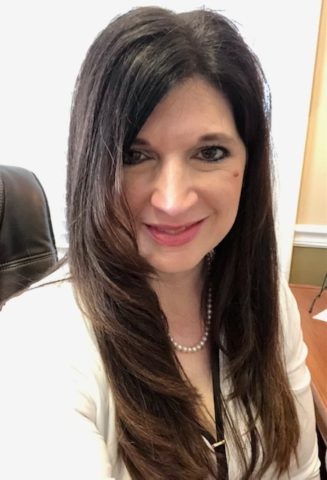 It was, for all intents and purposes, busy work.

A gifted student but with limited extracurricular activities, eighth-grader Janet Layman was given a proposal to help the basketball teams at Rhea County High School: keep the scorebook.

Nothing since then has been the same for Layman, honored this month as the Tennessee Secondary School Athletic Association Distinguished Service Award recipient for her longstanding work with the TSSAA – particularly at championship events.

“The basketball coach who was also one of my teachers decided he would teach me to do the scorebook and my parents let me do and it just kind of stuck,” said Layman. “I got to know the reporters. They would come to our games at Rhea County; Ray Talley, he is the one who really taught me to keep the book. Coach Steffan Holder also helped me learn how to fill in the scorebook.

“When those two coaches taught me to keep a scorebook in eighth grade, it fundamentally changed the course of everything. My life would be completely different. And I always will be very grateful to those two men.”

Layman's happenstance endeavor has turned into a lifelong passion, a now-burgeoning business she co-owns, and it's the best way to locate Layman in championship times – be it the annual TSSAA BlueCross Bowl or the TSSAA State Basketball Championships, among other events.

Layman's work with Tennessee's prep sports governing body extends to her days working in the sports information department at Middle Tennessee State University under Ed Given, the Sports Information Director at the university at the time. Layman earned her undergraduate degree from MTSU en route to a career as a practicing attorney.

"Mr. Given was fantastic, wonderful to work for, and kind of like a dad to all of us who worked for him. A lot of reporters had written letters to him when I went to college about me working for him, and it was a really great time with great people."

“I guess this football season that I just did was 28 seasons at MTSU,” said Layman, who in this COVID-19 pandemic-influenced year missed the TSSAA BlueCross Bowl for the first time since 2000 because she was in quarantine (but not sick) from virus exposure. “It was fun, something to do, and honestly, until 2014, I did just a few football games, the BlueCross Bowl, basketball some at MTSU for the state championships. It's a job now. It's every bit as much work as my law office.”

The work now is more vocation than hobby because almost seven years ago, Layman and Ken Stegall launched The Scorer's Table, “a company designed to be a central network for scorekeeping and other game day workers.”

The niche company now has a full-fledged portfolio of clients across approximately 15 states, largely clustered throughout the Southeast. The Scorer's Table works with high school associations, including the TSSAA, particularly around championship events; it also works intimately with collegiate athletics programs.

“The Scorer's Table is Ken's brain-child,” Layman said. “But in all honesty, we thought it would be a hobby. A way to make a little money, coordinating stat crews. Working for MTSU, I was almost like a volunteer to put together the schedule, and Ken was doing the same thing at Trevecca. I think it was Jo Jo Freeman who decided we ought to be introduced and said, 'If you all could get your people working together sometimes, that might be helpful to schools.' That's kind of how it started. Ken said we should just start a business doing this, charge a little bit to put together schedules and help get the events staffed.

“It took us about two years ago to figure out how we were going to do it. In 2017-18, it just took off like crazy. It's not a hobby anymore; it's a full-on, full-time business.”

A blossoming company that, for Layman, draws its roots from eighth grade in Rhea County and subsequent work in sports information at MTSU.

TSSAA is proud to recognize Janet Layman for her numerous contributions over the years to high school athletics in Tennessee.