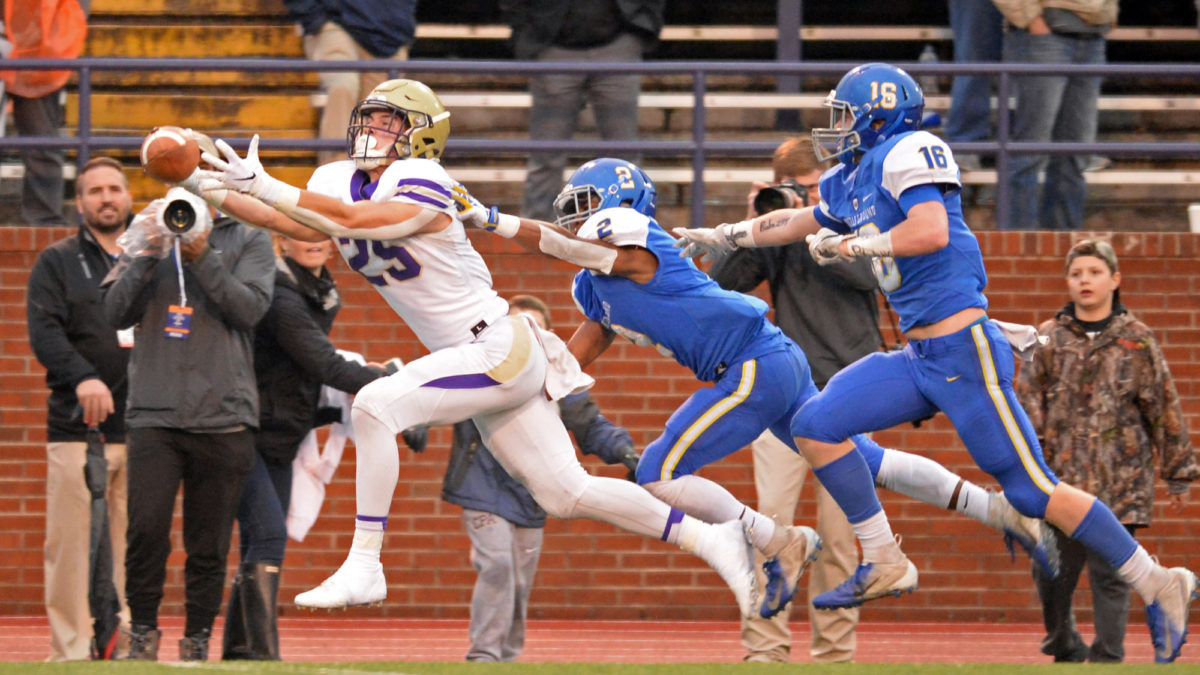 Championships to be held in Cookeville, Dec. 5-7

Twelve games will be held across the state this week to determine the final 12 participants in the 2019 BlueCross Bowl next week in Cookeville. Learn more about the event, purchase tickets and view information about the teams at TSSAAsports.com/football.

The full scoreboard, brackets and schedules for the playoffs can be found at https://tssaasports.com/sports/football/.

Maryville has only failed to make the playoff field 11 times in the 51 year history of the TSSAA football playoffs (40 appearances). Other schools have made regular appearances in the playoffs: Trousdale County 39, South Pittsburg 38, Lake County 36, MBA 33, ECS 33, Alcoa 33, McCallie 32, USJ 30.

Elizabethton, Houston, Nolensville, Riverside and Summit are the only schools remaining in the 2019 playoff series to have not appeared in a state championship contest. Records show that Elizabethton did win a championship in 1938 but that tournament was not a part of the modern TSSAA playoffs which came into existence in 1969.

The last time that the BlueCross Bowl championship games did not include either Maryville or Alcoa was 2003. Including 2019, the two schools have a combined 73 playoff appearances. In those 73 appearances, the teams have advanced to the championship game 42 times.

This is the third semifinal meeting between Greenback and South Pittsburg in the last four years. Greenback prevailed in 20016 and 2017.

Alcoa has won five straight playoff games against Loudon. Loudon's only win over Alcoa in the playoffs was a 21-10 victory in the second round on Nov. 12, 1999.

This is the sixth consecutive meeting between Maryville and Oakland in the state semifinals. Oakland has prevailed in two of the meetings (2016, 2018).

The NFHS Network will be bringing numerous games to fans that are unable to attend games in person via their live video streaming platform. With an NFHS Network subscription you can watch any and all games for one low monthly or annual fee. You can click here to find your game on the Network. The games on the Network this Friday are: