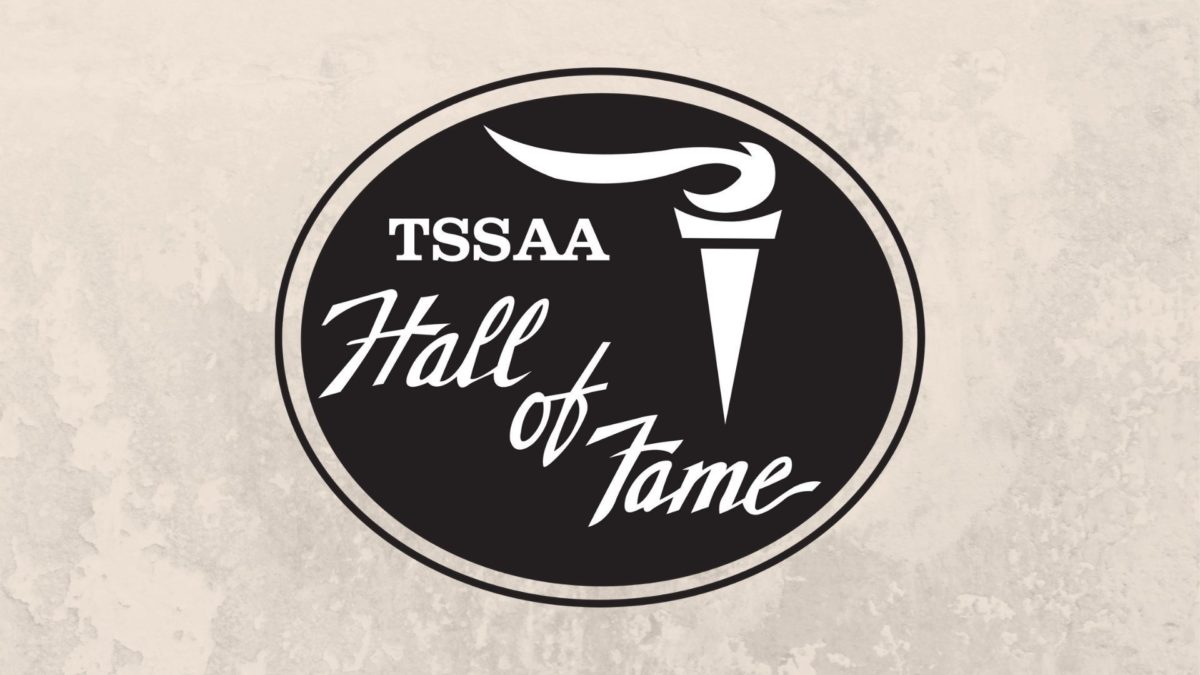 Annual induction ceremony to be held on April 18

The 2020 TSSAA Hall of Fame inductees have been selected. Nine new members will be inducted into the TSSAA Hall of Fame at the annual luncheon at the Embassy Suites Hotel and Conference Center in Murfreesboro on Saturday, April 18, 2020.

Three administrators, four coaches, one official, and one contributor will be inducted that day to join others in the annual gathering of those selected since the process began in 1982.

The Hall of Fame luncheon will begin at 11:00 a.m. on Saturday, April 18. The luncheon is to not only honor the new inductees and their families, but to honor all past inductees into the TSSAA Hall of Fame. Tickets will go on sale on Monday, February 10. You may purchase the tickets at $35.00 each by visiting our website (www.tssaa.org). Please print off the ticket form and mail it to our office along with a check or money order. All ticket orders will be available for pick-up on the day of the luncheon. There will be NO ticket sales at the door.

Barbara Daush—Administrator in the Memphis area for over 40 years…President and Chief Executive Officer at St. Agnes Academy for 22 years…Head of Hutchison Lower School from 1990-1994…administrator and teacher at Grace-St. Luke’s Episcopal School for 12 years…teacher at Lausanne Collegiate School from 1975-1978…Chair of the Board of the Southern Association of Independent Schools…Board of Directors and President of the Tennessee Association of Independent Schools…served on TSSAA Division II Committee and served for ten years as a liaison on the TSSAA Legislative Council and Board of Control…received a TSSAA Distinguished Service Award as an administrator…retired in 2016 but continues to do consulting work for search committees of independent schools

Turner Jackson—Teacher, coach, and administrator for 41 years…served as head wrestling coach for 2 years at LakeView Fort Ogelthorpe High School before going to Bradley Central High School in 1979…has coached wrestling, cross country, track and field, and softball during his tenure at Bradley Central…served 20 years as athletic director…Retired in 2015, but still teaching wellness and serving as school’s athletic director on 100-day contract…TIAAA Athletic Director of the Year…Region 3 A. F. Bridges Athletic Director of the Year…member of National Wrestling, Greater Chattanooga Sports, Bradley Co. Old Timers, and UTC halls of fame…TN Sports Hall of Fame Athlete of the Year in 1976

Clint Parnell—Fifty-six years as an administrator in Middle Tennessee…taught and coached football, basketball, and track at Maplewood High School for 21 years...Assistant Principal at Whites Creek High School for 5 years and Ewing Park Middle School for 4…retired from Metro-Nashville Public Schools in 1992…became Principal and Athletic Director at Goodpasture Christian School in 1992 and served as Principal until 2005…has been an athletic administrator at Goodpasture for almost 30 years, having recently been appointed the Dean of Athletics…TSSAA Athletic Director of the Year in 2009…received a TSSAA Distinguished Service Award as an administrator in 2006…TSSAA basketball official in the 1970s

Bobby Alston—Administrator and coach at Memphis University School since 1977…has coached football at MUS since 1980, and became head coach in 1998…athletic director since 1997…has served as the school’s head track coach since 1983…Dean of Students from 1994 until 1999…coached football under fellow TSSAA Hall of Famer Jake Rudolph for 17 years…overall record of 180 – 76…has captured 4 TSSAA state football championships (2004, 2005, 2008, 2009) and 3 Runner-up finishes (2012, 2013, 2018)…TSSAA Distinguished Service Award in 2000…TN Football Coaches Association Hall of Fame (2018)…TSSAA / NHFCA State of Tennessee Football Coach of the Year and TSWA Division II Coach of the Year in 2005-06…TN Football Coaches Association Hall of Fame in 2018… his track teams have won five TSSAA state championships and two team relay championships…TSSAA A. F. Bridges Award winner 3 times…TSSAA Regional Coordinator and has served on the TSSAA State Track and Field Advisory Committee

Shelby Miller—TSSAA football and basketball official for 54 years…officiated basketball for 25 years before retiring in 1990…officiated 16 district, 15 regional, 11 sub-state, and 2 TSSAA state tournaments (1981 girls, 1984 boys)…has been selected to work the football playoffs for 42 consecutive years…officiated 5 TSSAA state football championships (1985, 1992, 1995, 2008, 2019)…still actively officiating football as Head Linesman…TSSAA A. F. Bridges Award for Official of the Year…inducted into the Carter County Sports Hall of Fame in 2016…National Football Foundation Hall of Fame in 2017

Marion Wilhoite—Sports editor at the Columbia Daily Herald for 54 years (1962 – 2016)…reported fast-pitch softball league results from the age of 13 to 15…at age 15 he kept play-by-play sheets for the Herald Sports Editor for Columbia Central and Columbia Military Academy…State Prep Sportswriter of the Year by Lawrenceburg Quarterback Club in 1984…press box at Columbia Central HS named in his honor…charter member of City of Columbia Parks and Recreation Department Hall of Fame…Metro Region 6 Hall of Fame…TSSAA Distinguished Service Award as Contributor...Tennessee Sports Writers Association Hall of Fame…honored for 50 years of service to the TN Press Association…featured in a column in Sports Illustrated in 1989 for his unique brand of sports coverage, as he was well-known for being devoid of negativity