Chris Snoddy has served multiple mid-state schools throughout his career 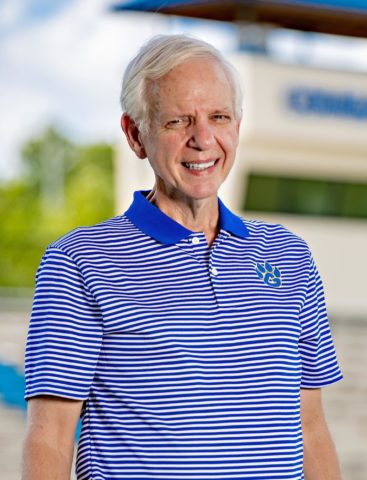 His team’s championships number more than 20 across a distinguished career, all but the first two earned at Goodpasture Christian School.

“Working with him on a daily basis and seeing what he does, it extends so far beyond just his expertise as a trainer,” Carter shares. “Anybody who knows Snoddy knows his expertise is beyond debate. What people may not know is how much he cares about athletes, coaches and families.

“He is uniquely connected to every program here. Not just boys’ sports or not just football but he’s connected to every single program and coach. He’s invested in the program just like a coach and what’s amazing is to see the way the kids interact with him. They just absolutely love him.”

Snoddy’s decorated career includes noteworthy stints as trainer for Don Meyer’s legendary college basketball teams and Glenn McCadams’ high school football squads at Lipscomb. His roots as an athletic trainer trace all the way back to his middle school days, when, by his own admission, he “wasn’t much of an athlete.”

“The coaches said, ‘Hey, why don’t you help us?’,” Snoddy, now on staff at STAR Physical Therapy, says. “I drove the coaches’ cars and trucks and ran errands, took kids to the doctor; I had a kid collapse in football practice my sophomore year, and coaches took me in the ambulance to the hospital with them and they went back to practice. It was a different time then, it was just the two coaches.”

He’s been helping ever since, through quite literally thousands of Friday nights and countless other evenings.

“I think the relationships are the key element. I really don’t know what to do if I’m not at a game on Friday night,” Snoddy said. “I found out a while back that some restaurants have all-you-can-eat catfish on Fridays, and I have no concept of that.

“I’m always at a ballgame, football, baseball or softball or something.”

Goodpasture, which has named its athletic training facilities in Snoddy’s honor, has seen the school leadership keen to recognize Snoddy’s impact on the program.

“Although he has about 20-plus years here at Goodpasture, the work he’s put into making it the best work environment shows,” said Hannah Busbee Jernigan. “He is the optimal role model for parent/athlete/trainer relationship.”

Here in the present, Snoddy isn’t planning on ending his lifelong love-affair with helping athletes and coaches anytime soon.

“That’s my goal, as long as God gives me the ability. I was just covering a scrimmage (on a recent) Friday night,” Snoddy said. “And we open the season next Friday night.

“Even on the open date, I’ll probably go hang with another athletic trainer from STAR at a game.”