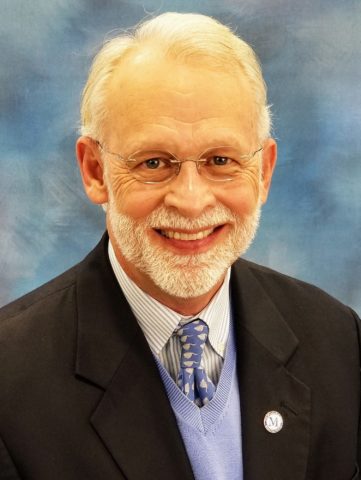 There was an initial hesitation for Kenny Sholl years ago when it came time for him to pick a collegiate path; the former Lakeview-Fort Oglethorpe (Georgia) standout had, after all, elicited scholarship offers for his play on both the football field and the baseball diamond.

Ultimately, Sholl chose a collegiate career on the diamond, which he spent at both Vanderbilt and the University of Tennessee at Chattanooga.

When Sholl was done with college and contemplating a career path in his quaint dwelling, there was no such hesitation about where he should chart his path in life.

“I was sitting at the kitchen table in my apartment, and my old high school principal called me,” said Sholl, who had earned football scholarship offers from Georgia Tech, UTC and others but picked the baseball career in the Volunteer State among a dozen or so scholarship offers. “He asked me, 'What are you going to do? Why don't you come teach math here? We've got an opening.

“From day one, that was my calling. I knew I wanted to be a teacher-coach.”

That was all the way back at the onset of the 1980s. Three years later, Sholl was offered an opportunity to teach and coach at the prestigious, nationally-regarded McCallie School in Chattanooga.

Sholl never left; rather, he raised a family at the school, along with his educator wife, Penny, and worked the classrooms, ball fields and administrative offices on the pristine Blue Tornado campus.

“I got here and got around these people, this culture, and I felt like I had kind of found a home,” said Sholl, whose sons, Patrick and Scott, both attended McCallie while daughters, Carrie and Callie, graduated from Girls Preparatory School. “I'm not sure I could have projected I'd still be here in 2021, but that ended up what's happened.

“Five years ago I got the opportunity to serve on the TSSAA Legislative Council, and I've considered that a huge honor and privilege to do that. To do the best we can for student-athletes. It's not surprising, but it is eye-opening to work with those folks and see how much they care about the students and doing right by them and what is best for them. I really would like it to be known how much I have appreciated being a part of TSSAA and how much McCallie School has meant to me and my family.”

From McCallie's baseball diamond to its basketball hardwood to its football gridiron, Sholl's impact has been a lasting one – during students' school days and thereafter. During his career at McCallie, Sholl has served as the head baseball and football coach, a dormitory head, chairman of the mathematics department, and Dean of Students.

“He is the best; he is the true McCallie Man,” said Scott Simmons, a former McCallie baseball standout and Chattanooga-area attorney. “In every sense of the word. There is no one who loves McCallie more than him.”

It would be hard to find a family that gives back more to education. In addition to Sholl's work at McCallie and his wife's career as a first-grade teacher, two of Sholl's siblings also are teachers as well as sons-in-laws, multiple nieces and nephews who are educators.

“I think probably I should mention, my parents did not graduate from college, but four of us all are college graduates and three of the four of us became teachers; it's just kind of been what our family has done,” said Sholl, who praised the impact of his late parents, Jo and Jerald, as well as his longtime youth and prep coach Jack Archer and the Potter family that is synonymous with McCallie. “I was very fortunate to have mentors along the way who taught me something very valuable, Pete Potter the main one, and that's coaching was the way you made a difference in lives and wins and losses would take care of themselves.

“For a young coach to hear that over and over again and not get hung up on wins and losses was so valuable. So whatever you're doing, that opportunity is just the tool, the vehicle for really Teaching the student with a capital T. I know for me, these kids keep me accountable. I can't veer off the path because I owe it to them. In a way, without them, I'm not a very good man. But I'm not going to let them down.”

TSSAA is proud to honor Kenny Sholl for his many years of dedication to educational-based athletics in Tennessee.