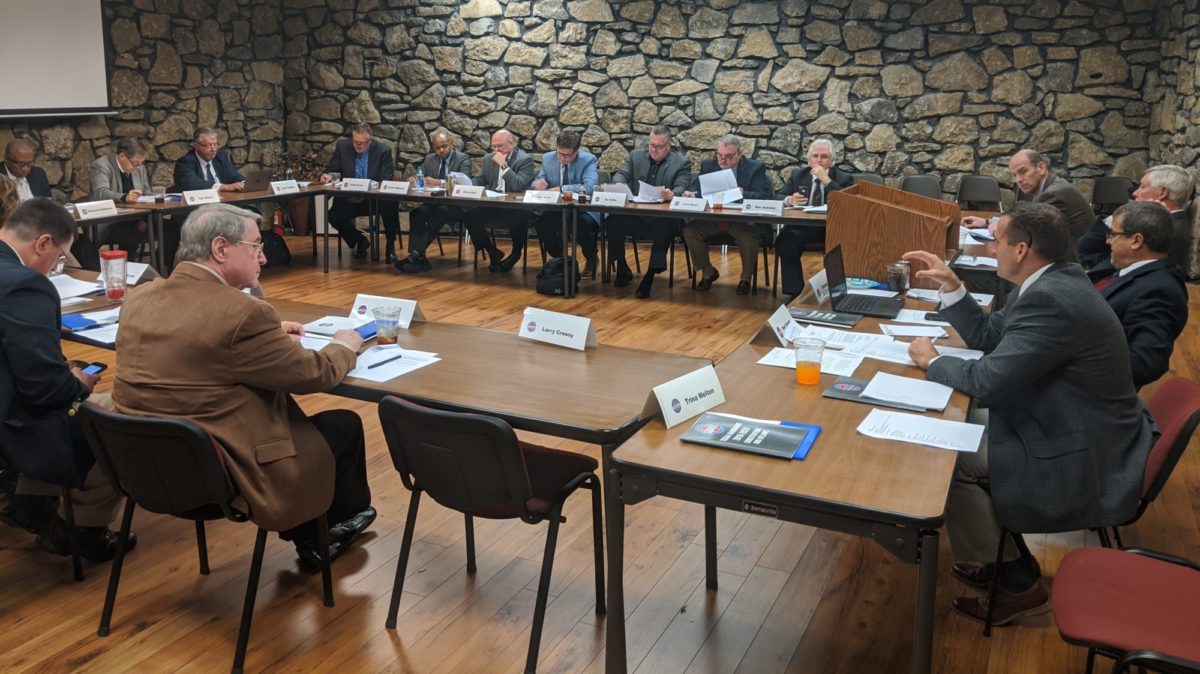 The TSSAA Legislative Council met on Thursday, December 12 at the TSSAA office building in Hermitage.

The first item that the Council discussed and took action was the removal of Article II, Section 23 (All-Star Games) from the TSSAA Bylaws. This goes into effect immediately.

The Council denied the proposed change to Article II, Section 7 (Repeating Rule) of the Bylaws that was submitted by Chattanooga Christian School. The proposal was to change the repeating rule so that middle school students who repeated would only lose their eligibility in the ninth grade only if they participated at the varsity level the year they repeated, compared to how the rule reads now which states they lose ninth grade eligibility if they participate at any level the year they repeat.

The Council denied the proposal submitted by Bradley Central that would have removed Article II, Section 12(d) regarding eligible transfer students from the TSSAA Bylaws. In essence, this would have gone back to the old rule that did not allow student-athletes with an athletic record in the last twelve months to go back and forth between schools without a bona fide change of residence that justifies the change in schools.

A proposal submitted by Memphis Middle College High School to move the date of first contest in golf three weeks later than it currently is on the calendar was denied.

The Council did not approve the proposal regarding the co-op rule submitted by Brighton, but they did vote to change the number of years that one of the schools could not have that program in order to form a cooperative program with another school. That was changed from five years to two years.

Additional items were taken up by the Council. The complete minutes from the meeting can be viewed below.