Former coach has served as Athletic Director for over 15 years 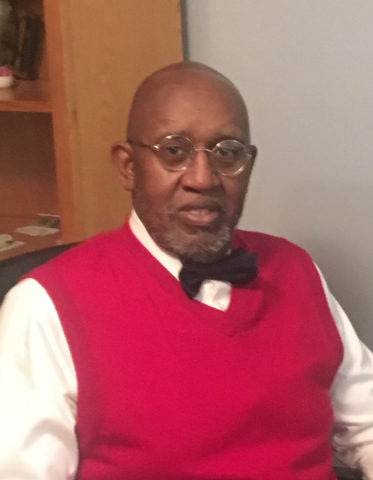 There are trophies in various cases, old newspaper clippings with the highlights, and countless other memories for Roy Spears’ decorated career as a coach and administrator in Memphis City Schools.

Those are nice mementos; they are not Spears’ motivation.

It’s the mid-August birthday wish to a former student now serving in the military and stationed in Hawaii. The words of encouragement to the departing 2020 Kirby High School valedictorian, and the invitation to the going-away-party for another ’20 honoree who’s set to begin a career with the United States Air Force.

“It’s so important to have those relationships,” said Spears, Kirby High School’s athletics director and the TSSAA’s first Distinguished Service Award recipient for the 2020-21 academic years. “Being a teacher during this time, I’m still teaching classes and a lot of kids are students of mine. It means a lot to the kids, means a lot to the parents and means a lot to me to be at the events.

“I’m very supportive of them and not just in high school. Just (Wednesday) morning, I sent a happy birthday greeting to a young lady now in the military and stationed in Hawaii, she’s married with three kids and her and her husband just left Hawaii to be stationed in California. I have two kids leaving (Thursday), our valedictorian this past year, and another young lady, whom I believe was fourth in the class. Her mom and dad invited me to her going-away-party to go into the Air Force. I’m going to a wedding the first of September for a former student and athlete of mine. It’s a great feeling.”

It’s a family feeling for Spears, who’s rooted himself in Memphis after growing up in Batesville, Mississippi, and attending both undergrad and graduate school at Ole Miss. Spears, and his wife, Margaret, who in September will celebrate 49 years of marriage, have made a life around education and athletics with their seven children.

“Our youngest daughter (Renae) just graduated from ETSU, where she played softball,” Spears said. “All seven of our children now have graduated from college. Our oldest daughter (Genee McRath) is a softball coach at Tennessee State in Nashville. So (Renae) is going to go to grad school at TSU and play softball for her sister. We had four kids play high school sports and four to play college sports.”

After stints coaching multiple sports both at Memphis Central and Kirby, Spears has served as Kirby’s athletics director since 2005. He also teaches dual-enrollment sociology for college credit, as well as U.S. Government and U.S. History courses.

“I always say that being an athletic director requires more time than it did for me as a coach,” Spears said. “I try to attend as many of the different sporting events as we have. That’s a lot of football, soccer, baseball, track, girls softball games and so on. It’s pretty compelling, and I try to stay abreast with our kids who compete.”

TSSAA proudly salutes Mr. Roy Spears for his years of service and dedication to student-athletes in Tennessee.