Mona Miller honored for decades of service as a basketball official 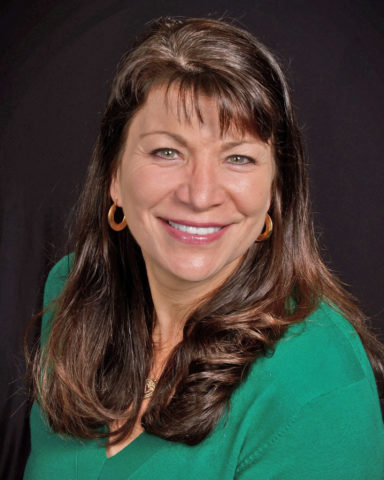 Then, she ejected a school president.

Finally, a basketball game ended well after midnight – delayed by a volleyball tournament that stretched hours past its scheduled time frame.

Undeterred, Miller stuck with it; some 30 years later, she’s the April recipient of the Tennessee Secondary School Athletic Association Distinguished Service Award for her longstanding dedication to basketball officiating.

“I was working 12-14 hours a day at Proctor & Gamble in Jackson,” Miller said, “when the very first game I had switched locations to a different school and the game got changed. Needless to say, it was a ‘throw me in and sink or swim’ situation, back in 1988, well before cell phones were common.”

“The very first game I had was supposed to be at Lambuth University. It’s my first game in the TranSouth (Conference), and I’m freaking out. Then, I tossed the assistant coach from Lane in my second game -- who was the president of the college and I didn’t know it. The third game was at Freed-Hardeman, and they had a volleyball tournament go late on Friday night; we were supposed to start the basketball game at 7 p.m. and volleyball didn’t end until after 10:30 p.m.; it was after midnight when our basketball game was done.

“Mr. Hutton calls me the next morning, and he just tells me to stick with it.”

Hutton and Fred Baker are among the most significant mentors for Miller, who had no shortage of impactful colleagues as an Egypt-born basketball stalwart that played at former Red Bank High School for the famed coach Hutch Lewis.

“I spent one year at Farragut but didn’t play, and the reason why was because the girls practiced at 7:30 in the morning,” Miller said with a laugh. “Then we moved to Red Bank and I got to play for famous Coach Hutch Lewis, who had some battles back then with Bradley County’s Jim Smiddy.

“I played the last year of girls’ halfcourt basketball, my 10th-grade year, and I remember we beat Bradley one time, 5-4.”

Though she had offers to play at several small colleges, the determined Miller wanted to earn an engineering degree, which she did from the University of Tennessee. Soon thereafter, she moved to Jackson, Tennessee, to work at Procter & Gamble.

Miller would go on to a highly-decorated officiating career at both the high school and collegiate levels, working with the former TranSouth Athletic Conference in addition to her thousands of games for TSSAA schools. She has been an assigning officer in the Jackson area for the past decade and was also selected to officiate the 2002 girls’ state basketball tournament.

It was actually one of Miller’s college games, for which legend has it, that longtime TSSAA executive Gene Menees received her game tape.

“Mr. Hutton was one of the biggest promoters of women officiating,” said Miller, whose husband, Chuck, of nearly 33 years tagged along for many of her earlier games. “We had a game at Lyon College, and the head coach was female, the assistant was a female, and Mr. Hutton also knew the opponent’s coach was female.

“It wasn’t the first time we had an all-female crew, but after it happened, Mr. Hutton supposedly got that tape and sent it to Gene Menees and said, ‘This is what it looks like when only women are on the court.’”

Quick with her wit but judicious with the whistle, Miller continues to embrace the relationships that accompany officiating through the decades. She’s also helped mold a generation of new officials, especially after she pushed for having middle school basketball games crewed with three officials.

“I would say I officiate basketball because I don’t have enough stress in my life,” Miller cracked. “No, I enjoy it, I love doing it and it’s one of the great things when you’re out on the court, if you’re doing as you are supposed to, you can’t be thinking about anything else.

“Some women officials have had some problems, but I’ve never had one minute’s problem. The guys I’ve worked with have been wonderful, have taken care of me when I was a young official, watched out for me and have continued to watch out for me. The relationships and friendships that you develop are what it’s about.”

TSSAA salutes Mona Miller for her contributions as an official to high school athletics in Tennessee.