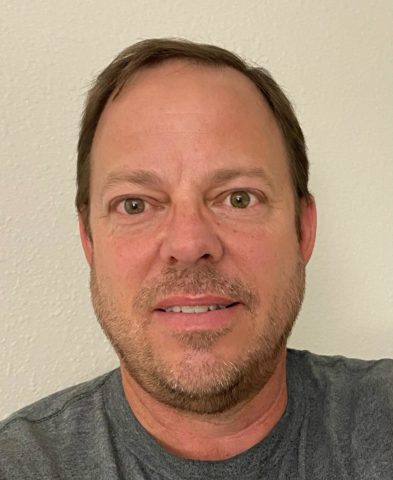 Jim Kaiser still remembers: day after day, watching his siblings leave their southwestern Indiana home for their practices and wondering, with a relative lack of patience appropriate for a 9-year-old, when his turn would arrive.

Finally, it came from his Corpus Christi Catholic Grade School in Evansville, Indiana, and he started running.

Through elementary and middle school, all the way into high school.

Then, to a track scholarship at the University of Kentucky. A spot on Team Nike, the Swoosh's ultra-prestigious running squad.

Running became a part of the very fabric of Kaiser, but it didn't become his identity.

Even when coaching distance runners and assisting at his alma mater, Kaiser discovered a divergent path into an integral but perhaps seldom-thought-of element of the sport: timing events. Especially as technology within the sport became more advanced. Kaiser embraced the opportunity, and he ultimately founded AllTrax Timing.

It's within that role that Kaiser has become a key cog in the Tennessee Secondary School Athletic Association's annual autumn cross country and spring track and field state championships, and it likewise is why Kaiser has been honored as November's TSSAA Distinguished Service Award recipient.

“I'm super fortunate that I've been able to make a career and living out of a sport I love, that I started running back when I was in fourth grade,” said Kaiser, a UK grad who has made his home just south of Lexington, Kentucky. “My older brothers and sisters were very sports-minded. Cross country and track and field were the first sports my little grade school offered to fourth graders, and watching my brothers and sisters go to practices, I was always eager of when could I go.”

Kaiser's age initially forced him to wait behind his siblings, but his youth, while on staff with the Wildcats, became an unintended asset for his then-burgeoning new career.

“Since I was the youngest computer-literate coach on staff, they told me to learn how to do the timing stuff,” Kaiser recalled. “After about four years of doing our own meets, teams would come and they would ask, 'Hey, we just bought a system, don't know how to use it, could you come show us how to set it up?,' and that led to enough requests that I decided to do it full-time.”

Andrew Turner of Vanderbilt became Kaiser's connection to Tennessee back in the late-1990s and early-2000s, and Turner likewise became a conduit between Kaiser and then-TSSAA head Ronnie Carter.

“Ronnie Carter had worked the state meet in Memphis (at Spring Fling) and had a few problems,” Kaiser said. “Andrew got a call from Ronnie, and he asked me to come and consult with him. It started from that point.”

Having launched full-time with AllTrax by 1996, Kaiser worked his first TSSAA state championship events in 2004; he had done some regional meets in '98-99.

Now, he's worked all the state's championship running events for the past 17 years – even making it something of a family affair in the process.

“Andrew Turner was a big part of drawing me down there, and with my older brother and sister living in Tennessee, I'd been to Tennessee quite a bit over my life as well,” he said. “It's such a perfect fit for me to be able to be involved in the TSSAA and do meets in Tennessee. My sister, Jill, and brother, Michael, will come and help me with meets very often.”

Dedicating about 35 weeks and weekends a year to the sports of cross country and track and field, Kaiser still sees the championship experiences building life lessons into the events, lifting up competitors and teaching far beyond the start-finish lines.

“The time has flown by and it's still just so much fun, especially at championship meets to just see these kids get a pay-off,” said Kaiser, who as often as possible travels with his wife of nearly two decades, Elaine, to the out-of-town meets. “Sometimes it comes in forms of championships and trophies and medals and I think in most kids’ cases, there's still a payoff in the experience, making state, being with teammates, it's a lifetime experience.

“I'm involved in so many different levels as a timer. I've done middle school meets, I've done collegiate national championships, TSSAA State Championships and then on the side, I've coached a middle school team for 20 years (at The Lexington School). The lessons beyond sports that go into your daily life; dealing with people, and dealing with excitement and disappointment. Of being encouraging to others. The life lessons are what I love to be a part of as far as my coaching efforts.”

Quite simply, Kaiser's having the best time.