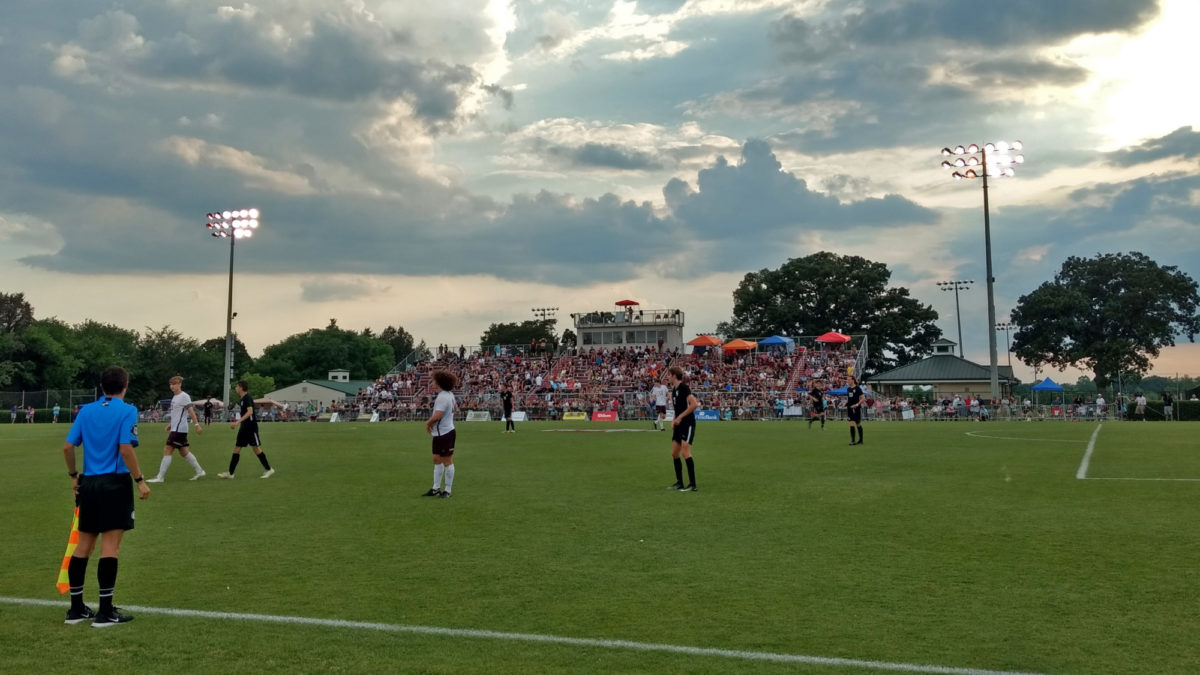 The first cancellation was a protracted, painful step into unprecedented territory.

COVID-19 arrived fast, once it arrived last year in widespread form into the United States, and the country reacted swiftly with mass shutdowns; cities, schools, sports, nothing was spared.

Spring sports at the high school largely had either barely completed their first weeks or not at all started their seasons.

Gatlinburg-Pittman coach Zach Schrandt remembers pulling his team off the bus on mid-march Friday afternoon. Nothing would ever be the same.

“I think it was probably kind of like everybody, it happened so fast, but we were four days out from our big tournament, the largest high school soccer tournament in the country, and, really almost overnight, we saw everything shut down,” Schrandt said. “I called Mark Reeves at TSSAA, and it was changing by the minute. I could feel it spiraling quickly.

“We were loading the bus on that Friday (March 13) to go play our third game of the season, and I got the call we couldn't play. Little did we know we were about to shut down the school system for two weeks.”

Weeks would become months. A half-year. Even now, not all school systems nationwide are operating with in-person classes Monday through Friday.

“The part that was most disturbing in the whole pandemic vs. mental health argument, was that people just dismissed the idea of mental health for adolescents,” Wolff said. “And every single person that you talk to from psychologists to educators understands these are the most formative years that you're going to have. We have never had to deal with things like that.

“There was a shooting here in Memphis that happened at Noon with some kids trying to rob somebody and they get shot. A kid probably doesn't die if there's school.”

It was the looming loss of everything that encompasses athletic competition – not merely the events; the moments, experiences, camaraderie, lifetime friendships – that left Wolff most discouraged.

“I think that Houston soccer is a pretty special place,” said Wolff, whose girls' and boys' programs are state and national powers. “So it wasn't the idea that they would never play soccer again; it was the idea that they weren't going to be able to have that special season, whatever it was.

The state's soccer coaches' association even tried to organize an unofficial state soccer championship tournament to be held in Gatlinburg. Though the tournament ultimately was blocked due to health concerns, an almost palpable esprit de corps emerged across the Volunteer State.

“All of us in the state really rallied and tried to put on the coaches' state tournament in July,” Schrandt said. “It was looking like we were going to get to have it and (Gov. Bill Lee) submitted orders like a week before. The hardest part was having to do it a second time, telling those kids a second time that they couldn't play. It was really difficult for these kids, this community.”

Coaches redoubled their efforts throughout the summer and into last fall in order to get sports back on the high school level. They began buying personal protective equipment, educated themselves on CDC guidelines, raised funds to buy, among other things, individual water bottles for every player.

This spring, sports are back. Life isn't fully returned, but society is opening up more throughout the United States with each passing week. Competitions are building towards spring's annual crescendo, TSSAA Spring Fling.

Kids have grown up a bit more quickly, but also have been forced to learn on the fly; today's senior captains don't have a junior season on which to build.

“I think if you were to ask them they would say they are appreciating it more,” Wolff said of his sport's return, “but I think what's going to happen when they have completed their playing and 10 years from now, when they have to parent, and it's going to help them. It is going to have a massive impact when they go on to the next levels of their life with the lessons they’ve learned.”

In the foothills of the Smokies, a season is transforming into something just a little bit more.

“We had 10 seniors last year and, for a small school like ours under 600 students, it was devastating,” said Schrandt, whose Highlanders program won the 2018 Class A state crown. “We were unbeaten and we felt we had a chance to go undefeated and maybe be the best team ever in school history. We were devastated for everyone, because people everywhere lost seasons and encountered so much. Those kids don't get to go back and repeat it. It's gone. It's hard to swallow and took us, and I'm sure in others, a while to get over it.

“But I think now kids are kind of trying to do something for last year's seniors. There's a sense that we want to do this not just for ourselves but for those guys, too.”