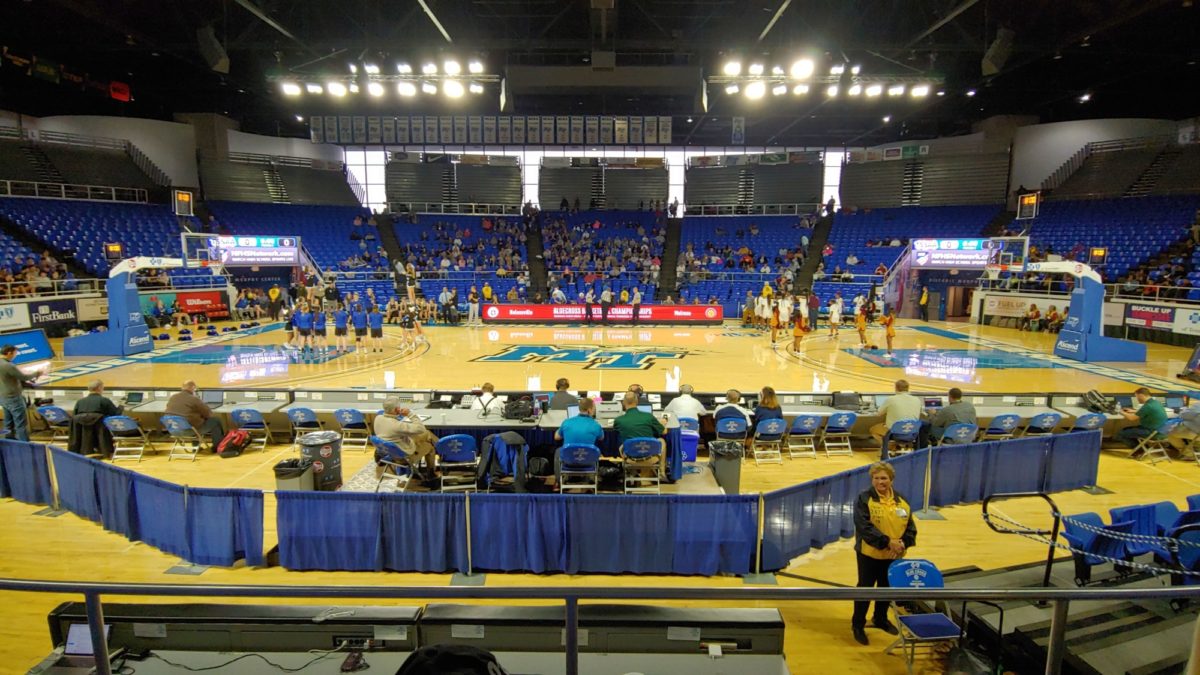 From the COVID-19 pandemic that wrecked the 2020 TSSAA Girls’ State Tournament after its quarterfinal rounds while the as-yet-unconquered virus disrupted, halted and forever changed life around the globe.

Back from tornadoes that likewise ravaged the midstate region all the way from west of Nashville east to the Cumberland Plateau last spring.

For Maryville High School's Lady Rebels, back more so as testament to the immense courage of assistant coach Kayla Tillie Rooney, a former standout-player at the school always known for her effervescent attitude.

She's in the fight of her life as she confronts leukemia and finds an entire community, not just coaches and players, rallying at her side.

“We may have been lucky last year because we got to play and know our outcome,” said veteran Maryville coach Scott West, whose squad fell in a see-saw battle against Whitehaven last year in the Class AAA quarterfinals. “We knew we had a special team coming back, but when Coach Kayla Rooney was diagnosed with leukemia, it hit all of us pretty hard.

“It makes all the other struggles in life pale in comparison to what Kayla has had to endure. We wanted to get to Murfreesboro and compete for her, to give it our all, as she fights the toughest battle of her life every day.”

Twenty-four teams descend this week upon Middle Tennessee State University's 'Glass House,' where some players are preparing to don a uniform for the last time ever. Yet the mere event itself is a victory for every player, coach, parent, referee, scoreboard operator and medical expert who helped an entire state persevere for young people to regain a semblance of normalcy in the form of 32 minutes per game.

“With COVID-19 happening over the last year, our kids were put in tough situations and not just our’s but everybody in general. We were told to stay home and not do anything,” said Lebanon coach Cory Barrett, whose program is back in Murfreesboro at the state tournament for a third year in a row. “Trying to tell 14- to 17-, 18-year-old kids they can't be around their friends and can't go to Sonic and have a slushie, things like that, you were asking them to take away their high school experience of being together. It was a promotion for laziness and there was just nothing we could do about that.

“For them to come back and jump back into physical work, into mental preparation, into the weight room, into all the things that encompass what we do as a program and them embrace it and run with it, I think it's just something remarkable.”

It's remarkable any year, any level, when individuals coalesce into a team that reaches MTSU's Murphy Center for a 96-hour stretch from Wednesday through Saturday, sneakers squeaking and whistles echoing, with a gold ball as the unified goal.

For Arlington, Clarkrange, Gibson County, Loretto, Macon County, Westview and the aforementioned Lebanon, it's a return to where the world as it was then known traces its expiration.

The disease, as well as mother nature, make this year's event unlike any of its decades of forerunners.

“Well, you know, we were shocked it ended,” legendary Clarkrange coach Lamar Rogers, Tennessee's all-time wins leaders in girls' basketball, said. “It's just been a long journey, a long trip to make it back.”

Like many, Clarkrange's season includes some coronavirus hiccups; this includes a team-wide 10-day quarantine early on in which there were no practices, no interpersonal interactions.

Barrett's program is this week on spring break, after only recently returning to full classrooms and with the discipline and good luck to endure no team-wide – only individual – COVID-19 shutdowns this season.

“It was just something new every day, some other type of stress level,” Barrett said. “We tried not to put that on the kids. We just tried to continue to talk to them about being cautious around other people and things like that.

“We only went back to a full schedule a couple weeks ago, going from about 900 kids to a little over 1800. That immediately gave me a lot of anxiety for our team, but we've been able to separate them for lunches, bring them into the gym during that time. Our administration and teachers have been great; we've pleaded with them to try to help us find some way to social-distance our players in a class of 35.”

His Lebanon team isn't quite a full year removed from winning its quarterfinals opener and preparing for the semifinals when a team dinner and team breakfast, as well as a couple just-in-case practices, became the lasting images of that 2019-20 season.

“Our team was at Chili's eating dinner,” Barrett said. “We didn't tell them; didn't want to say anything for sure. We had worked on our family list that day, we were told it would be immediate family only if the tournament could continue. When it comes across that it's been suspended, postponed at that point, I talked to the team.

“We felt like at that point, no one knew where it was going to go from there, so we came in and met the next morning. Had team breakfast, explained to them where we were."

Rogers owns too many wins, too many trips along the nearly 200-mile jaunt from Clarkrange west to MTSU and back, to not already have months of addressing this week with his team.

“I think as long you tell them what is going on and they have some facts, they handle it all right,” Rogers said. “You wish everything had been normal but it's not. We've got five seniors, it's affected them a lot. We adjusted homecoming and senior night, and we had those things. Up north, some schools aren't even going at all, which is their decision. But there's a lot of dedication and resiliency in these girls and in young people. They've handled it maybe better than parents.”

Mostly, though, Rogers wishes the worst of this deadly disaster is in everyone's rear-view mirrors – especially young people.

“Hopefully, this is the worst thing they have to go through in their life,” he said, “and they certainly will remember this year forever. We've lost a lot of people. Everyone probably knows somebody who's passed away, but hopefully this is the worst of it.

“I think everything is looking up.”