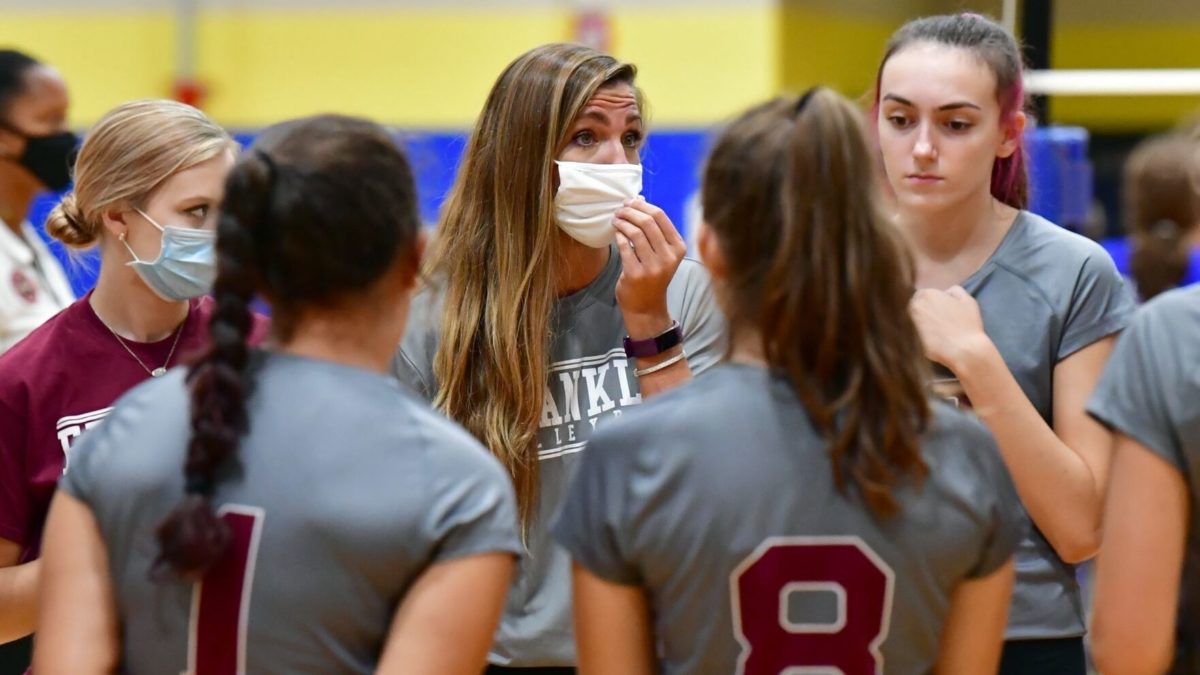 In Lookout Valley, football returned in July and things have been fine in the scenic hamlet just west of Chattanooga since late summer, even after preseason practice stalled for a week as a precautionary measure.

In East Tennessee, at Knoxville’s Fulton High School, basketball conditioning sessions unfold on the school’s track while football, a powerhouse in the 2000s, finds palpable enthusiasm despite a hard-luck, 1-3 start to the season.

Welcome to high school athletics in the COVID-19 age, with the Tennessee Secondary School Athletic Association forging ahead with medically-developed guidelines and Gov. Bill Lee’s blessing nearly one month ago.

“It’s been great for our kids to have a sense of normalcy,” said Joshua Payne, Lookout Valley’s head football and baseball coach, who also serves as an assistant athletics director. “It’s not 100% back to normal, but even with the extra protocols, temperature checks and the limited crowd sizes, the ability to play games and for kids to have that opportunity to compete has been special—especially considering the last six months, when you didn’t know if it would happen.

“We were not allowed to get a ball out in Hamilton County until the third or fourth week in July, and a week after that we were kind of stuck in quarantine for a week because an assistant coach was exposed. The kids were just really glad once we put pads on. You could see the relief on their faces.”

Added DeBusk, “In June and July, I’m not sure we thought we’d get any games under our belt. Now we’re getting to play volleyball, cross country, golf, girls’ soccer, football.

“I’m a big believer that when we can get back in school, we need to be back in school. Kids need school, need normalcy in their lives. The kids have absolutely tried to do the best that they can, and it’s been good for them to have some structure back.”

There’s a common theme amongst all: Practice is a refuge, gamedays euphoric and complaints are virtually non-existent.

“When we began summer workouts back in June, and we allowed students back on campus with masks, social distancing, no locker rooms, there was an attitude of gratitude amongst students that was refreshing,” said CPA Athletics Director Mike Ellson. “To me one of the positive outcomes of the COVID-19 pandemic is that I believe we’re all trying to demonstrate a spirit of gratitude.

“They really had been bottled up since around mid-March, and to get to come back and simply see coaches and friends was very, very important, and very encouraging. It’s been a challenge. Looking at volleyball team huddles this fall, they’ve got to have masks on and coaches are talking with their masks on. We have extra masks available so that when students come off the floor and are all sweaty, they can grab a fresh mask and be as clean and proactive as possible.

“We feel like here at our school it has been pretty seamless. None of us are perfect, and none of us imagined we’d be part of a temperature-taking team. But we do that every day and before every event we host. And I haven’t heard any complaining out of coaches or student-athletes who have been allowed to play.”

A handful of football games have been interrupted in Greene, Knox and Sevier Counties, among other areas of the state, but largely this autumn of change has been met with a collective spirit of togetherness—even if CDC and state guidelines mandate that gameday spirit be distanced and masked.

“It is a challenge, and it goes against everything you’ve ever done as an athletic director,” said Fulton’s Jody Wright. “Normally you want as much hype as you can get, and you want to get as many people to the games as you can, sell as many drinks as you can, have the band playing right on top of the cheerleaders, playing loud, and just having that fun spirit. And you’re not doing any of that.

“But it’s like everything else, if you’re eating steak and potatoes every day, you can get tired of it. But if you’ve had a steady diet of Beanee Weenees and then you get a steak, you’re pretty darn excited about it. There is a deeper appreciation for high school athletics now from all of this.”

DeBusk tapped into his vast experience at the collegiate level—decades coaching and nearly another 10 years as athletics director at Tusculum—to help prepare Dobyns-Bennett.

“I have talked to people all over,” DeBusk said. “Georgia, South Carolina, and a lot of phone calls seeing what they’re doing and talking to a lot of people who aren’t playing yet who want to know what we’re doing.

“For our first home game we were at 50% capacity, all pre-sale, and had a great crowd. The philosophy here is that we’re going to abide by TSSAA regulations and CDC protocols. We’re going to wear a mask, have temperatures taken as they come in the gate, all of our food was pre-packaged at the concession stand and we’re doing our best to monitor social distancing, especially of our students.

“We did have some glitches along the way, but it was simple stuff, nothing major.”

Meanwhile, TSSAA’s partnership with Vanderbilt’s Dr. Alex Diamond, a nationally-renowned medical expert who’s helped to develop national guidelines for the return to play—as well as the organization’s ability to work intricately with Gov. Lee’s office—leaves Tennessee high schools on the verge of their first state championship competitions since the girls’ basketball tournament was halted in March for the pandemic.

“There’s been some adjustments, and we have to be mindful and do our very best to stay within the guidelines of the CDC and the TSSAA,” Ellson said. “If we get to stay within the guidelines and everyone follows the protocols, there’s a chance to see these seasons have a full life. That’s why it’s important. This may be part of a new normal for a long time, and we just have to adapt and adjust. What we do now in the fall will echo into the winter and spring. And isn’t that the mark of championship character, having the skill of adaptability?

“I think that’s what you’re seeing unfold right now in the state of Tennessee. And it’s an example set forth by Bernard Childress and the team at the TSSAA state office.”