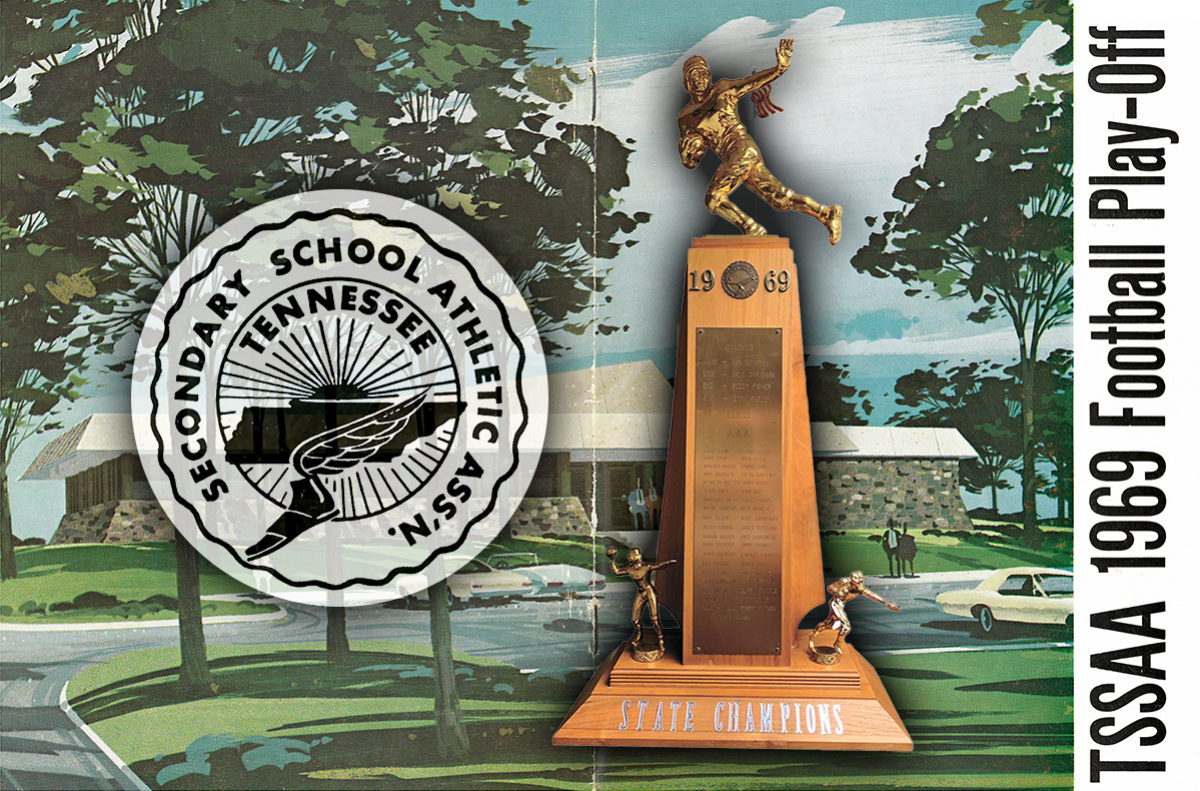 Second in a three-part series on TSSAA's first playoff champions

It has been 55 years since the United States passed the Civil Rights Act, and 50 years since Morristown East High School captured the only football championship in city history.

The two will forever be linked in Morristown history, and that of the Tennessee Secondary School Athletic Association as well.

In fact, in many ways, they go hand-in-hand.

“Integration in 1966 wasn’t easy, but the chemistry between the blacks and whites was good,” said former Morristown standout player and eventual coach, Walt Bragg. “We were very, very close then.

“We came together, and we cared for each other. We were very close, and I think that had a lot to do with us not only being successful as a team but brought the community together in Morristown.”

Added Ken Rucker, star tailback who scored the game-winning touchdown of that Morristown East squad’s 15-12 title win against Memphis South Side, “No doubt about it, it brought people together. Integration started in 1964 there in Tennessee, and of course we were coming along through junior high at that time. We all came together in 1966 at East. Yes, the civil rights movement had a big influence on Morristown. It brought our community together.”

Still coaching at that time and yet to move into a long-running and distinguished career at TSSAA, Ronnie Carter recalls the desegregation period in Tennessee, and the south, with unique insight from the example set by athletics.

“Tennessee was the only southern state that voluntarily integrated their athletic associations and brought them together,” Carter said. “Integration was in its beginning stages in the mid-60s, and then you have the football playoff in 1969, and Walt’s right, it was a major part of the success of the playoffs and integration.

“The story of integration in Tennessee is a fascinating, if not unbelievable, story. A.F. Bridges and Samuel Beasley met after-hours at the TSSAA office in Trenton to discuss the best path forward toward welcoming the schools that were members of the THSAA and Middle Tennessee Athletic Association into the TSSAA membership. No court order was ever done or needed. They knew it was time and knew the time was coming.”

On the field, it was hard to see the time was coming for that Morristown East squad. After all, in the title game against Memphis’ South Side High School, the Hurricanes were admittedly not as talented.

“The bottom line is, they were a darn-good team,” said Rucker, who shined as a player at Carson-Newman and had a transcendent coaching career that included the 2006 national championship at the University of Texas. “I think nine guys off our Morristown team got scholarships to college and a number of those guys went on and played in the NFL.

“We were really outmatched when it came to talent but we showed what a team can do with one heartbeat, one focus, one determination. Coach (Rex) Dockery had that about him as far as bringing us together, making us play as one team with one heartbeat.”

That heartbeat culminated into a single defining moment when Rucker scored what proved to be the winning touchdown in the game’s late stages to cement the three-point victory. But the foundation was poured, both he and Bragg explained, years beforehand.

“We felt we had a good nucleus, and in 1966, that was the first year when the blacks and whites came together and integrated,” Bragg said. “We knew we had a lot of good white players, and we had four or five good black players and had a chance to excel if we could put it all together. We talked about it back then, and coaches at that time instilled it in us too.”

Dockery, a Bradley Central graduate who would go on to a college coaching career ultimately halted in 1983 by his tragic death in a plane crash, had taken over the East program just a couple years prior to the title season. He had a young assistant named Dale Chrisman who also served a key role and would go on to a long-running career as head coach at Morristown West High School.

“It was a team that was destined to win the championship when you look back in retrospect,” Rucker said. “The No. 1 thing that happened, when West was built and opened in 1968, we were all allowed to stay at East and we came in together as freshmen.

“So when I think about that championship year, if that hadn’t occurred, we wouldn’t have won the game at all. It would’ve split us right down middle. But at the end of the day, we won the first State Championships in AAA.”