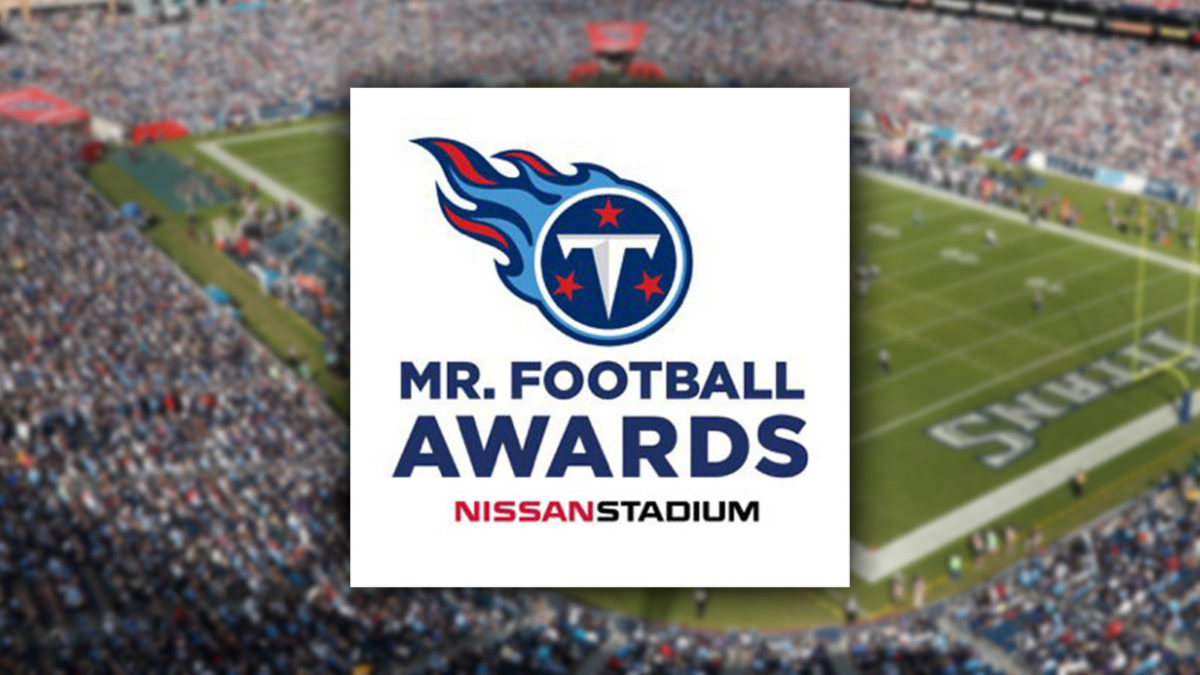 Finalists for the Tennessee Titans Mr. Football Awards to be announced on Tuesday

Awards to be presented on Monday, December 2

The Tennessee Titans Mr. Football Awards will be presented to the top football players in nine classifications of the Tennessee Secondary School Athletic Association on Monday, December 2, 2019, at Nissan Stadium in Nashville.

Three finalists for each category will be announced by Mike Keith on the Titans website at www.titansonline.com on Tuesday, November 19 at 11:00 a.m. CST / 12:00 p.m. EST. The three finalists for each award will be the ones invited to attend the awards luncheon at Nissan Stadium, where the winner of each award will be announced.

Five semifinalists for each category were announced on Thursday, November 7. There are six classifications in Division I and three in Division II. With the “Kicker of the Year” award, that makes for a total of 10 award categories.

A committee of statewide sports writers selected winners based on performance in the 2019 regular season. Academics and character were also taken into consideration. High school head coaches and members of the media nominated the finalists.

More than 400 people, including the 30 finalists, their families, coaches, school administrators and members of the media from all parts of the state, are expected to attend the 2019 luncheon.

The list of semifinalists can be found here:
https://tssaa.org/article/2019-tennessee-titans-mr-football-semifinalists-unveiled