Ellson recognized for outstanding leadership as an administrator 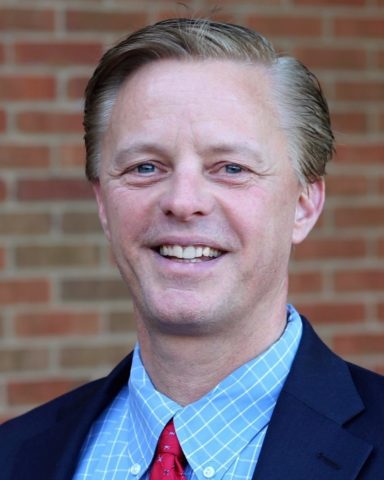 Mike Ellson figured he would stick around the Volunteer State through college and then work his way back to the Midwest.

He would gain an education, and a basketball career, at Gallatin’s Free Will Baptist Bible College, since renamed Welch College.

Now, more than 35 years later, Ellson is a fixture in the midstate and the latest recipient of the Tennessee Secondary School Athletic Association’s Distinguished Service Award for Ellson’s work as athletics director at Nashville’s Christ Presbyterian Academy (CPA).

“My wife (Mary) was from Michigan, we were married in Michigan and we thought we would go back north,” Ellson said, “but we fell in love with a special school called CPA. We just took it a year at a time, and then we said we want to raise our children at this special school and we grew to love Nashville.

An Indiana native whose New Castle Chrysler High School gymnasium is the quintessential image for a scene straight out of “Hoosiers,” Ellson first accepted a physical education teaching position at CPA back when the school only featured grades K-through-8.

“We had no sports at CPA at that time, and I think I waited less than a week and asked, ‘Can we start cross country?,’” Ellson recalled. “They gave me permission, I was our first coach and I’ve served as our only A.D. since August 1987.

“It’s been an incredible journey, really special, especially to be a part of an institution that was K-through-6 in 1985. But our founding mothers and fathers had in their heart why we started, and the most important thing we do represents the first name of our school.”

Ellson, however, represents much more than CPA on behalf of modeling programs for high school athletics in Tennessee. He’s the executive director for the Tennessee Interscholastic Athletic Administrators Association (TIAAA) and is heavily involved in the national organization (NIAAA) as well.

“Richard Carroll, from Sullivan North, was involved in TIAAA and Mr. Carroll basically took me under his wings,” Ellson said of Carroll, a TSSAA Hall of Famer. “We would go eat dinner together, spent a lot of time together; he passed away about a year ago. So my focus moving forward is to honor the legacy of the man who started TIAAA. He did not see public or private in me; he just saw a young athletic administrator trying to grow and get better for my school.”

Ellson’s school also owns another distinction: Tennessee’s only institution, public or private, to have garnered the prestigious QPA designation from the national association.

“We completed the QPA, Quality Program Assessment, and are the only school in Tennessee history to have done so,” said Ellson, who coached both boys’ and girls’ basketball at CPA and led the girls’ squad to the 2010 TSSAA State Tournament. “It’s a NIAAA program, kind of like school accreditation. It is built for athletic departments, and there’s only about 30 schools nationwide to complete QPA and we accomplished the feat in 2018. We were honored in San Antonio, and it was a great moment, a pivotal moment for us.

“It helps us see where we are at and where we can grow and continuously improve.”

TSSAA proudly salutes Mike Ellson for his years of service as an Athletic Director in Tennessee.