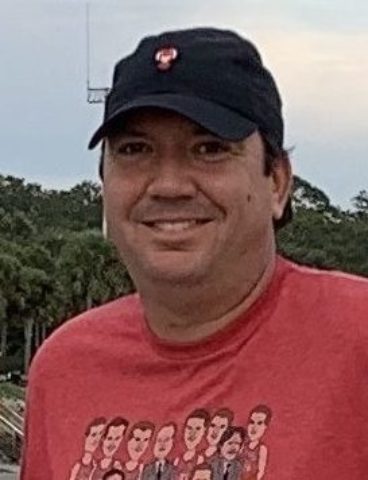 A life in athletics always seemed destined for Marty Moore.

The son of well-known and well-liked Kingsport reporter Jimmy Moore, Marty spent countless Friday nights on high school sidelines and had penned his first byline for the Kingsport Times-News by age 16.

Yet Moore, a gifted golfer who played in high school at Volunteer before earning undergraduate and graduate degrees from the University of Tennessee, carved a different path.

He settled in at John Sevier Middle School in Kingsport as a mathematics teacher and became a coach – one of many notable successes. A few years ago, Moore transitioned into the school’s athletics director role and also began to serve on the Tennessee Middle School Athletic Association committee.

Moore is the tenth and final recipient for the 2019-20 academic year to earn the TSSAA Distinguished Service Award.

“I coached girls' softball three years, took over the John Sevier baseball program when Ryan Wagner left for Dobyns-Bennett, and I had started coaching J.V. basketball as well,” Moore said. “I coached baseball for 14 years in a row. My son, Matthew, was born in 2002 and when he was about 5, I said I wanted to be able to coach him and be at his games, so I left. But I went back and coached four more years and coached him through middle school.

“Eventually I had coached 18 years, well over 500 games of different sports at that time, and it was time to give others a chance and that’s the time I became athletics director.”

Moore, however, had coached some of Kingsport’s brightest athletes along the way, including a pair of future NFL players in Daniel Kilgore and Coty Sensabaugh, and remembers current Tennessee Vols basketball standout John Fulkerson “running around at age 8 with casts on both arms, that’s how rambunctious he was.” His 2003 middle school basketball team won one of the state’s four sectional championships that year --- at that time the crowning achievement in middle school hoops as precursor to a state tournament.

Still, it’s the life lessons that both athletics and other extracurricular activities teach that Moore points toward as the treasure of his work and family foundation.

“My daughter was a Dobyns-Bennett band member and if you know anything about D-B, that’s a big deal,” said Moore, who married his high school sweetheart, Sha, now a pharmacist in the region. “I got just as excited seeing Meghan when they made it to the finals in Lucas Oil Stadium as when my son has pitched. She can really play that clarinet. And I got to see Matthew pitch one game this season in Murfreesboro before the virus ended the season.

“I’ve got a friend who made a comment to me, he said, ‘I really hope I can do for my kids what you’ve done for your kids. Because you’re there every time.’ I try to be. It does so much for your life, athletics or extracurricular activities. I enjoy my job; I really do. I’ve always told people that, if you want a different job every day, become a middle school teacher. And I truly don’t mind getting up and going to work and hearing from other athletic directors, my coaches, do all that. I think it is so vital to these kids and if I can add to that, whether from a structure standpoint or guidance standpoint, I think I have enough experiences and I want to help them.”