Dorsett recognized for service in Bell Buckle and beyond 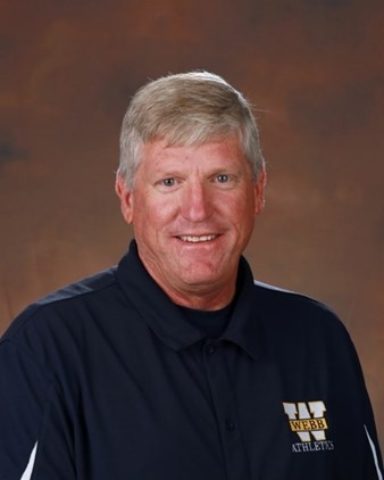 Across a decorated career, in education and in coaching, Scott Dorsett has seen just about everything imaginable at the middle school and high school levels throughout Tennessee.

Yet, it is what Dorsett saw perhaps unrealized at The Webb School that's guided him into one of the most rewarding challenges from decades in public education: the untapped potential of the school in the quiet town of Bell Buckle, nestled just off I-24 south of Murfreesboro.

“I just always thought that this place was a diamond in the rough,” Dorsett recalled. “To see the transformation and where we've come from, we're lucky to have the resources and funding and school leaders who believe in it.”

Belief in youth, in athletics and in working together all are hallmarks of Dorsett's career; they also all are reasons why Dorsett is October's Tennessee Secondary School Athletic Association Distinguished Service Award winner.

It's been quite the unique path for the former United States Air Force serviceman and one-time nuclear materials salesman.

“The Good Lord did a great job of helping me to be successful, but I just felt like I wasn't doing what was in His plan and what I really needed to be doing,” Dorsett said of his early career, which took his family to North Carolina as he hawked products in a corporate sales position. “I had always coached my younger kids and the little kids in the areas we lived, Charlotte and Winston-Salem during my corporate career. I just said, 'Man, I don't think I'm doing what's right for me.'”

Dorsett's sign to change was impossible to miss. The company he worked for at the time was sold and Dorsett was “bought out.”

He seized upon the opportunity to transition into education, attending Lincoln Memorial University's distance-learning program in Maryville to stack a master's degree atop the political science degree he had earned at ETSU.

His initial teaching stop was at Lenoir City Middle School, where Dorsett was granted an apprentice license and also began coaching at the middle school level.

But with roots in the Midstate, Dorsett and his family could not pass up the opportunity to return to the area. Dorsett logged extensive time at Blackman, Central and LaVergne, but when the opportunity arose at The Webb School, he could not ignore a gut feeling that gnawed at him to explore the situation.

That was 14 years ago, and Dorsett has helped chart an entirely new path for the school since that time.

“We loved our time at Blackman, and we still live over near Blackman, but I got the job,” Dorsett recalled about signing on to become the athletic director and head girls’ basketball coach at Webb School. “A lot of my colleagues sent me emails and sent me congratulations on my new gig, and they always seemed to follow with, 'What were you thinking?' It had been known as an academic school and not much for athletics.”

The school, celebrating its 150th anniversary a bit late due to the COVID-19 pandemic that altered life around the globe the past two years, also has seen Dorsett and school leaders implement their vision for a dramatic, first-class athletics facilities overhaul.

“Being an AD and trying to be the project manager of a $3 million project is a lot,” Dorsett said. “But it's been a great experience, and it's kind of at the tail-end of my career. It's just a great opportunity to see something like this happen.”

“For me, the biggest thing in making a change in my life (into education), is that I hope most people would say I'm in it for the kids. I'm fortunate to be on the leadership team here, and the thing that drives me and drives my heart is the kids. Still does to this day. That's what motivates me to get up here and do what I do.”

Dorsett and his wife, Kim, have two adult children: Brandon and Lauren, as well as a 2-year-old grandson who's quickly taking charge.

TSSAA proudly salutes Scott Dorsett for his contributions to high school athletes in Tennessee for many years.