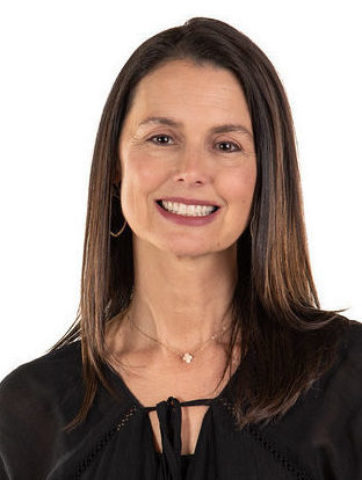 The wins number in the hundreds.

For myriad on-the-court reasons, Becky LeGate has carved a swath in Tennessee high school basketball as an iconic figure.

Yet for LeGate, the on-court accolades pale in comparison to her true joy in being a veteran high school coach of more than 25 years: it's the joy of seeing her pupils develop into citizens, executives, leaders, mothers, wives and more in their societal roles.

For all of those components, as well as the considerable on-court successes, LeGate, head girls' basketball coach at Christ Presbyterian Academy in Nashville, has been named the Tennessee Secondary School Athletic Associations' Distinguished Service Award winner for February.

“For me, it's all about the relationships with the girls and families that I coached,” LeGate said. “When I look back, yes I love the game of basketball. But that is not enough to sustain that (grind) and to sustain that passion. But what is, is just being a coach and having this amazing opportunity to really speak into the lives of these young girls. I have been blessed over my 26 years to have the most incredible girls. Now, they're all over the world. All over the country doing these amazing things.

“Honestly, that's why I haven't necessarily gone onto a different level, because where I am, I'm able to make such a difference and do it in such a way that really makes it satisfying.”

LeGate has former proteges in all walks of life. Lauren Thompson, who still holds the state record for most defensive rebounds in a single game in the state tournament, has emerged as a marketing executive for Jordan Brand at Nike headquarters in Beaverton, Oregon. Ashley Boykin, another former understudy, has emerged as one of the top realtors in Nashville's ultra-competitive market, with Boykin “setting all kinds of records,” LeGate noted.

She's also got too many former players now in various vocations stemming from the medical field to coaching and teaching. Sarah Menees, for one, is excelling as the middle school coach at Goodpasture. There are myriad others.

Of course, LeGate's family is rather synonymous with excellence in girls' basketball in Tennessee. Her father, Weldon “Jake” Gibbs, won more than 300 games as head coach at Greenbrier High School, where Becky and her sisters were an integral part in that program's success at the state tournament level.

“I always wanted to be a coach,” said LeGate, whose husband, Kevin, is also an assistant coach and athletics leader at CPA. “Growing up just as a little girl and going with my dad to games, watching him, I just loved every aspect of being a coach. The relationships outside of basketball to the teaching of the game, I loved that part. Practice is my favorite thing, and it was that way even as a player.

“I always knew I was going to be a coach, but I didn't know what level. I had high aspirations of being a college coach, but I went to Belmont and played for Tony Cross and he was an amazing coach and it was an unbelievable group of girls over my four years.”

In addition to counting the late Cross among her key mentors, as well as her father, LeGate also fashioned a strong bond with legendary former Belmont men's basketball coach, Rick Byrd.

She even served as the Byrd family babysitter during her early years at Belmont, where her husband also had served as a Byrd assistant coach.

“That's been really neat,” LeGate said of her family's evolution through basketball. “It's also been neat for my girls (Faith and Savannah) to have their granddaddy in the reverse role in the stands. It's fun.

“We are a very competitive crew. Game night, whatever we do. It's quite spirited.”

So, too, is LeGate's walk in life.

TSSAA proudly salutes Becky LeGate for her many years of contributions to student-athletes in Tennessee.