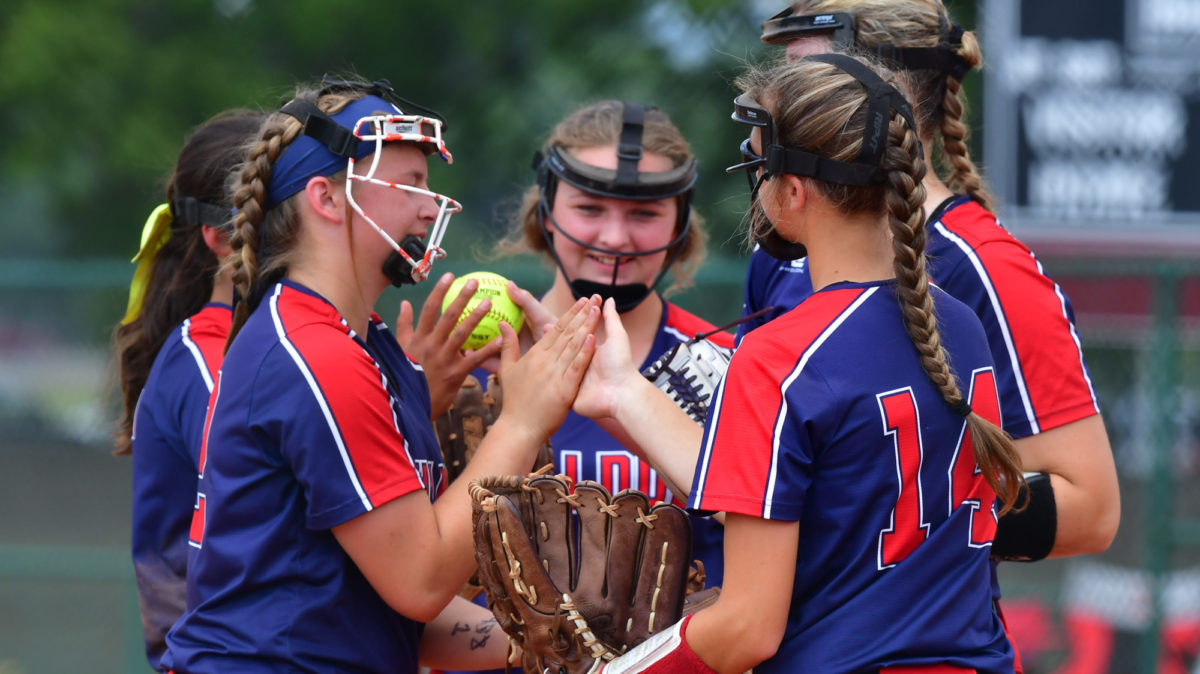 State championships to be held at Spring Fling, May 25-28

Carol Mitchell's home, or the place she's spent most of her time for the past several decades, always has been the softball field.

Gibbs High School's iconic coach, both a Tennessee Softball Coaches Association and USA Softball of Tennessee hall of famer, remembers only once since age four when she hasn't spent her spring on softball fields peppering the Volunteer State and the Southeast region. Then, last year due to COVID, that same absence happened again.

It was then that the normal cacophony of sounds at the ballpark was replaced by an entirely unnerving phenomenon: silence.

“Last year was hard,” said Mitchell, close to entering that rarefied national air of 1,000 career wins as skipper. “I tell you one of the hardest things for me was that the grass continues to grow on the softball field, and I was at school two times a week mowing grass last year. There were no sounds. No bells. No voices. No kids around.

“It was a weird feeling being on campus, doors locked, gates chained and just a weird feeling coming back and being the only person on campus or one of just a few. Strange, strange feeling. I've been at Gibbs since I was in kindergarten, minus the five years I was at Carson-Newman. Just strange.”

The unprecedented aberration of last year's pandemic-cancelled spring sports seasons – at all levels – has gradually returned almost to normal.

Mitchell's Lady Eagles, as well as prep programs throughout Tennessee and most states, are now two months deep into their 2021 season – their first campaign set to be completed since TSSAA Spring Fling 2019.

Veteran Baylor coach Kelli Smith still remembers not even getting to play a single game a year ago – and the lingering disappointment, not of lost competitions as much as forgone camaraderie.

“We were actually scheduled on that Thursday in March to have our first game of the season, and I got a message from our A.D. saying, 'Cancel the game today, we're meeting as an athletic department,'” said Smith, a 2011 Baylor Sports Hall of Fame inductee. “All throughout that day, the day after the NBA cancelled and college basketball was getting cancelled, we all knew what was coming.

“Then that afternoon to hear our A.D. deliver the message to a roomful of spring athletes, that they were sending us home for two weeks, we thought we might be looking at four weeks, a month. We were optimistic, but sad. We thought we'd lose some time and bounce back. Once the big announcement happened and the room cleared, I kept my softball girls, and it was really hard to look at my three seniors.”

The aches are perhaps now subsiding, but by no means gone; Baylor's three seniors from a year ago are now playing collegiately. Mitchell's 2020 Gibbs squad was perhaps again loaded for a deep spring run, with five seniors on the roster of the tight-knit school tucked just northeast of Knoxville.

“The farther we got into April, the realization hit that we're not going to be playing anymore, but we couldn't even prepare to be done,” Mitchell said. “It was like something just had been ripped away that can't ever be replaced. Memories, relationships, competitions. It was very frustrating.

“Your heart breaks for the kids and there's really no words that you can put to it. Nobody has ever experienced anything like this. You say, 'I hate this for you. I feel bad.' That's all you can say, but it's really deeper than that. These girls, most of them live and breathe playing softball and for some of them it was their last time ever playing. Some didn't continue on to play in college. It just breaks my heart that we didn't get to finish something some of them started back when they were really little.”

Kids are resilient – perhaps more so than adults, sometimes – but both Mitchell and Smith see in their players – and in those of their opponents, as well as coaches – a bit more gratitude at this almost-normal season winding a path to its final chapter.

“It's hard for kids, relaying that to a 15-16-17-year-old kid, go out and play it like it is your last one,” Smith said. “Occasionally, you see it through an injury or something, but I think it was real eye-opening for the kids. I know in particular one game earlier this season, we were slow to start. And I reminded them.

“'Let's go back to April 15, 2020, we're sitting at home Zooming and upset about not playing ball. Here we are. We're out here. Let's take advantage of it.' And sure enough, we go out and score six or seven runs, and it's helped them to understand that lesson. Every day is important, exciting and every chance you get, you have to try to take advantage of it.”

Mitchell now grasps what it's like to spend a spring without softball, even as her players might be fully immersing themselves in this campaign and shoving a lost season a bit further into their memories.

“They're teenagers, so they're quick to forget, 'Hey, we didn't get to play last year,'” Mitchell said. “Because we've played three weeks of March and all of April. So for them, they put that behind them pretty quickly.

“But I think for the coaches, it's an appreciation, at least for me, to be able to go out there and coach because it was just ripped away. I guess I never really thought about it, but this is my 28th year as a head coach. I never thought about not playing softball for a season. So definitely the appreciation is there. We were going to do everything in our power to make it work, whatever we have to do. Making sure our balls are sanitized or masks worn in dugouts, whatever they tell us, we're going to try to do that. We've had no overnight trips. Things that have been the norm, we haven't been able to do those things. Coaches are impacted but committed to making it work.”

Naturally. It's the Volunteer way.