Walt Vineyard has worked over 55 state events as an official 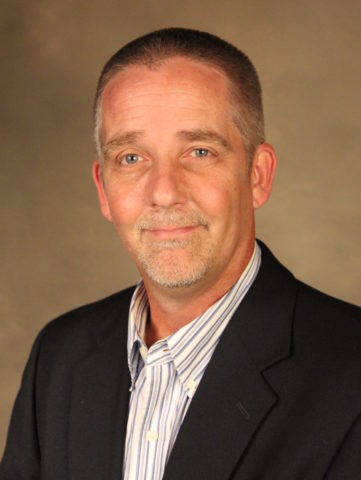 Walt Vineyard more or less was minding his own business, walking the halls of then-Bradley Junior High School in between classes.

Bill Curtis, the school's longtime wrestling coach, had something in mind for Vineyard, affectionately dubbed “Tater.”

“I didn't have any inkling about wrestling until I was in junior high,” said Vineyard, a Knoxville native and University of Tennessee graduate who spent most of his youth in the Cleveland area. “I got plucked out of the hallway by the wrestling coach, Bill Curtis, to fill a weight class (87 pounds).

“I wrestled the following day, was somehow able to win a JV match, and I've been hooked since then. That's been 40-plus years ago.”

Bradley Junior High is now Ocoee Middle School; the Cleveland/Bradley community just might be the high school wrestling capital of the Volunteer State; and Vineyard, among the most tenured prep wrestling officials in the country, is the Tennessee Secondary School Athletic Association's Distinguished Service Award winner for March.

“It's awesome; it's humbling to be honored,” Vineyard said. “I'm just excited.”

Like the walk down the hallway, this moment also changed his life.

“I got plucked out of the bleachers by the wrestling coach at Karns, Dan Dugger, and he asked me what I was doing,” Vineyard recalled. “He told me, 'Maybe you ought to officiate. You ever thought about it?'

“Two weeks later, I did my first tournament, and I've done it ever since. Then it was the Karns Invitational/Beaver Classic, and now it's morphed into the Knox Catholic tournament. I've done it for 35 years.”

In the sport, there is little Vineyard has not done through his decades of competition and service, including 31 consecutive selections to work the state's traditional wrestling championships and another 25 times on the mat for the state duals championships.

After finishing his electrical engineering degree at UT, Vineyard returned to work for Cleveland Utilities. There, he met his wife, Lesley, and they have since raised two daughters, MacKenzie and Emma. The trio of ladies have provided Vineyard a priceless support system for his calling to give back to youth and the sport that taught him so much.

“They're incredibly supportive,” Vineyard, a three-time region champion wrestler for the Bears, said. “They know from November through February, I'm going to be gone a lot of nights and weekends.

“I think that the camaraderie, giving back to the sport, the self-discipline the sport requires and teaches, all the things you hear other long-term officials say, keeps me involved. I don't really care about the compensation at all. It's the camaraderie with the coaches. I've got the best seat in the house and I know the score before anybody else does.”

Vineyard also has duties beyond competition; he's spent the past couple years as the assigning officer for the Chattanooga-region's officials' association.

Yet with nearly five decades in the sport, he doesn't plan on slowing down anytime soon.

“It's just so fun,” he said. “I'm always looking forward to the start of the wrestling season, and I am glad when it's over. But as long as I'm physically able to do it and I know that I've not lost a step, I'll keep doing it.

“I'll know when it's time. I might not get out of the bed on Sunday as easily as 20 years ago after working a tournament all weekend, but I still feel like I'm able to contribute at a high level and enjoy it.”

TSSAA is proud to recognize Walt Vineyard for his numerous contributions to high school athletics in Tennessee.