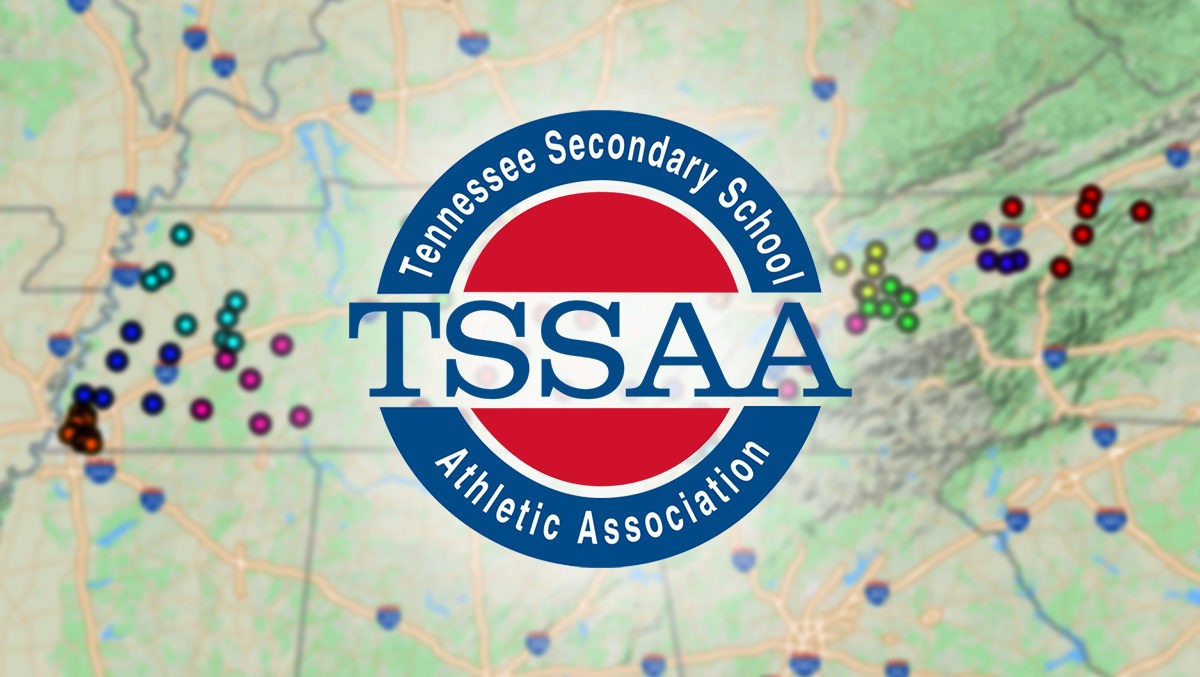 But Childress, TSSAA's veteran executive director, doesn't have any basis for something quite like this: Calculating classifications based off submitted enrollment numbers amidst a global pandemic with schools throughout the state of Tennessee operating in a bevy of models, from in-classroom settings to fully virtual to hybrid models blending classroom and online learning.

The result, however, is the two-year classifications and expanding championship offerings in TSSAA's new Class A, AA, AAA and AAAA in basketball, as well as baseball and softball. An additional class was also added in Track and Field.

“I think our schools have been looking at it for quite some time, looking at reclassification, and it is the biggest thing that we're responsible for and that we do, is we try always to create a level playing field as much as possible,” Childress said. “There are huge gaps in enrollments in our schools. Maybe when you go from AA to AAA, just those gaps in enrollments were something that schools wanted to try to get a little bit closer together if we possibly could.

“When we went to four classes, it didn't change as much as we thought. It closed the gaps some but not near as much as what some schools would like to see. But what this does, it gives more schools a chance to compete in the regular season and advance in the postseason.”

TSSAA, as it does every two years, solicited enrollment figures in September from its member schools throughout the Volunteer State. This year, however, was like no previous time.

Closing out a year in which the TSSAA suspended the girls' state basketball tournament while in MTSU's Glass House the second week of March, due to COVID-19, and ultimately shelved all winter and spring championships, enrollment figures became one more obstacle.

Sure, the numbers are submitted by each respective school to the TSSAA and verified by filings with the state's Department of Education. Still, as Childress noted, some schools literally had shifting metrics up until the evening that numbers were due to be submitted. But absent the latest data collection, schools would have entered into competition in spring 2023 with classifications still based on enrollment figures collected in fall 2016.

“It was very, very tedious, but I will tell you, how our administrators and heads of schools, as well as all of the local boards of education, and public schools, really worked hard to get us the number needed and the form was remarkable,” Childress said. “They really worked hard to try to make sure they gave us the same number they submitted to the State Department of Education. In some cases, it was all the way up until the day before we released the splits that everyone felt comfortable with some local school systems' numbers. In my years at TSSAA, this has been the most difficult time in ever getting enrollments. We feel comfortable; we talked to every school after they submitted their numbers.”

Perhaps the two main points of TSSAA's latest enrollment numbers and classification expansion for basketball and spring team sports are these: it's a two-year system, with the TSSAA Board of Control voting in late-July, mindful of the pandemic, to revisit these figures again in two years; Tennessee, as population density goes amongst its high schools, has a large number of schools clustered between the 400- to 1,200-student ranges, or what will be Class AA and Class AAA under the new parameters.

“Without a doubt, this does give more schools an opportunity,” Childress said. “I'm sure we're going to have some schools that advance further in the postseason than they've ever advanced before. We saw that most recently in soccer, when we expanded it to three classes several years ago.”

While there will be some districts with as many as seven members, most districts are being reshaped into groups of five schools with an eye on curtailing unnecessary travel – something done with both students' safety and school costs in mind.

“Anytime you expand classifications, what we are really concerned with and struggle with in our office is districts and regions and travel,” added Childress. “You want to try to minimize travel as much as possible during regular-season play. The more classes you have, the more difficult it is to do that.

“But we do the best we can and hopefully when everyone reviews the plans, schools will realize we have tried to keep them in close proximity with schools in their area as much as possible.”

As noted, these alignments will take effect in the fall of 2021 and stand for two years until they are revisited again by TSSAA and its Board of Control. School leaders have an opportunity to appeal their placement to the Board of Control at its upcoming Nov. 12 meeting at the Siegel High School lecture hall.