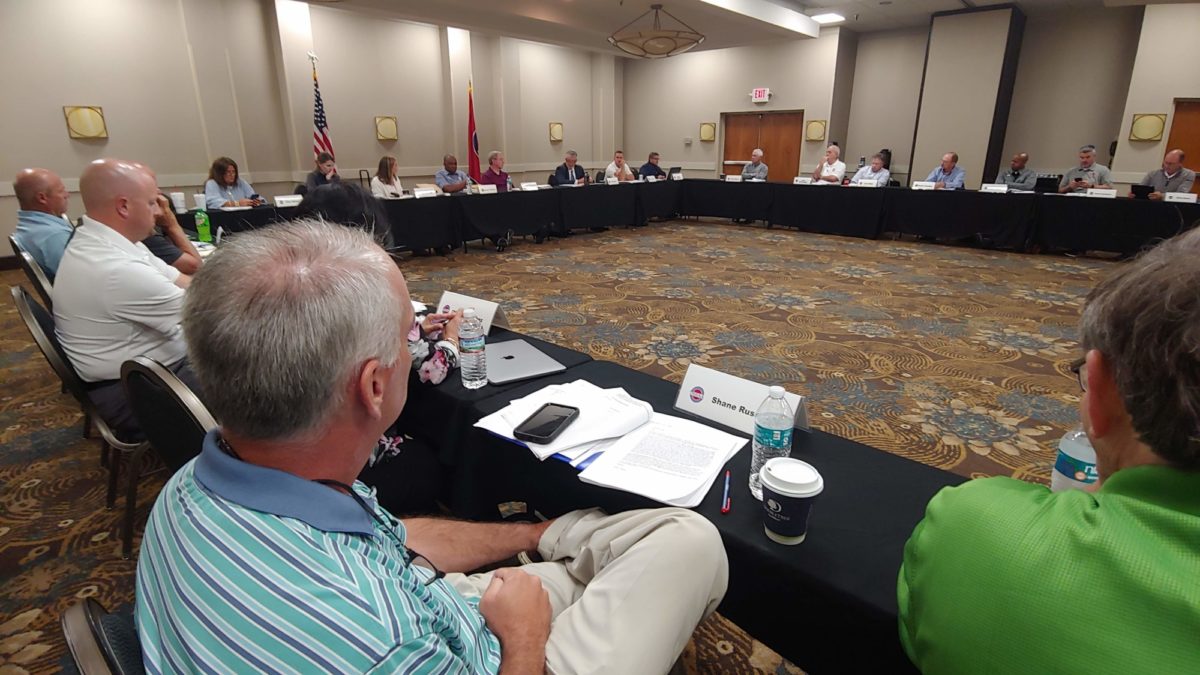 Board works through June agenda in summer meeting

The TSSAA Board of Control met on June 8 and 9, 2021 in Murfreesboro. The agenda was one of the largest in recent years with nearly 50 items for the Board to address.

The Board addressed a growing issue concerning virtual schools and athletic eligibility. The Board voted to permit the transfer of a student’s athletic record to a district-operated virtual school under the existing rules permitting transfers due to a student's reassignment by the school district.

As an emergency action for the upcoming school year, the Board voted to give virtual schools two options to choose from based on how it wishes to conduct its athletic programs. The school (1) may field its own teams, or (2) allow their students to participate in any sport at the student's zoned public school. Virtual schools who are currently members and already participating in cooperative agreements must choose one of the above options for the 2021-22 or make a special request to the Board of Control to continue their cooperative programs.

The Legislative Council will discuss this action at its December meeting and consider whether to make these rules a permanent part of the TSSAA Bylaws or to make changes as it sees fit.

In other action, the Board also voted to allow schools to return to their normal pre-season as allowed by the TSSAA Calendar and approved a two-year extension to the contract with the Rutherford County Chamber of Commerce for Division I basketball tournaments and Spring Fling through the 2022-23 school year.

A full report was given to the Board of Control by the staff in regard to the number of coaches ejected, disciplinary action and unsportsmanlike incidents investigated during the 2020-21 school year. In addition, the Board voted to resume the A. F. Bridges Program this upcoming school year. The Board of Control voted to allocate $27,000 for the athletic programs in the 27 schools with each school receiving $1,000.

Numerous changes regarding the competition format and postseason format in the sport of bowling were approved by the Board. Team format will now consist of one game of American 10-pin and five Baker games. Individuals will now qualify for the state tournament by competing in their respective Sectional Tournament. There will be four sections, each of which will be comprised of two regions. The sectional tournament is open and the lanes will be oiled using the same “sport shot” pattern chosen for the state tournament. State qualifiers will be based on total pinfall after six games. The new postseason format for bowling can be found on the Bowling section of the TSSAA website.