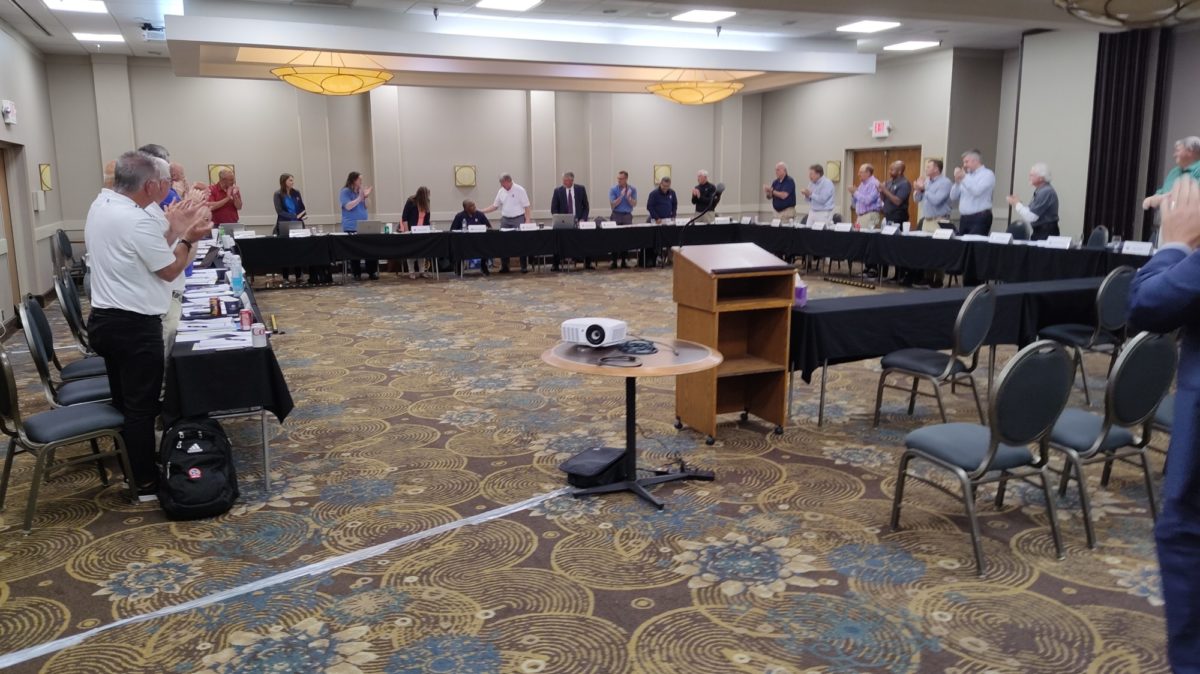 Childress closes in on final days as TSSAA Executive Director

The TSSAA Board of Control met in Murfreesboro this week, addressing more than 40 agenda items in meetings held on June 7 and 8, 2022.

The Board voted to change the football mercy rule to decrease the margin necessary to bring about a running clock from 35 points to 30 points. No other part of the rule was changed. The mercy rule in football only applies in the second half and if one team’s deficit falls under 30 points at any time, the game goes back to standard timing.

The Board also voted to return to the traditional, pre-pandemic handling of canceled football contests. Canceled games will be considered no-contests, meaning that teams will no longer receive a win if their opponent cancels, and any contract between the schools will be enforceable.

A state championship event for TMSAA in the sport of volleyball beginning with the 2023-24 school year was approved by the Board. The championship would take place in the fall. There are currently TMSAA state championships held in girls’ and boys’ basketball, softball, baseball, track and field and cross country.

The Board approved a change to the postseason baseball format proposed by Bartlett High School and the Tennessee Baseball Coaches Association, which will go into effect beginning with the 2022-23 school year. Region tournament participants must now win two games to advance to the sectional tournament. A game will be played between the semifinal round losers, the winner of which will face the loser of the region final game to determine the second team that will advance out of the region tournament. The sectional round will now become a best two-out-of-three series between the region champion of one region playing the region runner-up from the opposing region. The region champion would first host a doubleheader on Thursday to open the series, then if a game three is needed, the deciding game would be held the next day at the same site.

The Board of Control heard a report by the staff in regard to the number of coaches ejected, disciplinary action and unsportsmanlike incidents investigated during the 2021-22 school year. In addition, the Board voted to resume the A. F. Bridges Awards Program this upcoming school year, allocating $27,000 in award money for the 27 winning schools.

On Wednesday, Board president Mike Reed of Morristown West High School presented outgoing Executive Director Bernard Childress with a plaque in recognition of his 27 years of service to the association. The meetings this week are among Mr. Childress’ final official contributions as director, whose retirement begins at the end of the month. Mr. Childress used the opportunity to thank the Board for its faithful work during his tenure.

The Board interviewed finalists for the position created by the promotion of Mark Reeves to Executive Director and voted to hire Joe Blair of Brentwood High School to assume many of the duties former handled by Reeves.

The full minutes from the meeting can be found by clicking on the link below.