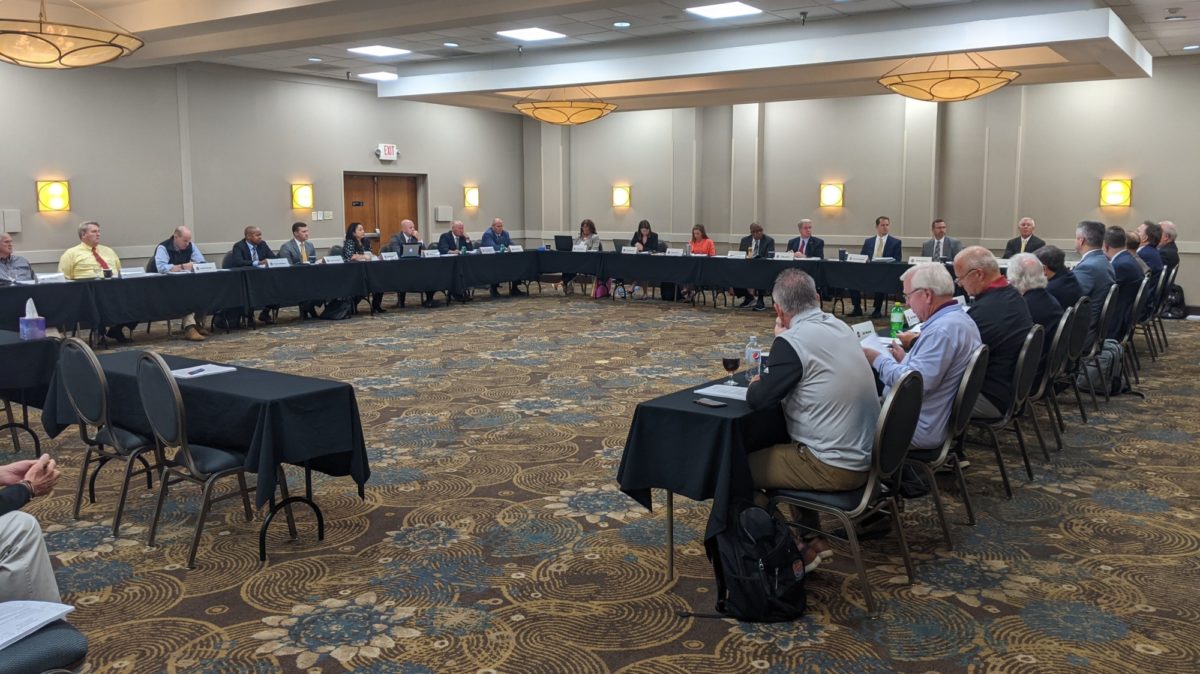 Board of Control holds November meeting in Murfreesboro

The TSSAA Board of Control met on Tuesday, November 10 at the DoubleTree Hotel in Murfreesboro.

A proposal to change the regional and sectional formats in baseball and softball tournaments from Bartlett High School and the TBCA was tabled until the next meeting. The proposal is that the region tournament would be a two-day, four team, double elimination tournament. The sectional would become a best two out of three games series.

The Board of Control took action to welcome Medical District High School for TSSAA Membership. They currently have 78 ninth graders and they plan to add a grade each year. They are under the Shelby County Board of Education. They plan to request a cooperative agreement with Manassas High School in all sanctioned sports.

The minutes from the meeting and results of all appeals are contained in the attachment below.