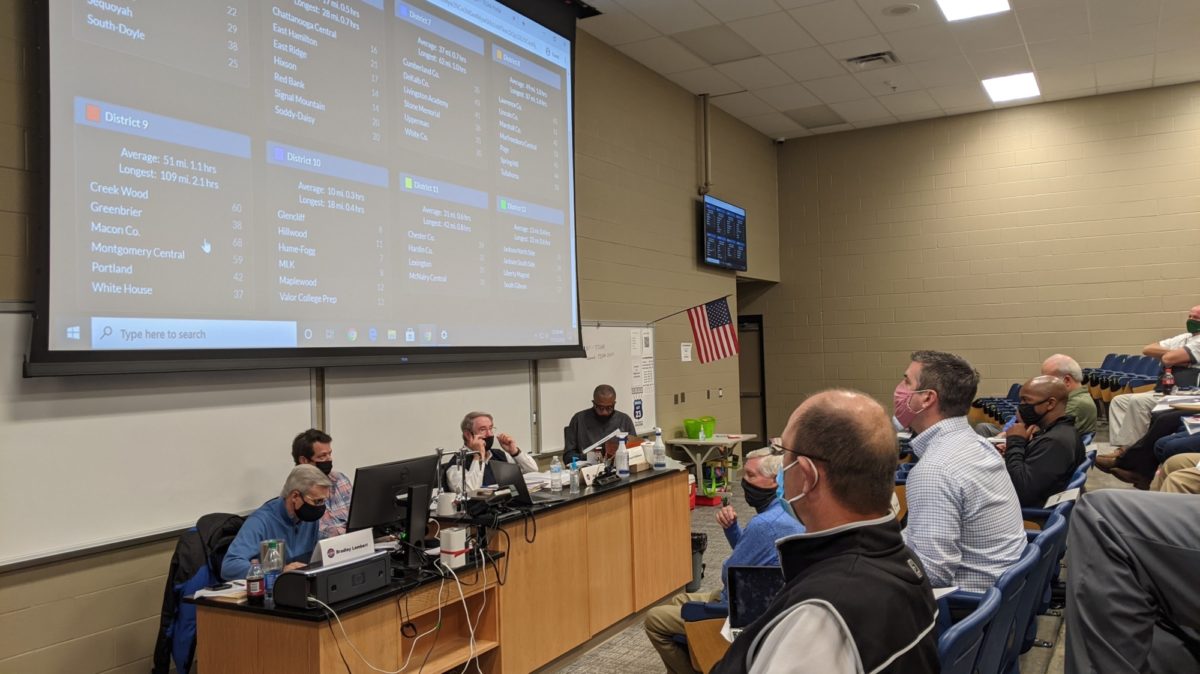 Board of Control holds November meeting at Siegel High School

The TSSAA Board of Control met on Thursday, November 12 at Siegel High School in Murfreesboro.

The Board heard an update on the recent fall sport tournament events in golf, volleyball, girls’ soccer, cross country and the upcoming cheer/dance and state football championships.

The Board of Control took action to welcome two new schools to the association.

West Ridge High School is a new school scheduled to open in August 2021 in Blountville, as Sullivan County Schools consolidate the schools at Sullivan Central, Sullivan North, and Sullivan South. They were approved for membership by the Board. West Ridge was included in the upcoming two-year classification cycle and initially placed in Class 5A in football based on the projected enrollment submitted to the state office of 1448 students for the 2021-22 school year. After hearing from the principal of the new school, the Board voted that the projection should only be based on currently available information and not be influenced by anticipated reductions in community population. The enrollment figure accepted by the Board was 1545 which will place the school in Class 6A in football. West Ridge was already in the largest class in all other sports.

The Board approved the request of United Christian Academy for TSSAA membership. It is a small Category 2 independent school with approximately 25-30 students in grades 9-12. They plan to compete in DII in bowling, cross country, golf, tennis, and track and field. The Board also approved their request to form a cooperative agreement with Bradley Central High School since the closest independent school to them is in the Chattanooga area.

Multiple appeals were presented to the Board from member schools in regards to their placement in districts and regions for the next classification cycle (2021-22 through 2022-23). The minutes from the meeting and results of all appeals are contained in the attachment below.