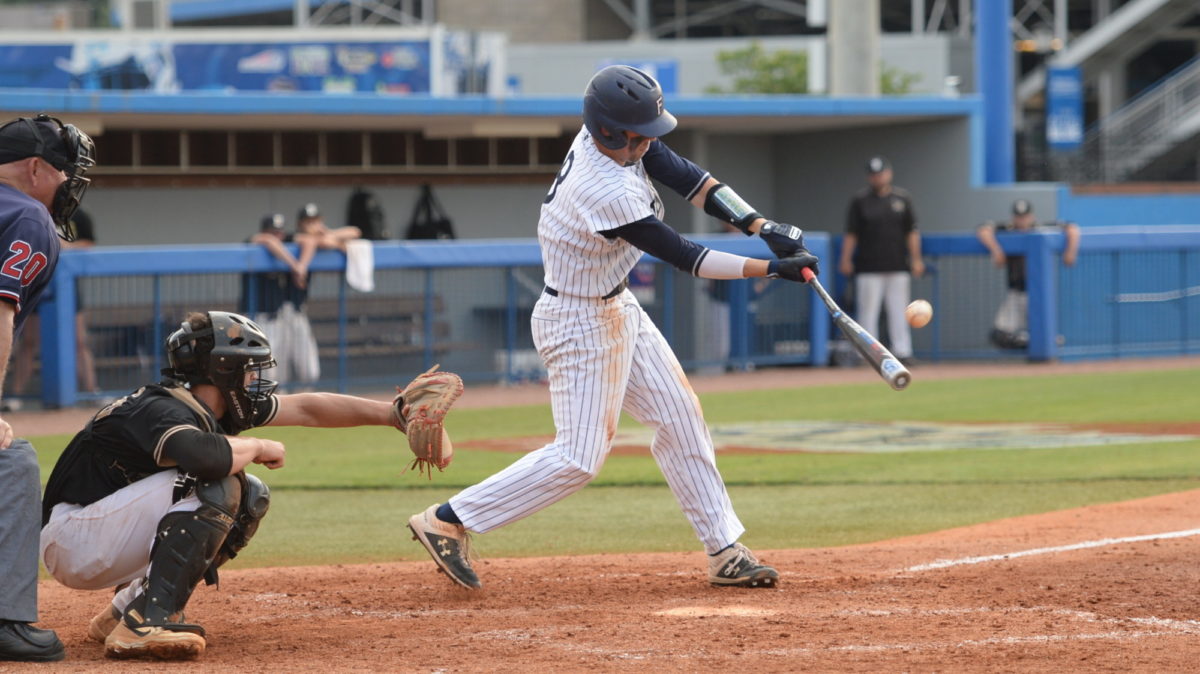 Baseball teams thankful for a return to normalcy in 2021

Yet the veteran baseball coach, winner of multiple state championships at both Farragut and now Christian Academy of Knoxville, knows it's been several decades since his last spring concluded without a baseball season.

Well, before the COVID-19 pandemic wreaked havoc on all things 2020.

“It had to have been over 30-something years; I think I've been coaching in some shape, form or fashion now for 35 or 36 years,” Pharr said. “It was a weird year for sure.

“You just hate it for those guys. Luckily we had a small senior class, but just all that was missed out on, the chance to play and be together and with each other throughout the season.”

It was only slightly less painful last year at Goodpasture Christian School, where Jim Carter's squad squeezed in seven games before society screeched to a standstill.

“Our school made the decision to allow our baseball and softball programs to take their spring break trip last year in the second week of the season,” Carter said. “There was a lot of nervousness. I was nervous. Softball coaches were nervous. We just didn't know what was about to happen.

“I can remember sharing with the staff the last game down here, it's likely to be the last game of the year. We had a couple seniors out for the year with injuries. We put them on the eligibility list, and dressed them that day. Let them play an inning of defense or get an at-bat. You could see things happening in front of your eyes (as society began shutting down nationwide) that second week.”

This week, almost exactly 14 months since the shutdown, baseball seasons throughout Tennessee have matriculated to the point where only the absolute best are left standing: Qualifiers for the Tennessee Secondary School Athletic Association's Spring Fling.

Yet it is a season with underpinnings far deeper than just wins and losses.

“I think there's definitely a sense of (saying) 'Hey let's make the most out of this thing,'” Pharr said. “We talked about it before we played (Sectional series) and a feeling of just, man, I'm thankful we're still playing. We missed this last year because there was no opportunity to do this. So have fun and enjoy it. There is pressure, but really not. We're getting to play. The guys embraced that feeling to say 'Hey, we're fortunate to be able to play.'”

Wearing the hats of athletics director and head baseball coach, Carter sees a return to the norm of simply expecting life to revert back to its previous standard.

“When I look back at the entire school year,” Carter said, “I would say when the school year started it was very obvious the appreciation that everybody had just to be out there and competing in whatever athletic event there was.

“As time went on, I started to see that appreciation morph a little bit into at various times frustration because of restrictions and unfortunate circumstances that were not within anybody's control. What I've noticed in spring, it has been the season that has been more normal than any others and so, this is just my opinion, I haven't seen it as an appreciation but just another spring. It looks like 2019, 2018, 2017.”

Still both coaches, and others around Tennessee in all sports, reveal a hole from a year ago. Not for what they missed but for those seniors who never got a final prom nor a senior day on the diamond, tennis court, track or otherwise.

“It is a family, and we only had three seniors, two of them were here this (late-May) morning at our facility, they came in to hit,” Pharr said. “We were just talking about the fact they didn't get to play. Luckily they were a part of two state championships. All three were baseball-only guys. They didn't have other sports. I hated it for them, just really sad. Heck, they didn't get to do prom, or anything really.”

Added Carter, “It hit me that it wasn't just about the seniors for me. My heart broke like everybody's did, but in our program or anybody's program, every player lost 25% of their career. They lost one out of their four years. Maybe it was their first year with a varsity program and they lost that. Maybe they were only getting two years with varsity, junior and senior year, and they lost that. You lost an opportunity to coach every kid, and that's really what it's all about.”

Through it all is an undeniable lesson of determination and fortitude.

“I think what goes through my mind is just a great appreciation and just the willingness that schools have had and the TSSAA has had to create an experience for athletes and for students this year,” Carter said. “My wife and I have a son that just graduated from Goodpasture as Salutatorian. In his speech, that was a big part of it. Challenges that existed through the year but our school always pushed through that adversity so that our students could have a great experience on our campus.

“I think that statement is true across every school system, private or public, and across the entire TSSAA. I'm certainly as a coach very appreciative of the TSSAA and Bernard Childress and his leadership to just keep grinding through the challenges and get to the conclusion of each sport.”