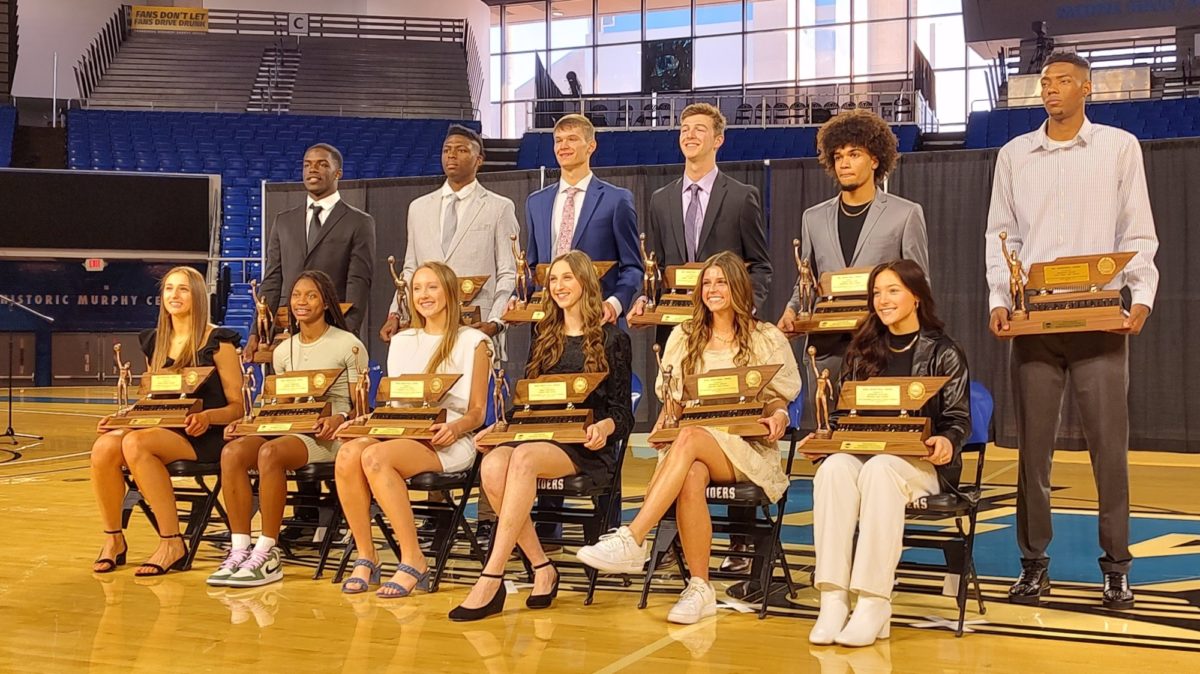 The top girls and boys basketball players in six classifications of the Tennessee Secondary School Athletic Association were honored by being named the winners of the 2022 Mr. and Miss Basketball Awards. The awards presentation took place on the floor of Murphy Center on the campus of MTSU on Monday, March 14 at 5:00 p.m.

A statewide committee of sportswriters selected the winners based on performance during the 2021-2022 regular season. Academics and character were also taken into consideration. High school head basketball coaches and members of the media nominated the finalists.

“This is such an outstanding honor for all 36 of the young men and women recognized this evening at the Mr. and Miss Basketball Awards,” said Bernard Childress, Executive Director of the TSSAA. “They were here not only due to their athletic ability that they displayed on the court throughout the season, but just as much for their outstanding character and academic achievements.”

This was the 37th year that the Mr. and Miss Basketball Awards have been presented to Tennessee’s best high school basketball players. American General was the sponsor of the event since the inception of the awards in 1985 until 2001. The Memphis Grizzlies were sponsors of the awards from 2002-2004. From 2005-2015, as well as the 2020-2021 school year due to the COVID-10 pandemic, the Mr. and Miss Basketball Awards were presented at the conclusion of each respective championship game as part of the post-game trophy ceremony.